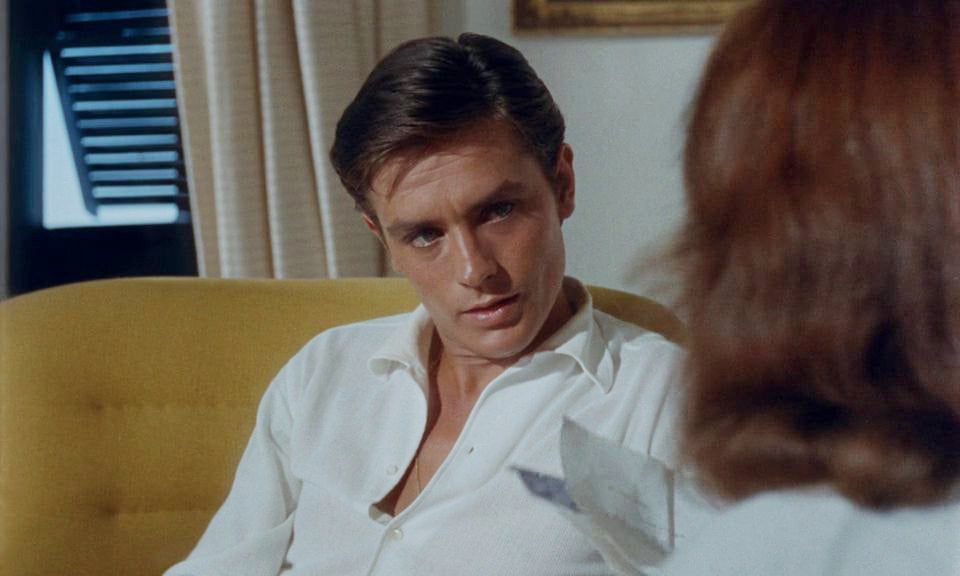 The Cannes film festival was under pressure Monday to withdraw an honorary Palme d’Or it is to award to veteran French star Alain Delon because of his alleged violence towards women.

Women and Hollywood, one of the US lobby groups at the head of the #MeToo movement in the film industry, said the decision to honour him “sucked”, while an online petition calling for a stop to the award branded the actor a “racist, homophobic misogynist”.

The row came on the eve of the opening of the world’s biggest film festival.

The controversy broke after a new movie by Franco-Tunisian director Abdellatif Kechiche was selected to compete for the top prize despite police investigating him for an alleged sexual assault on a young actress. Kechiche denies the claim.

Last year the festival vowed that there “must be zero tolerance with sexual harassment or abuse of any kind” amid red carpet protests led by Cate Blanchett of more than 80 Hollywood stars and women directors.

In a formal declaration, it said it “was time to speak out. The festival has decided to stand shoulder to shoulder with victims.”

Women and Hollywood founder Melissa Silverstein tweeted that she was appalled that Cannes was now honouring someone with such “abhorrent values”.

She said Delon “has publicly admitted to slapping women and he has claimed that being gay is against nature.”

“He has aligned himself with the racist and anti-Semitic National Front,” she added, which was founded by his life-long friend Jean-Marie Le Pen, which has been renamed as the National Rally by his daughter Marine, who now leads the far-right party.

Delon, 83, admitted hitting women in November when he was questioned on French television about claims of domestic violence from his estranged son Alain-Fabien Delon.

His son said the star of such screen classics as “The Leopard”, “The Swimming Pool” and “Le Samourai” had beaten his mother, breaking eight of her ribs and her nose twice.

His other son, Anthony Delon, took to Instagram earlier this month to confirm that he was locked in a cage with dogs by his father “to toughen me up” when he was a child.

But Cannes director Thierry Fremaux came to Delon’s defence Monday, telling AFP that “Alain Delon is allowed to think what he likes.

“I think it’s important to take a step back. What he’s said — sporadically here and there — we generalise and blend it all together.

“It’s complicated to judge someone through today’s lens, and judge things that were said and that happened years ago,” Fremaux said, adding: “We’re not giving him the Nobel Peace Prize.”

A petition calling for the honorary Cannes prize to be withheld clocked up nearly 16,000 signatures within hours on the Care2 website.

Earlier Monday the festival unveiled a huge poster of a youthful Delon which will be draped above the red carpet on Sunday when he receives the honour.

It pictures the actor in his breakthrough 1960 film, “Purple Noon”, where he played a devastatingly handsome serial killer.

Festival director Fremaux refused to be drawn on case of Kechiche — who won the Palme d’Or in 2013 with the lesbian love story “Blue Is the Warmest Colour”.

A judicial source told AFP they are still investigating a complaint by a 29-year-old actress made against him in October — although they have yet to interview the director.

The woman said she woke to find him fondling her after a dinner party in Paris in June.

His lawyers said he “categorically denies the veracity of these accusations”.

Kechiche, whose four-hour-long new film, “Mektoub, My Love: Intermezzo”, is one of 21 movies vying for the Palme d’Or, was accused of harassing and mistreating his crew on the gruelling shoot of “Blue Is the Warmest Colour”.

However, Seydoux later said that she was proud of the movie and “I really like him as a director. The way he treats us? So what!”