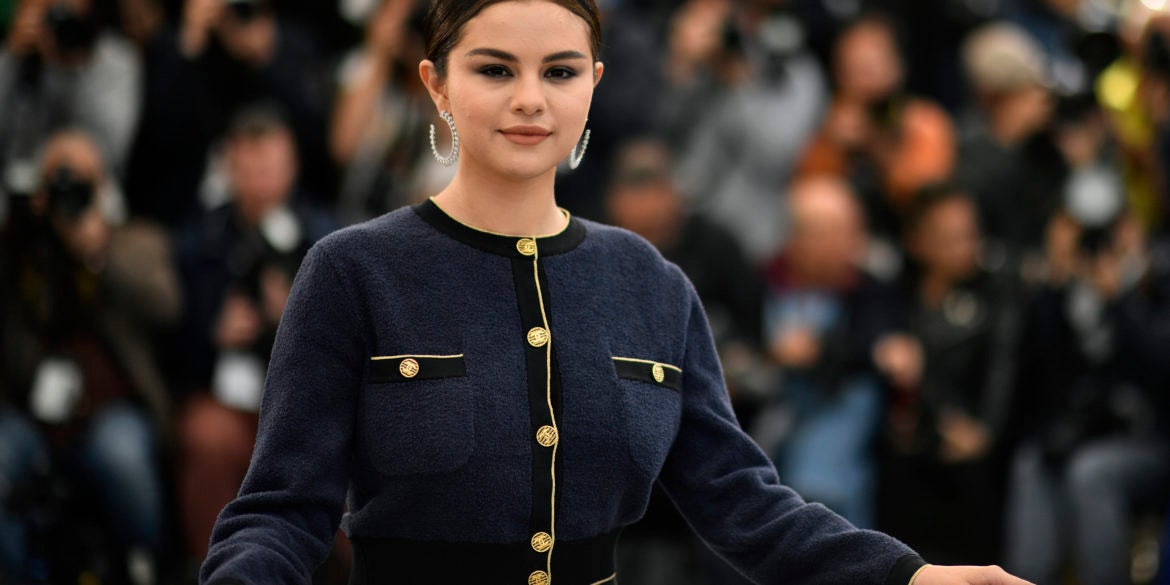 US pop singer-turned-actress Selena Gomez warned Wednesday that social media had been “terrible” for her generation but said she tried to set a good example for her 150 million followers on Instagram.

Speaking after her politically-charged zombie flick, Jim Jarmusch’s The Dead Don’t Die, opened the Cannes film festival, Gomez said the platforms that helped make her famous were destructive in the wrong hands.

“I think that our world is going through a lot obviously. What Jim (Jarmusch) gestured to in the film is that social media has really been terrible for my generation,” Gomez, 26, told a news conference.

Her comments came as a Malaysian teenager took her own life after posting an Instagram poll asking if she should live or die.

The 16-year-old from Kuching in eastern Sarawak state died after posting the poll Monday on the Facebook-owned platform.

Gomez, who has been mobbed by autograph hunters in Cannes and dominated photo spreads from opening night on Tuesday, also warned about the fake news rampant on social media.

“I understand that it’s amazing to use your platform but it does scare me when you see how exposed these young girls and young boys are,” she said.

“They are not aware of the news. I think it’s dangerous for sure if people aren’t getting the right information sometimes.”

In light of her own massive social media presence, Gomez was asked what celebrities and tech industry giants could do to make the online world less toxic.

She set out a bleak picture.

“I think it’s pretty impossible to make it safe at this point. There’s no blocking anything, they’re exposed to it immediately,” she said at the news conference with her co-stars Bill Murray, Chloe Sevigny, and Tilda Swinton.

Gomez said she was “grateful” to “have a platform” and tried to use it to “share things that I’m really passionate about”.

“I also don’t do a lot of pointless pictures. I like to be intentional with it,” she said.

On her own internet use, Gomez said less was more.

“It can be great in moments but I would just be careful and allow yourself some time limits when you use it and when you shouldn’t.”

Jarmusch’s film, a tribute to the George Romero monster movies of the 1960s and 70s, depicts a small town in Trump-era America facing an infestation of flesh-eating zombies, including one played by Jarmusch’s friend Iggy Pop.

The siege is triggered by polar fracking which scientists say has “knocked the Earth off its axis”, even as the government’s energy secretary and large gas corporations insist it’s safe.

Gomez plays a “big city hipster” visiting the town who falls victim to an ambush of zombies, who moan for the creature comforts they craved in life like wifi, Xanax and chardonnay wine.

Jarmusch, 66, is a Cannes favorite who has premiered hits such as “Broken Flowers”, “Only Lovers Left Alive” and “Paterson” at the festival.

He said he was using the zombie metaphor in his new movie to take aim at “the whole culture of commodity fetishism” as well as climate change denial.

“Watching nature decline at unprecedented rates in history is for me terrifying and concerning,” Jarmusch said.

He said despite the film’s grim message, the fervor of young climate activists gave him grounds for hope.

“We do have people that are concerned with it and are making it their focus, mostly younger people — there is optimism for sure but it’s just the timeframe is speeding up very quickly,” he said.

Murray, 68, waxed philosophical about movie acting as the seas rise and the planet overheats.

“This is my little ice floe that I stand on and I hope it doesn’t melt.”

Was it a smooch or a whisper? Bill Murray and Selena Gomez at Cannes create quite a buzz!