Was it a smooch or a whisper? Bill Murray and Selena Gomez at Cannes create quite a buzz! | Inquirer Lifestyle ❮ ❯ 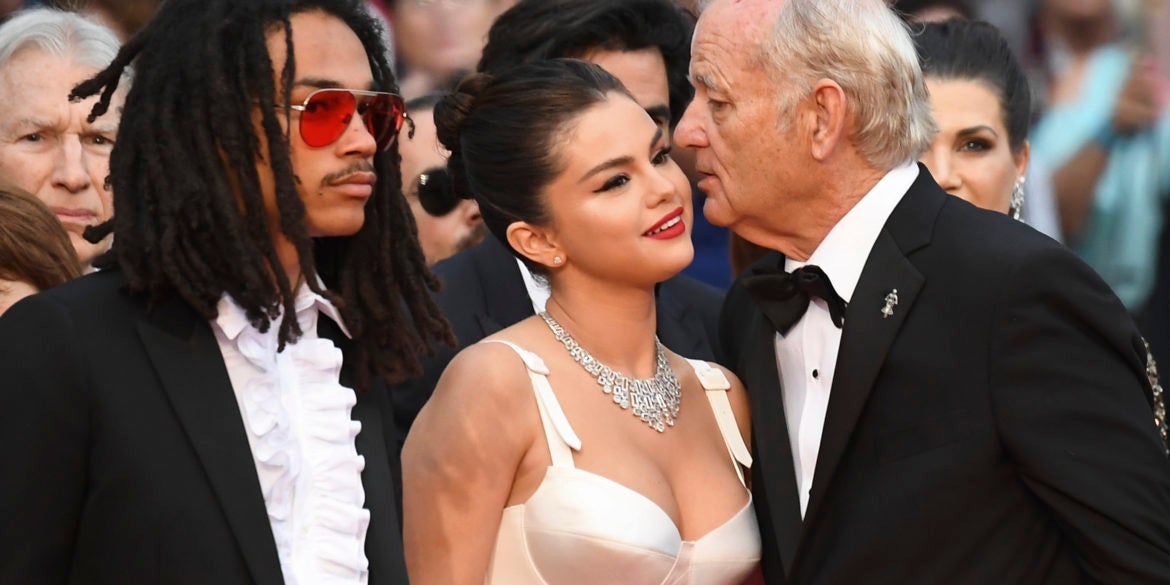 (From L) US actor Luka Sabbat, US singer and actress Selena Gomez and US actor and comedian Bill Murray arrive for the screening of the film "The Dead Don't Die" during the 72nd edition of the Cannes Film Festival in Cannes, southern France, on May 14, 2019. (Photo by LOIC VENANCE / AFP)

Was it a smooch or a whisper? Bill Murray and Selena Gomez at Cannes create quite a buzz!

The 72nd Cannes film festival opened Tuesday and the internet is already buzzing about Bill Murray and Selena Gomez — yet again!  While some have interpreted the sweet gesture as a smooch, most have commented that Murray was actually whispering in Gomez’s ear during the opening-night screening of Jim Jarmusch’s zombie comedy “The Dead Don’t Die.”

The pair was first spotted sharing a moment at Vanity Fair’s 2014 Oscar party. And now, the rest of us wait to know what funny man Murray actually told Gomez. Perhaps we’ll find out soon enough as the cast is set to make promotional rounds. Until then, stay tuned for more updates as the Cannes film festival will be a non-stop merry-go-round of movies, interviews, and parties. Below, Selena Gomez’s glam team shared some snaps and videos minutes before she walked the red carpet.

The Cannes film festival in numbers