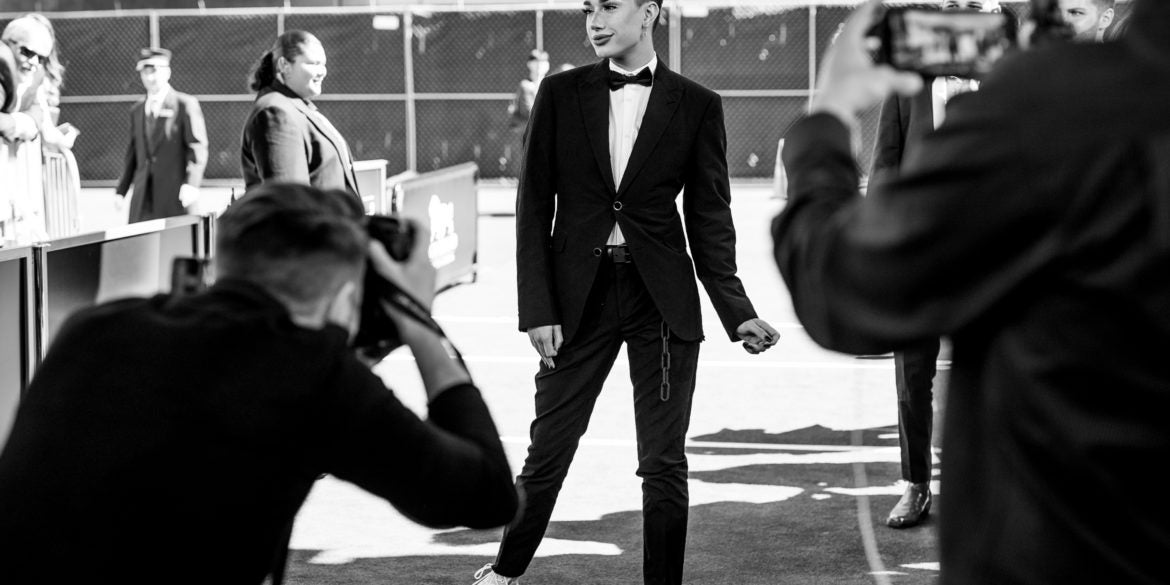 Today is officially one week since James Charles’ hell started. The flames are still going and here’s what the smoke has swallowed.

May 6: The first Monday in May

Last Monday, James Charles was the golden boy of YouTube, making an appearance on the MET Gala pink carpet. He was one of the most-followed beauty vloggers in the industry at 16 million subscribers. At 19 years old, that’s the proverbial top of the world. He was the first male endorser of Covergirl. Charles was the poster boy of dreams coming true for every kid that had a camera and a “YouTube voice” down pat.

May 10: Tati is no longer her sister’s keeper

The same Friday, Tati Westbrook aka GlamLifeGuru, and considered one of the OG beauty influencers, dropped a 43:09-minute bombshell of an exposé. Prior to this, we only saw on Tati’s and James’ respective social media accounts how they had a falling out due to an issue about sleep vitamins and brand loyalty. We don’t need to get into that because that’s not even the water which was used to make the tea.

It wasn’t just about chewable vitamins. It wasn’t about an #ad that was or wasn’t really paid for. It was about everything that makes for good tea: deception between a mentor and a mentee, the reality of sponsored posts, breaking of trust, screenshots of text exchanges.

Most alarming of all, Tati outed James Charles for being the monster he allegedly is. She stated that in several occasions James Charles allegedly abused his power to hit on straight guys, manipulating them for his advantage.

She also called out Gabriel Zamora, another YouTube beauty influencer about being “complicit” to what James had been doing.

Tati spilled it all. And she mixed that tea with some gasoline.

James released an 8:24-minute video, apologizing to Tati. He was immediately clocked for “faking” the whole thing, making himself look like a meek little lamb sans the usual face beat and the peppy “Hi, Sister!” voice. It didn’t sell. It didn’t stop the fire.

Oh, my god, James Charles’ career is dying and it’s still May 10

The live streams monitoring how many followers James Charles is losing per minute multiply. YouTube drama channels upload their hot takes on the situation. Memes have been made.

Jeffree Star, a controversial YouTube beauty juggernaut, jumps in on the whole thing. A queen of pettiness, which is another element necessary in creating a viral controversy, Jeffree tweets (then deletes) that Tati’s story is true.

On Snapchat, he congratulates Tati for reaching 8 million subscribers on YouTube. He also ends his Snapchat message with “Life has a really funny way of doing things sometimes, you guys, doesn’t it? The phoenix rises out of the ashes.”

In the video below, you will also see how viewers pointed out that in a previous video of James Charles with fellow YouTubers Shane Dawson and Ryland Adams, the latter two hint that James should stop hitting on straight guys. It serves as an additional receipt vouching for Tati’s claims.

You will also see how there’s a bit of suspicious activity going on with YouTube itself. James Charles relationship with YouTube execs got him a MET Gala invite, and it looked like that same connection was trying to spare James from more humiliation. Tati’s “Bye Sister…” video seemed to be taken down the Trending page.

Netizens also pointed out there was something suspicious as to how you don’t really see Tati’s new subscriber count when you first search for her on YouTube. The initial page upon searching for Tati’s channel will only show around 5.8M subscribers but when you go to Tati’s page, you will see how now she has 10M subscribers.

In another weird twist of events, problematic YouTuber PewdiePie gets in on the action. PewDiePie on beauty vloggers? I’m so tired, I don’t want to comment on this part of the situation. Also, it’s because we’ve published a different story about it here.

Gabriel Zamora responds via Snapchat to the accusation of being complicit. He comes to James Charles defense, saying that Tati left out a few details in her video. He plays his signature phrase: “Let’s keep it a hundred.”

There was a lot of hundreds but there were also other checks to cash in. Sam Cooke, the waiter who is one of James Charles’ alleged victims, speaks out after this.

He confirms Tati’s story and says of the final encounter with James: “He still went on to say he thought I was bisexual or gay and attracted to him when I told him different. That pretty much went on for a long time until we kinda ended it at ‘I’m legitimately feeling not anything. Please stop talking to me.'”

May 14: Trying to kill a wildfire with a bucket of water

Nikita Dragun, a beauty YouTuber who we can say is a member of James’ vlogger clique, tried to bring some clarity over the suspicious vitamin ad that led to this mess.

heard a situation needed some clarification 👀 my friend was in an emergency and texted me in the moment… unfortunately since @dragunbeauty used all of our marketing budget on the 𝓯𝓪𝓷𝓽𝓪𝓼𝔂, i connected him with sugar bear. nothing shady. pic.twitter.com/fNNtMReApm

Operative word: TRIED. Nikita was accused of faking these screenshots. And with everything that has happened so far, no one is even thinking about those vitamins anymore, Nikita.

u really think i have the time to fake texts? the only thing i edit is my waist on facetune sis. they have the screen recording of the messages 👀💯🐉🔥

The saga of a drama sees no clear end as of press time.

The controversy is not just on the usual celebrity and lifestyle publications. The New York Times released a piece called James Charles, From ‘CoverBoy’ to Canceled, which assures that those who have never even heard of James Charles previously now know him. BBC also released a story early on when James was rapidly losing subscribers.

When you have no idea who James Charles is but you keep seeing his name on your timeline. pic.twitter.com/lC6fwVzmCd

His apparel/merch webstore has been shut down earlier this week. It’s been speculated that this was a direct decision by Jeffree Star, who owns Killer Merch, the company behind Sisters Apparel when it comes to designing, manufacturing, and shipping products.

Photos and footage of James Charles at the airport have spread, as he came back to California. It’s his first public appearance since the scandal broke out. James reportedly went to Australia, leaving the LA-based drama behind earlier this week.

@HereForTheTea2 posted over on Instagram photos from the @DailyMail showing James at the airport in Australia.https://t.co/gfmE9MW5Fw

What’s the takeaway, you may ask?

This is definitely not the first controversy and tea-spilling situation the YouTube beauty community has faced and nor will it be the last. This saga will change a few things about it, for sure.

Will James Charles come out with a documentary-style vlog to redeem his name, following a trend other fallen YouTubers have started?

On a different note, this whole week also shows something beyond James Charles. It’s a reflection on cancel culture, the standards we set on influencers, and how influencer culture is a breeding ground for internet-day versions of Icarus.

What’s next?  If you want to know, there’s only one thing to do: Please subscribe!