Who Wins, Who Dies: The best, worst, and weirdest 'GoT' finale theories | Inquirer Lifestyle ❮ ❯ 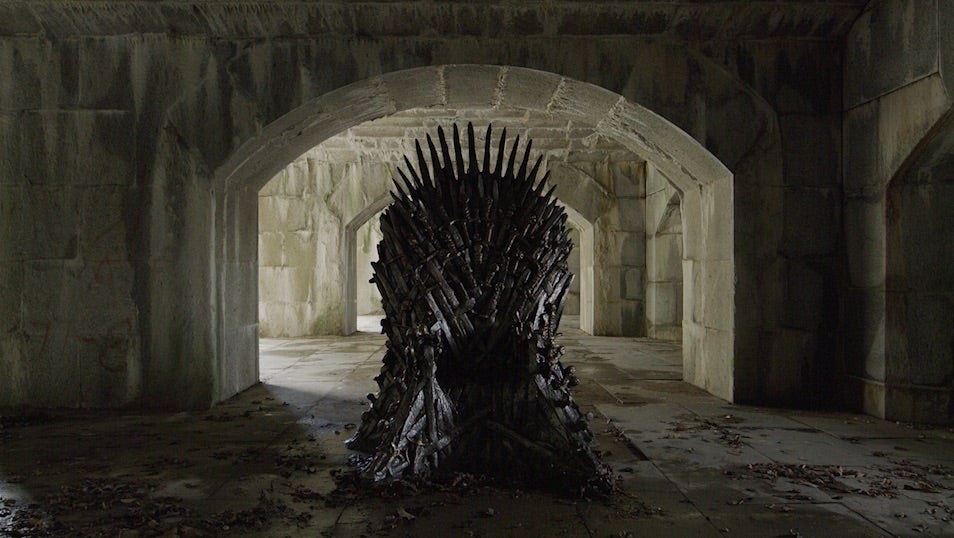 Who Wins, Who Dies: The best, worst, and weirdest ‘GoT’ finale theories

It’s been eight seasons, ten years, and probably a thousand gallons of blood. Game of Thrones has brought with it tears, laughter, and probably one of the most popular stories to ever hit HBO.

Sadly all good things must come to an end, and come this Monday we’ll have to say goodbye to the drama of Westeros. So, to celebrate what will be the last episode of Game of Thrones, here are some of the internet’s best, worst, and weirdest theories about how GoT will end.

You all knew this one was coming. After all, it’s been established that nobody can defeat Daenerys and her dragons. Get it? But in all seriousness, there is a very real chance of this one happening. Consider the situation: Daenerys is going bonkers and has one very scary dragon with her that we’ve seen burn full cities to the ground. Apparently, Euron’s ships forgot that they can mow down dragons, so now the Iron Fleet is done for. The last people who could have controlled the dragon’s fury are now six feet under. Those are some impossible odds, but there is one person who’s faced those kinds of odds to kill a seemingly unbeatable foe: Arya Stark.

Gendry will sit on the Iron Throne

My personal favorite theory and the one I’m 90 percent sure is going to happen. After all, considering how much emphasis the show puts on names and legacy, he is the only one of the remaining candidates that are truly blood-related to the actual last king on the throne. In a show where so many people have been killed in both ceremonious and unceremonious ways, the fact that Robert Baratheon’s bastard is still alive can’t be a coincidence. Up to now, he hasn’t had that much influence on anyone except Arya, but with the best assassin in the Seven Kingdoms on your side, it doesn’t seem too far-fetched to think the blacksmith’s boy might have a shot.

Look: Jon Snow has lived a hard life. A lot of the people he’s ever loved or cared about are either dead and gone or really not themselves anymore. Now he’s finding out the woman he recently fell in love with is not only his aunt but also going increasingly mad, so it’s hard not to feel bad for the poor guy. It wouldn’t be a surprise if after all this fighting he just decides to pull an Aemon Targaryen and leave the Iron Throne behind forever. This seems to be the popular theory around viewers who really just want to give him and Ghost a hug. God knows he needs one.

Bran is evil and will take control of the Seven Kingdoms

This is a theory that’s been stewing for a very long time, beginning probably around the time that Bran charged into Hodor and got him killed several seasons ago. While to many it was an unfortunate tragedy, a few shrewd viewers figured that Bran’s goody two shoes act might be just that – an act. The more that Bran uses his powers the more detached he becomes from human morality to the point where this season he’s spent most of his time sitting and waiting instead of helping his siblings protect humanity. This isn’t to mention that the Night King touched him in Season Six, and his touch corrupted every other person he got his chilly zombie hands on into White Walkers. If anyone is positioned to win the game in an upset victory, it’s Bran.

Sansa is manipulating her way to the Iron Throne

In a series filled with liars, strategists, and manipulators before, seven seasons ago you would in no way have considered Sansa Stark one of them. This is a girl who has endured death and suffering around her, but has also been witness to the masterclass of top-tier conniving people around her. According to the theory, Sansa’s playing the game and intentionally tipped Danaerys off her rocker by revealing Varys’ whispers to Tyrion, knowing that losing an adviser would help push Dany off the slippery slope to her freakout. If Sansa keeps playing this intelligently, the Iron Throne could definitely be hers.

The theory that absolutely nobody wants to come true, but narratively makes sense. Tyrion is the last Lannister, and as a Lannister he’s got too much pride to let it slide. Not only that, but after Dany’s warning that Tyrion would die if he failed her one last time he went and tried to save Jaime The internet’s guess is that he’ll be put to one last trial, and this will finally be the one where his “guilt” gets him a very permanent execution. If he does die, it provides an echo of his very first trial, and one would think that Bronn would join him for this last one too.

Probably the weirdest theory on this list, but hear me out, guys. The theory posits that Dany is somehow miraculously fertile or that Jon Snow’s reanimated Lord of Light body was raised to undo the curse. This means that by the end of the season she’s now pregnant with his child, and it is this child which is the prophesied Stallion Who Mounts the World. It’s kind of out there, but there are unanswered questions and prophecies that would be addressed should Dany have a little prince or princess. Still, somehow this one seems a little too out there even for a show with dragons and magic.

Of course, all of these are just theories—plausible ones, but still theories. Season 8’s finale has a lot to live up to, considering that every previous finale has been met with incredible acclaim. I’m no Three Eyed-Raven, so all I can tell you is that whatever happens is gonna be big but will never be big enough for every GoT fan to be satisfied. Ah well, at least we’ll have the prequels.

Is Robert Pattinson going to be the next Batman?