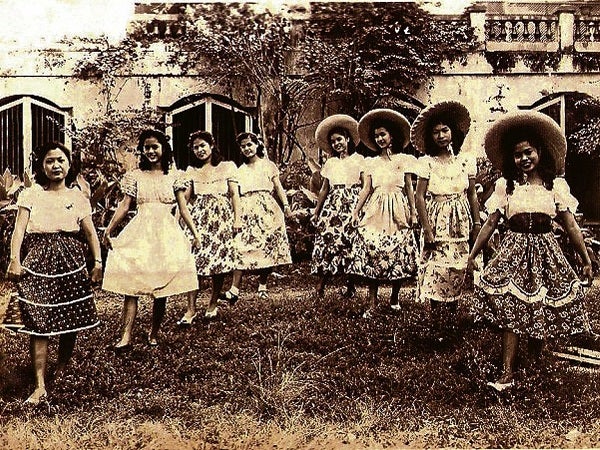 I love Belen Siasoco Jose and Lydia Carmona Santos and Sr. Perla Macapinlac and Sr. Perla Ramirez, but they cannot drag me to the 65th (platinum) reunion of our St. Theresa’s HS class. After all, I’m just an adopted alumna.

Although I studied at STC for 22 years, I am a proud graduate of St. James Academy, Class ’47, in Malabon, where our family evacuated and stayed for two years while our post-liberation house was being constructed.

My third-year classmates included Juan Ponce Enrile, then called Juanito Ponce. He was a lot older than the rest of us (22 or 23 to our nubile 16), newly arrived from Cagayan Valley, sent by his teacher-mom to look for his father who had promised him an education.

Purita Ponce Enrile, his father’s wife, an orchid fancier, lived in Malabon, and took him in, and Juanito went to school with his two pretty half-sisters, Armida and Irma.

Every day, Armida and Irma were in starched white dresses, while Juanito—horrors—wore faded jeans shrunk way above his ankles. He was never Johnny Ponce Enrile until he left for Manila to become educated as a lawyer by his father, who must have recognized his brilliance.

At St. James, we had quizzes all the time. Early Monday, our grades in all the subjects were posted on the doors of every high school class. Juanito Ponce was always the highest in physics and history and, I think, in Military Tactics (not sure). We respected him, but we were afraid of him because he was old, old, old.

He took the role of Chopin (wearing a top hat) in the school operetta “The Enchanted Isle,” and although he couldn’t sing a note, he was impressive. After that, us girls danced the Mexican Hat Dance around him.

Our teachers, Sister Aquinata and Sister Patricia Marie, loved Juanito Ponce, but then, they loved all the boys. They were always pairing us girls with one of the Malabon boys. Ramon de Jesus was paired with Zenaida Gaza, Avelino Cruz (later a General) with Belen Jocson (whom he married), and Lorenzo Onrubia with Fe Gervasio (they eloped).

Courtesy of the Cupid sisters, I became the cadet sponsor of Sebastian Santiago who lived in the house in front of the school. Decades later he married Carmen Enrile, who became a close friend of mine, but she and Banchi parted ways because Carmen is a women’s libber who asserts her own rights, and then she married an American.

Out of principle, I will not go to the rehearsal meeting for our St. Theresa’s reunion in Bel-Air, since I have no intention of showing up for the actual event, much as I love Sylvia Trinidad, who convenes these things. I have to be true to my feeling of dread about dancing onstage (at which I am lousy) or bathos when singing “We come from north, south, east and west to Sta Teresa’s Hall…”

My then best friend Nit Paez Gutierrez (now dead) and I used to watch old rickety Golden Anniversary  alumnae going up the stage during earlier reunions, wondering if they’d make it without breaking a bone. It was agony to watch, and now I am platinum! Spare me.

“Please join us today even just for the merienda,” texted dear Belen Siasoco Jose, my beloved kindergarten classmate who got married to Mr. Jose and gave birth to all those bright kids who run Arlington Funeral Homes. Lydia Carmona Santos, she said, was going to join her, and I said, why don’t the two of you just instead go to my house.

I have nice hot chocolate and pinipig and mangga’t suman and freshly made tamales, and Belen said she and Lydia planned later in the evening to proceed to the casino. I’m glad they didn’t ask me to that because I am such a nincompoop at gambling.

When we were young and my husband was still going up the corporate ladder, he occasionally took me to chill out in one of those Roxas Boulevard casinos of the ’60s. I never won a game, but I always went home awash with petty cash, because my husband would give me some small money to bet on the slot machine or other contraption (to keep me out of whatever table he was on). I would just push the money deep into my jeans and tell him I lost it all.

Maybe he suspected because he would often admonish me, “A game is just a game, blow it all!” Sometimes he won all night, but in the end would bet all his winnings on a single hand, which lost. For me, that hurt. Why don’t you just be normal and enjoy it, he’d scold me. After that, we never went.

Well, yes, once I did try to be normal. I was pregnant then and wandered to the dice table, which is pretty easy to understand, and for a while I won every roll. The bettors all around the dice table began to bet with me, and we won and won and won. Then I swept all the tokens into my pocket and cashed them. That’s what I call a good game.  Always winning!