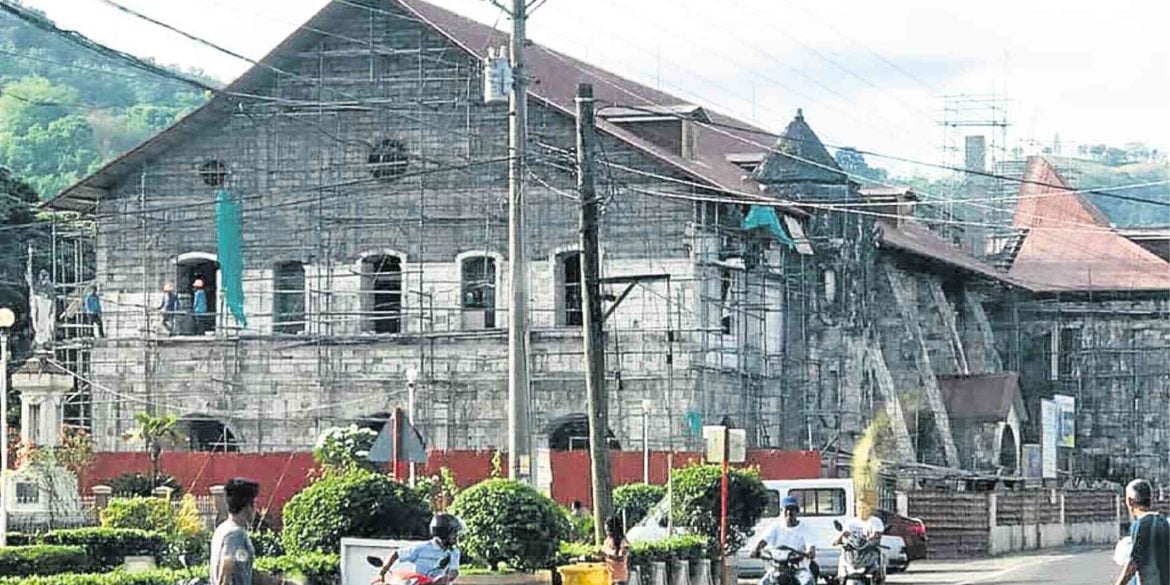 Four churches damaged or ruined by the 2013 earthquake in Bohol are nearing complete reconstruction.

The churches of Loboc, Cortes, Maribojoc and Loon are now 60 to 65 percent complete, said Fr. Milan Ted Torralba of the Tagbilaran diocese. He is also the executive secretary of the Catholic Bishops Conference of the Philippines-Episcopal Commission for the Cultural Heritage of the Church (CBCP-ECCHC).

Torralba said these churches were targeted to be inaugurated in the first quarter of 2020.

The reopening of the churches will be in time for the 500th anniversary of the introduction of Christianity in the country.

Spearheading the restoration and reconstruction of these churches and related structures is the National Museum.

Torralba said Loboc and Cortes were reconstructed using most of the salvaged materials.
New materials were utilized in the churches of Loon and Maribojoc, he added. Their foundations were stabilized.

Parishioners had wanted to have the pre-quake appearances of the religious edifices retained, and this desire guided the reconstruction, said Torralba.

Once finished, these churches will have the semblance of their previous selves, he added.

Meanwhile, Dumaguete Bishop Julito Cortes, who heads the CBCP-ECCHC, noted the “heartbreaking situation of our Philippine heritage.”
Cortes was speaking during the closing of the 11th Biennial Conference on Church Cultural Patriony hosted by Cebu.

He echoed the concerns raised by resource persons during the event on the “continuing unsympathetic remodeling of church built heritage on the basis of misunderstanding of heritage restoration or the wanton neglect of.”

He noted that there even appeared “antipathy” toward the church’s material culture that “defines and encompasses our identity” and that all of these issues continued to happen even after 11 biennial conventions.

But quoting Saint Paul, he said, “We are a people of hope.”

“No matter what, there is hope,” Cortes declared. —CONTRIBUTED