Joscephine Gomez’s singing brought me back to NY of years ago | Lifestyle.INQ ❮ ❯ 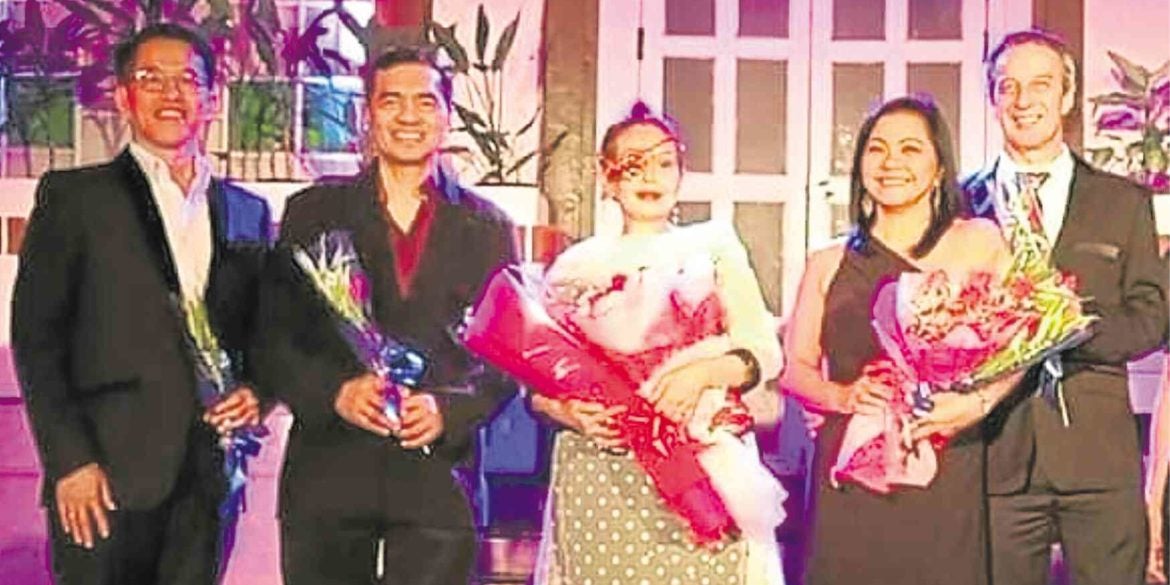 Love songs always touch the heart, but the challenge is in the artistic interpretation

When I heard that the multitalented soprano Joscephine Gomez would perform in a concert, “Voice of Love,” at the Quezon Hall of Orchid Garden Suites in Manila, I was so glad, since that was the week I would be in town for my regular medical checkup.

Why was I interested in going to this concert? Because I have followed this opera and classical concert artist’s career from the beginning, and I have also always admired her varied talents as a theater actor, TV and radio talk show host, painter, and book editor.

As a singer who cares for patients with voice disorders, and who loves her fellow singers, she has established the Joscephine Gomez Clinic for Voice Therapy, the leading referral clinic of ENT specialists in the country for people with voice problems, disability and deficiency secondary to abuse and misuse.

But this concert was even more special because its set list had tracks from musical theater, old love songs, movie themes and OPM hits—not her usual classical repertoire.

For Joscephine, who also produced her own concert, this was a way of continuously challenging herself, to explore new venues, rather than being complacent with the same classical material she has been singing for years.

Love songs are beautiful— their lyrics and melody always touch the heart. But the real challenge remains in the artistic interpretation. And this, I think, is the real essence of a true artist. For a true artist continues to mature and grow in her art. There is never a point when she feels she has reached the top. A true artist always wants more.

The repertoire was simply superb! As the opening notes to each song were played on the piano by professor Jun Cadiz, with Barry Bompor on second keyboards, one could sense the audience’s appreciation and gladness.

Joscephine had a surprisingly formidable lineup of guest artists. Mezzo-soprano Maricris R. Joaquin-Wertz, in her black one-sided shoulder tube gown, had a commanding presence as she sang her numbers with much ease and poise. Her debonair husband, Jean Marc Wertz, was equally admirable with a voice that soothed the heart.

Gil M. Vicente, a medical doctor, made the audience feel relaxed. He had an excellent singing voice!

But the real surprise of the night was Dr. Fred Hawson. No one could believe that the dashing young doctor was not a professional singer. He had a beautiful, solid voice, and as he sang “Evermore,” everyone fell in love again.

For an intimate concert like “Voice of Love,” emcee/host Dr. Philip TG Tan-Gatue, who incidentally is also Joscephine’s acupuncturist, was the right choice. Not only did he come well-prepared, he was also animated in his spiels.

Intimate, indeed, was the concert. Joscephine seemed to know everyone in the audience. She was among friends, not just a paying audience.

It was easy to know which love tunes were her favorites. They were undoubtedly “Hymne a L’amour” and “Se,” the theme from the award-winning film “Cinema Paradiso.” There was much passion and controlled emotion as she sang these numbers.

My own favorite, aside from the finale number, was “La Vie en Rose,” which she sang in perfect French with Jean Marc Wertz. It brought back memories of my wonderful years in New York many, many years ago. The vision of Grace Jones, riding a motorcycle as she mounted the stage in Central Park singing “La Vie en Rose” to a cheering crowd of a hundred thousand fans, floated in my mind.

But the finale was surely the concert’s high point. It was in singing “Il Mio Cuore Va,” the theme from “Titanic,” that Joscephine proved herself the consummate artist.

Singing it in a very high key, she ended the last line with an impressive, long-held note. What a precious voice.

Thanks to years of experience, her dedication and discipline, that voice has developed into a delicate means of conveying so eloquently the emotions of the human heart. Truly, it is God’s unique gift to Joscephine. —CONTRIBUTED

“Voice of Love” concert is available for repeat performances as a fundraiser for interested groups. Tel. 0923-5880327