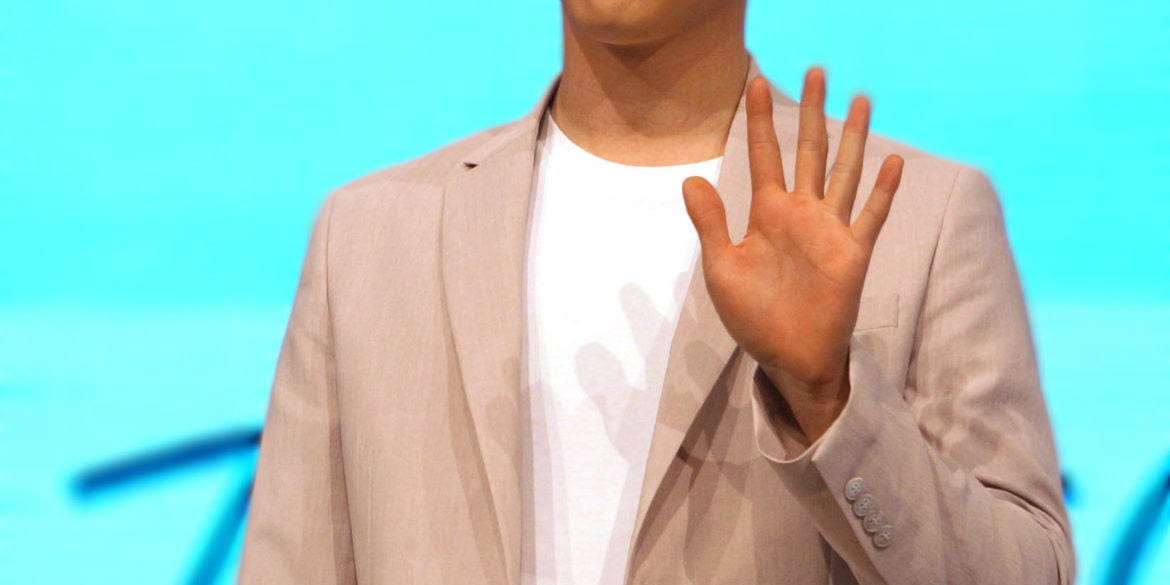 Getting charmed by Seo Kang-jun

By: Ruth L. Navarra 05:52 AM May 25, 2019
Seo Kang-jun has often been described as one of the most handsome Korean actors today. That he is a talent of Fantagio makes perfect sense.
Fantagio gained the reputation of finding gorgeous and talented rookies and developing them to their full potential. It is home to Astro’s Cha Eun-woo and Wanna One’s Ong Seung-wu.
Kang-jun arrived in Manila for the first time yesterday May 24. His first order of business is meeting the members of the press and fans at Studio 7 of GMA7 in Quezon City. It is all about the fans today because he will have his fanmeet “The Last Charm: Seo Kang-jun live in Manila” at the New Frontier Theater Today at 6 pm.
“I’ve never been to the Philippines before. This is my first time. I am excited to meet my fans,” said Kang-jun. The actor talked about how he finished filming his latest thriller drama “Watcher”.
One of his most recognizable roles was in the drama “Are you human?” He played the character of Nam-shin as both a human and a robot.
“It’s been a while since this was filmed but when I heard that this was going to be aired in the Philippines I was nervous but also very excited. It is a sci-fi, a little bit of rom-com, a little political, but I want the Filipino fans to relate to the character because it has a lot of human aspects,” he said. The drama will start airing in GMA 7 starting Monday, May 27, after “Love You Two”.
What kind of movie will his life be, he was also asked.
“It would be a documentary. I don’t think my life is a horror material (laughs). I think it will be about a guy who grew up trying his best to make it in the society, became an actor and loved what he was doing. Somehow growing in the industry and leaving a mark, eventually,” he said.
He laughed shyly when he was asked what are the things he considers his charms. He answered that appearance-wise, he thinks his eyes are his best feature. But for his internal quality, he thinks it is honesty.
At this point, Inquirer Read-Along Ambassador and event host Patricia Tumulak playfully quipped, “I could see his brown eyes from where I am. I really like his brown eyes.”
He especially showed his sense of humor when he was asked if he learned a few Filipino words.
“Kumusta ka? Mahal… Pissayo! (expensive),” he said with a straight face. When the crowd laughed, he broke into a huge smile.  He knew the joke landed.
Fans Stephanie Joy Broces and Aileen Velasco won the raffle to join the press conference. They both said that their favorite part was when Seo Kang-jun gave a message to fans like them. His words?
“I hope we can all make wonderful memories tomorrow. Mahal kita,” he said.
““The Last Charm: Seo Kang-jun live in Manila” is presented by CDM Entertainment, MaxPerience and Fantagio Group.