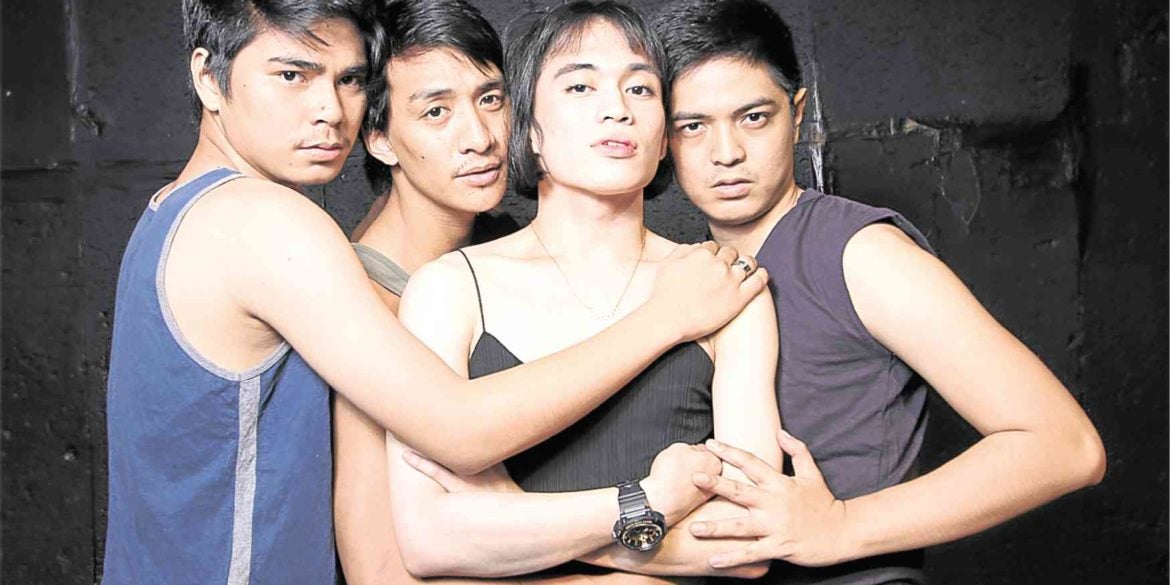 The cast of Rick Patriarca’s “Wanted: Male Boarders,” which will premiere at Virgin Labfest 15 —VIRGIN LABFEST

The 15th Virgin Labfest (VLF), which received a record 207 submissions, marks a milestone in the history of this festival of one-act plays.

Under the theme “Titibuk-Tibok,” this year’s VLF, which will run in various venues of the Cultural Center of the Philippines June 19-July 7, is expanding its slate of activities and finally widening its audience beyond Manila.

The most significant new initiative to be launched alongside this year’s festival is an expansion to Cagayan de Oro, cheekily named Extra Virgin Labfest (EVLF).

EVLF director Hobart Savior initially conceived of a separate Mindanao-based festival with playwrights Rody Vera and Layeta Bucoy, before deciding to integrate it in the existing VLF.

“In the process,” Savior says, “we will all [come together] and collaborate in order for us to reflect on Mindanao voices, aspirations and experiences, and expressions of imagination, lore and realities.”

Though EVLF has already received 11 entries (to be narrowed down to seven to nine featured plays), the festival is hoping to extend its deadline for submission to June 30. Savior hopes to see more material from Mindanaoan playwrights that deal specifically with Mindanao culture, folklore and recent events such as the siege of Marawi City.

Similar to this year’s VLF, EVLF will have lectures on Philippine and Mindanao theater, multimedia exhibits, book launches and an artists’ night. Opening EVLF will be a set of one-act plays first seen at the VLF: Savior is looking forward to the staging of Dominique La Victoria’s “Ang Bata sa Drum,” Guelan Luarca’s “Bait” and Alexandra May Cardoso’s “Ang Sugilanon ng Kabiguan ni Epefania.”

The introduction of EVLF into national theater will not only widen the reach of the festival, but also create new possibilities for playwrights who previously only had to consider a Manila-based audience.

Davaoeño playwright Karl Caminade (whose work, “Ang Pagbabalik at Paglisan,” is one of the six new pieces to be performed as staged readings at the VLF) sees EVLF as an opportunity to expand his voice.

For other playwrights, while the expansion of the festival comes as good news, the larger audience does not affect their process.

Juliene Mendoza, playwright for the staged reading of “Multiverse,” adds, “What’s important is sincerity. This is what connects the artist with the audience. The VLF is the perfect venue for writing about what’s honest and real and human.”

The other new plays to be performed as staged readings are “Mula Kina Cain at Abel” (Mikaela Regis), “Lit” (Emmanuel Feliciano) and “Mema” (Joey Paras).

VLF 15 will also see the introduction of “Once They Were Virgins”—two sets of staged readings featuring the first works of established playwrights.

For this inaugural installment, plays by Jun Lana, Chris Martinez, Liza Magtoto and Chris Millado will be performed.

Aside from the 25 one-act works to be performed in the festival, a playwrights’ fair runs June 29, 1-8 p.m., when visitors can attend talks, speak to featured playwrights and buy their books.

The fair will also allow the artists to read excerpts from their own works, meet with prospective producers for future projects. Plans for a library exhibit featuring original manuscripts and works by various playwrights are also in development. —CONTRIBUTED