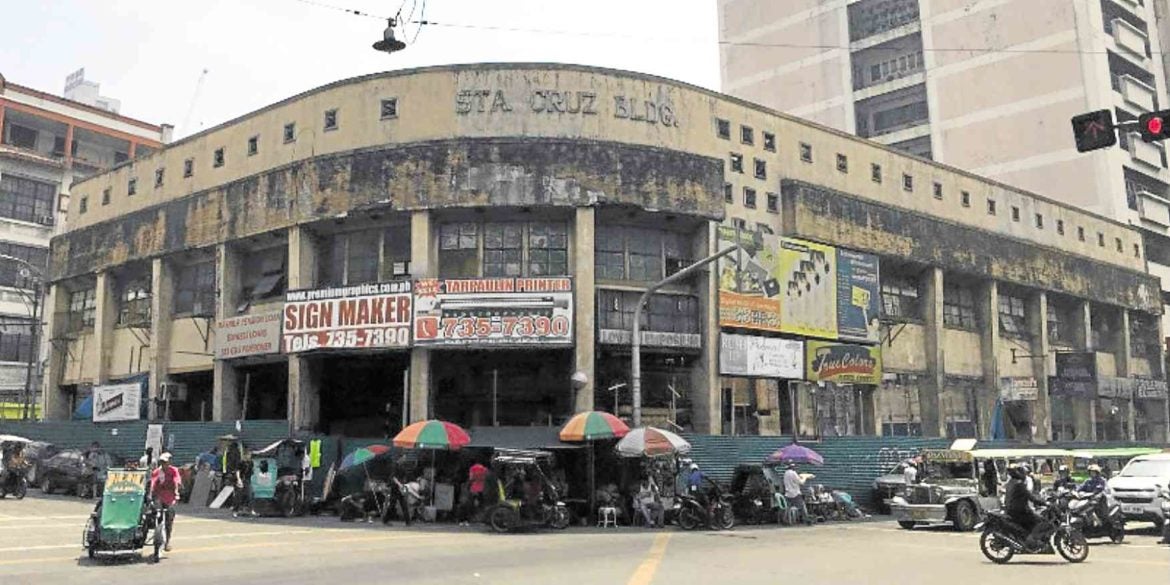 Manila Mayor Joseph Estrada has failed in his bid to be reelected for a third term last May 13, but before leaving City Hall this June, he has given the go-signal for the demolition of yet another heritage structure in the Philippine capital: the Santa Cruz Building located on Escolta Street across the Santa Cruz Church.

Since the convicted plunderer and ousted president became mayor in 2013, City Hall has enabled the demolitions by commercial developers of several heritage structures, much to the dismay of heritage advocates and Manila old-timers.

But in the latest development, the National Historical Commission of the Philippines (NHCP) has intervened and issued a cease-and-desist order (CDO) against the demolition of the Santa Cruz district heritage structure.

The NHCP said the building is a “presumed important cultural property” under Article III, Section 5 of the Republic Act 10066 or the National Cultural Heritage Act of 2009.

In the CDO to the developer Universal Realty Corporatio, NHCP head Rene Escalante said the building must be preserved and protected and that any development must be coordinated first with the historical commission.

“All activities affecting the Sta. Cruz Building are hereby suspended upon receipt of this order,” said the NHCP head. The CDO also directed the developer to submit the as-built and development plans.

But Wilmer Godoy of NHCP’s Historic Preservation Division told the Inquirer that the developer had not yet coordinated with them since the CDO was issued on May 7.

“As of now, the management has not yet submitted the development plans,” he said.

“Since they have not conformed yet to the requirements, the CDO stays,” he added.