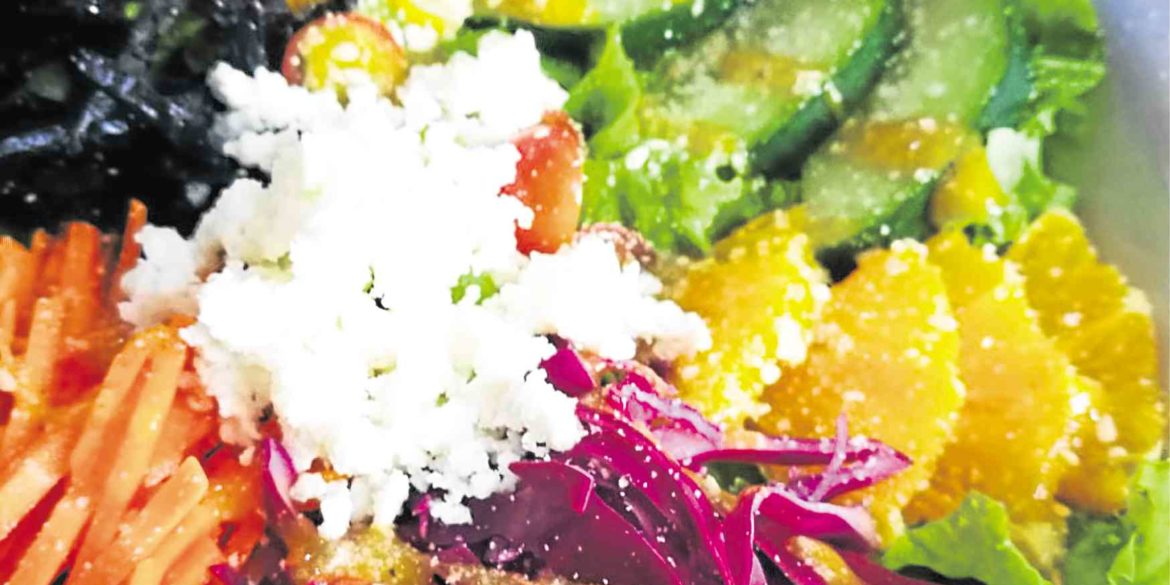 New foodie finds to try in the province, when you’ve had your fill of ‘bagnet’ and ‘empanada’

Ilocos Norte will always hold a special place in my heart because childhood Christmases and summer holidays were always spent in Laoag, my mother’s hometown.

Our preferred mode of transportation from Manila was the night bus because even if it takes anywhere from eight to 10 hours, we would sleep through the night and wake up in time to be greeted by the sight of the city’s welcome arch and its famous “sinking” bell tower. It didn’t matter whether we were there for three days or two weeks; we easily settled into our routine of extended meals at home, beach trips to Currimao and afternoon empanada runs in Batac until it was time once again to make the trip back to Manila.

We continue to draw comfort from these family traditions, but as one businessman recently said, “You can only eat so much bagnet, longganisa and empanada on your vacation.”

Six months ago, three Laoag-based “mompreneurs” came out with a range of grazing trays—cold cuts, assorted nuts and cheeses, dried and fresh fruit and crackers arranged on wood blocks and boxes. Their home-based business, The Beautiful Mess (tel. 0917-7147058, 0928-1045531), was launched in time to ring in the New Year and proved a hit with families who loved how festive and different each tray looked.

Now, they get hired to oversee the appetizer tables at weddings and baptisms where, aside from showcasing their artfully messy handiwork, they also offer “walking nachos” (store-bought chips topped with cheese and salsa) and flavored panna cotta in thimble-sized shooters.

Businessman Mon Manotok who operates the Kingfisher resort (www.kingfisher.ph) in the seaside town of Pagudpud, a few months ago opened North Beach Camp (www.northbeachcamp.ph) several hundred meters away.
The small-sized resort with IG-worthy sunset views is made up of five huts where couples can experience glamping at P1,800 a night on weekdays. There is also a two-story beach house set apart from the thatched-roof huts complete with creature comforts for P15,000 a night.

“I initially wanted to keep the place private but when people saw or heard about it, they asked if they could stay over,” Manotok told Inquirer Lifestyle.

“We started offering a trash rebate where guests who booked the huts could get a P300 discount per night if they took their trash with them when they checked out. So far, everyone has availed themselves of that rebate,” he said.

There is a small store on site selling snacks and soft drinks but guests are allowed to bring in their own food and drinks. He also collaborated with a number of restaurants and food purveyors (“They’re all friends of mine”) so that guests who book at either Kingfisher or North Beach Camp can choose from Ilocano fare (La Preciosa), Japanese dishes (Izakaya 104), American-style barbecues (Smoke), or burgers and fries (Duke’s Food Truck).

Toshinori Kimura and his Filipino wife Edna had no intentions of opening an izakaya. The retired couple had been looking for a beach-front property and settled on Pagudpud after checking out potential sites in Camiguin, Cebu, Batangas and Zambales.

“My husband grew up and lived in a cold mountainous part of Japan that’s why he wanted to retire in a place by the sea,” Edna said.

Kimura does his own marketing, meticulously choosing produce and seafood for the restaurant that is open only by prior appointment. The local fishermen contact Manotok who then informs Kimura if they’ve brought in a particularly good catch. Kimura also indulges in fly fishing, one of his favorite hobbies.

For lunch two weeks ago, Kimura prepared tuna carpaccio, his take on kinilaw, that was topped with chopped red chilies and calamansi. Instead of serving the fish submerged in vinegar, he arranged it on a bed of tart, thinly sliced turnips. This was followed with chopped veggies dipped in batter and fried, and thin wheat flour noodles (somen) dipped in a sauce of mirin, soy and dashi.

Like Izakaya 104, Duke’s is only available via appointment or prior reservation (0917-5274001). The food truck also makes the rounds at various events like the recently concluded Miss Ilocos and Ilocoslovakla (gay) beauty pageants in Batac and Laoag, and the Himala sa Buhangin sculpture park in Paoay.

Its owners, all avid surfers, stick to a short menu consisting of burgers and fries, and fried chicken wings. Their Mahi-Mahi burger is delicious and comes in a thick, juicy slab not a patty.

“When the waves are on, we’re not working,” said Russell Thomas. “When there are no waves, that’s when we work.” Alma Oida and Darill Roudaris share kitchen duties, Michelle Martinez handles logistics, and Thomas oversees accounts and the upkeep of the truck.

They only really started making the rounds two months ago but word has spread since then and now people can book the truck for private parties. “For a minimum of P10,000, we can roll up to your party whether it’s in the beach or in town, and prepare freshly grilled burgers and beers for eight hours,” Thomas said.

Tucked in the side of a building across the Museo Ilocos Norte in Laoag City is Good Vibes Café (tel. 0915-4309488). The tiny café owned by C-Joy Salvador has been open for three years but transferred to its current location eight months ago.

Salvador had long wanted to open her own restaurant with a healthy bent, and finally worked up the nerve to do it after quitting her corporate job in Manila.

“The food here is healthy, affordable and delicious,” Salvador said. She infuses her dishes and coolers with herbs like basil and tarragon, rosemary and lavender.

“Dill grows wild here in the province but few people know how to use it in their cooking or are aware that it is actually edible,” she said

Try the Kapurpurawan Pasta whose cream sauce is flavored with thyme, and topped with flaked sinuuban (smoked fish from the town of La Paz). Salvador recently added to the dessert list vanilla ice cream infused with Bailey’s liqueur and topped with—wait for it— caramelized longganisa bits. It was a studied pairing of sweet and savory.

Apparently, when in Ilocos Norte, you can never have enough longganisa.