Danger: You can get rabies even from a scratch | Inquirer Lifestyle ❮ ❯ 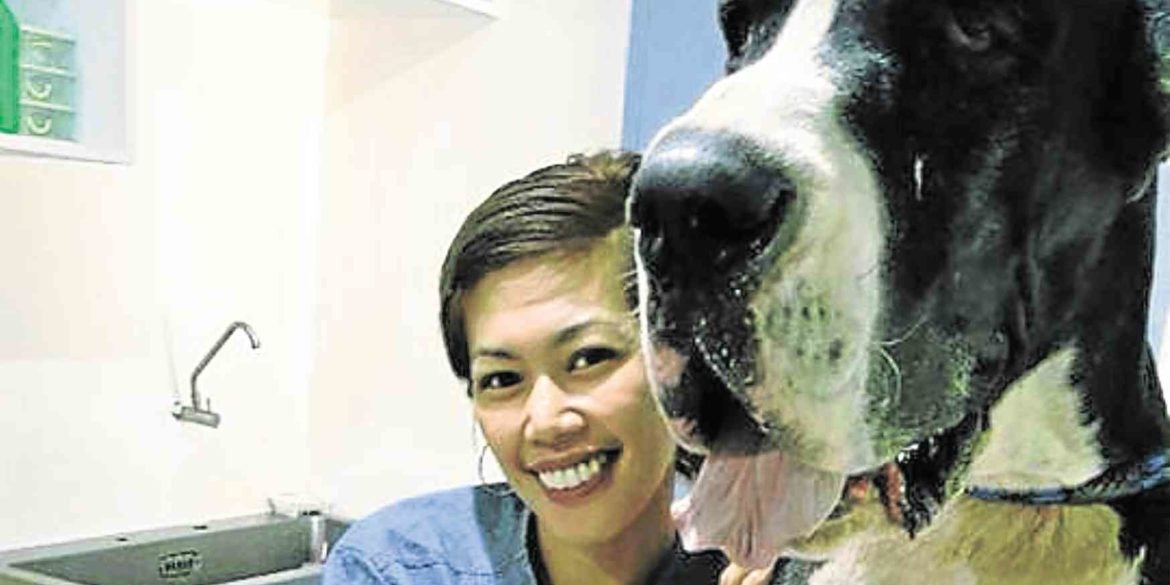 Dr. Maricelle Licuanan Resurreccion with her patient, a Great Dane: It’s best to vaccinate your pets—and there are postexposure vaccines, as well.

Danger: You can get rabies even from a scratch

All the virus needs is a point of entry, like broken skin

Rabies infection, when left untreated, is often fatal. So fatal, in fact, that the moment symptoms begin to manifest, death is inevitable.

A month ago, the death of a young Norwegian girl bitten by a stray puppy while on holiday in the Philippines made the news. According to various reports, the young girl died about two months after the puppy bite.

“The virus incubation is normally from 20 to 60 days, depending on the size of the bite. If the bite is near the brain, like on the arm, then it’s around five days,” said Dr. Maricelle Licuanan Resurreccion, founder of the Philippine Pet Birth Control Center.

While you get infected with rabies when bitten by an infected dog or cat, it can be just as fatal when a rabid dog or cat with saliva-infested nails—say, one that has been licking its paws— scratches a human. Although it is highly unlikely to contract rabies from a scratch, it can still happen.

All the virus needs is a point of entry, Resurreccion said, like broken skin. She said, however, that not all dogs or cats infected with rabies show aggression. Initially, there is no way to tell if an animal is infected. If you walk on the streets and encounter an infected dog or cat, you would not be able to tell it apart from those that are not infected.

There are two forms of rabies: paralytic and furious. The early stages of rabies infection in animals will only show mild symptoms. Furious rabies in dogs manifests in extreme behavioral changes, such as aggression and attack. Dumb or paralytic rabies is marked by weakness and loss of coordination, followed by paralysis.

Rabies is a fast-moving virus. So if your dog got bitten or was in a fight with another animal or has been scratched, you must take your dog to the vet immediately, even if your pet has already been vaccinated. You cannot risk leaving anything to chance.

“The only way to be sure is to get a sample of the blood,” Resurreccion said.

A dog or a cat is not born with rabies. That’s a common misconception, Resurreccion said. Dogs and cats can only have rabies if they are bitten by a rabid animal.

“Once tested and confirmed for rabies infection, that dog, or that human, is almost certain to die,” she said. “That’s why it’s important to get tested and vaccinated once you suspect you’ve been bitten. Do not wait for the symptoms. When symptoms appear, it will already be too late.”

According to the United States’ Center for Disease Control and Prevention, once the symptoms begin to show, the disease is almost always fatal.

The 24-year-old Birgitte Kallestad is the first rabies-related death in Norway in 200 years, according to BBC. She had reportedly received small scrapes from the puppy, and washed and sterilized them, but never sought medical treatment.

“Do not pet dogs or cats you do not know, even if they are friendly. Ask the owner’s permission first. For stray dogs and cats, if you see one and you feel sorry for them, call animal rescue. Only professionals, or someone vaccinated, should handle stray dogs and cats,” Resurreccion said.