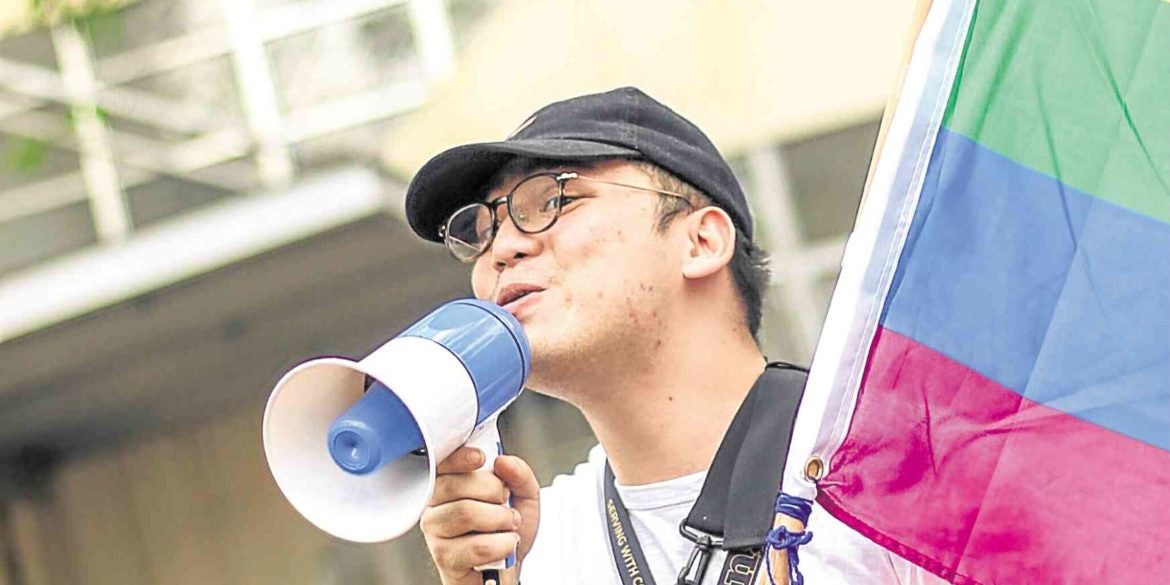 ‘Hope is here. Be confident of your own identity and allow your strengths to shine—strengths that will contribute to a better world and the common good’

Just months after the historic passage of the Ateneo-Loyola Schools’ Gender Policy, the entire Atenean community celebrated another landmark event on March 15, the Ateneo Pride march, “One Big Pride.”

After years of lobbying for gender equality and representation on campus, Ateneo, through its Sanggunian ng mga Mag-aaral ng Paaralang Loyola (Sanggu) and the school administration, finally passed in December 2018 a policy that aims to build a “gender-inclusive, gender-responsive and gender-safe” university.

“Hope is here. Be confident of your own identity and allow your strengths to shine—strengths that will contribute to a better world and the common good,” said Ateneo vice president for the Loyola Schools Dr. Maria Luz Vilches. She was addressing the members of the Lesbian, Gay, Bisexual, Transgender, Queer/Questioning, Intersex, and Asexual (LGBTQIA+) community in the Ateneo.

Apart from recognizing LGBTQIA+, #OneBigPride was meant to celebrate women, too. “Gender equality is not just about the LGBTQIA+ community, it’s also about women,” said Sanggu president Hyacenth Bendaña.

Sanggu Commission on Gender Equality co-commissioner Ramon Tanjuatco added: “It was only through love that we finally have a voice—finally won over hate.”

In her speech, Bendaña emphasized that all love is valid. She also recounted the struggles of the LGBTQIA+ community: “It’s been a long battle. And some of you are still fighting. We want you to know that we are proud of you, and that you deserve every good thing in this world.”

Since #OneBigPride, efforts have been made to make the Ateneo a more inclusive environment for the LGBTQIA+ community.

The Loyola Schools (LS) Gender Hub provides a safe physical space for LGBTQIA+ members in the LS campus. And the Sanggu Commission on Gender Equality intends to make #OneBigPride an annual event.

“At the end of the day, pride is a celebration of a community that values diversity, acceptance, and love, above all else,” said #OneBigPride project head Rodrigo Bengzon. —CONTRIBUTED