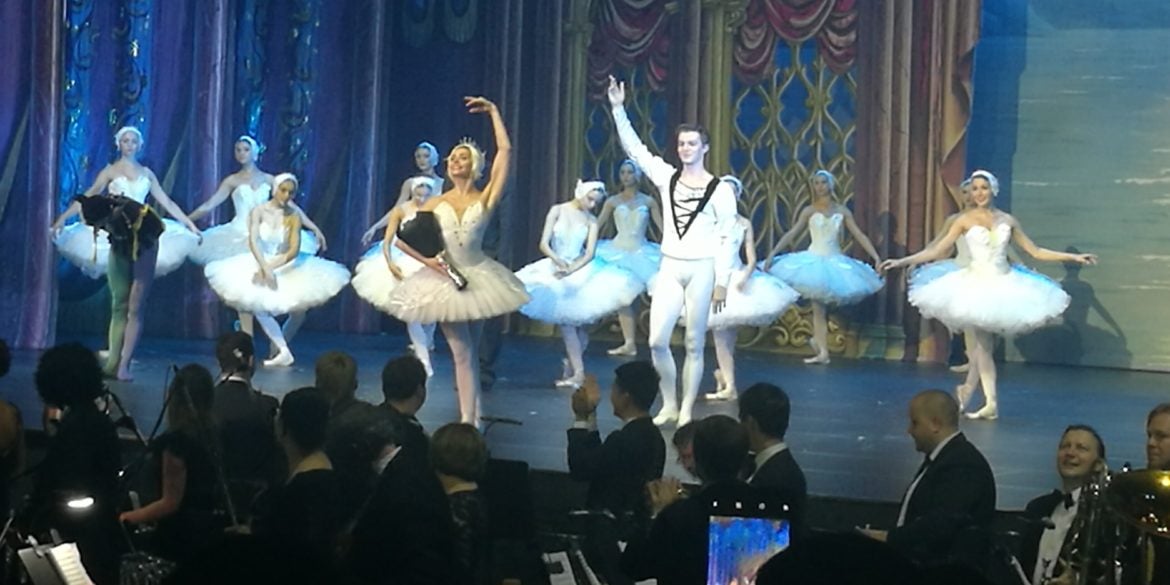 The popular ballet, featuring members of Bolshoi Ballet and the Russian Symphony Orchestra, runs until June 22 at the New Frontier Theater

Stunning individual and ensemble performances, classic choreography and dramatic music marked the June 20 show of “Swan Lake,” one of the world’s most popular ballets, at the New Frontier Theater in Quezon City.

The production, featuring two members of the legendary Bolshoi Ballet, Nina Kaptsova and Alexander Volchkov, and accompanied by the Russian Symphony Orchestra, is on a week-long run until June 22 at New Frontier.

Said to be  based on Russian and German folk tales, “Swan Lake” is about Odette, a princess turned into a swan by an evil sorcerer’s curse, and Prince Siegfried who falls in love with her.

The music was composed by the world-renowned Pyotr Ilyich Tchaikovsky.

The combined elements of romance, drama and tragedy were illuminated in the awe-inpiring performances of Kaptsova and Volchkov, as well as the rest of the cast, composed of 36 members of the Moscow Ballet.

Providing the mood and atmosphere, especially to the twists and turns in the story, was the 36-member Russian Symphony Orchestra.