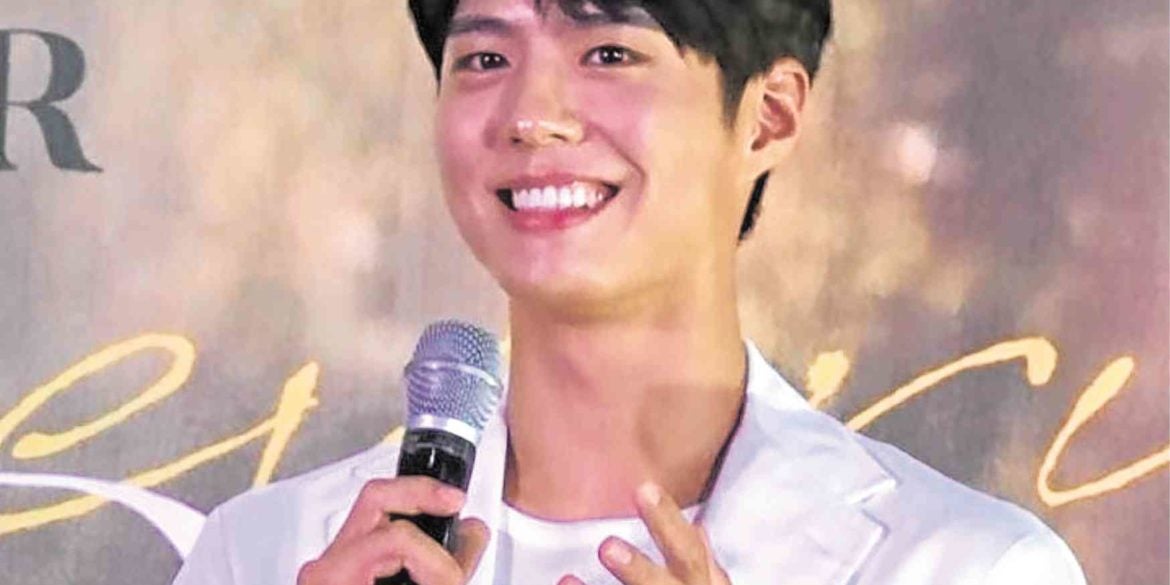 Park Bo-gum at a press conference on Friday, June 21 —PHOTOS BY EDS GARCIA

‘Let’s have fun… and make a good memory together,’ says the Korean star who staged his first ever PH fanmeet this weekend at the Mall of Asia Arena

Park Bo-gum off-screen is as beautiful as the Park Bo-gum onscreen—and this isn’t just about the fresh, boyish features of the young Korean superstar, or his lean, slender figure that’s built for menswear fads.

In fact, save for the gold buttons on the cuffs of his preppy white blazer, the actor actually had nothing else to embellish the look he wore—rounded out by a basic white tee, cropped slate-gray trousers and black patent leather loafers—to the press conference at Sofitel Philippine Plaza the day before his fanmeet at the Mall of Asia Arena.

Staged by ABS-CBN and Ovation Productions in partnership with Park’s agency, Blossom Entertainment, and with support from the telecom service provider TNT, the actor’s June 22 get-together with his Filipino supporters was the latest in an Asian tour dubbed “Park Bo Gum: May Your Everyday Be a Good Day.” The fanmeet series kicked off January in Seoul, with stops in Japan, Thailand, Singapore, Hong Kong, Indonesia, Malaysia and Taipei.

Originally scheduled in April, the Philippine leg was pushed two months later due to the spate of earthquakes in the country.

Now that the 26-year-old Park is finally in Manila, flashy style statements are least of the fans’ expectations of him, though, indeed, he had been honored for Best Style at the Baeksang Art Awards in 2016. 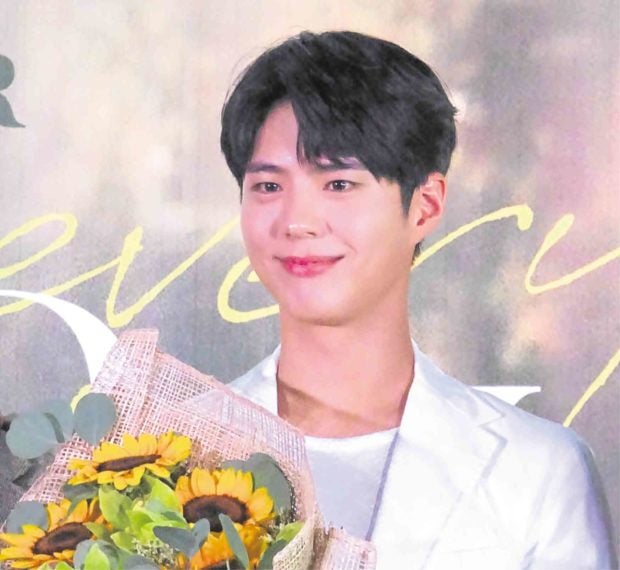 At the Manila press event, the man referred to as “The (Korean) Nation’s Boyfriend”—a moniker earned by the perfect chemistry Park establishes with his onscreen leading ladies, as well as the impeccable manners and behavior spoken of highly by the Hallyu entertainment industry—impressed fans and the media by conducting the entire Q&A in English even if he had host-moderator Sam Oh, a fellow Korean, and an interpreter with him onstage for the 16-minute media session.

It’s not every day an Asian celebrity of Park’s stature, especially one who’s a triple threat (someone who can act, sing and dance), would visit and engage his audience in a way that forfeits the conveniences arranged for him.

“I really appreciate the fans. Regardless what language they speak, they are sparing their really precious time for me. So I prepared for the tour hoping that they’ll have a good day.”

“I think [it’s] thanks to the characters in the drama… and the beautiful landscapes of Korea,” he said when asked what he thought made “Love in the Moonlight” popular with Asian viewers, taking little credit for himself when answering other similar questions.

Told to describe what sets him apart from his peers and how he had amassed a huge following in the country, he replied: “It’s my first time to have a fanmeet here… so I haven’t met my fans yet. I’m just grateful… I [actually] want to ask them what they like about me.”

In introducing the upcoming film project “Seo Bok,” Park even mentioned his costars with the Korean honorific “sunbaenim” though Gong Yoo sunbaenim and Jo Woo-Jin sunbaenim weren’t around to appreciate the show of respect.

And then, just before leaving the press event, The Nation’s Boyfriend bid his fans goodbye with a fun invitation:

“It’s (the fanmeet) really [meant for us all to have] a good day, [something] that we can enjoy together… If you know the songs, please sing and dance along.”