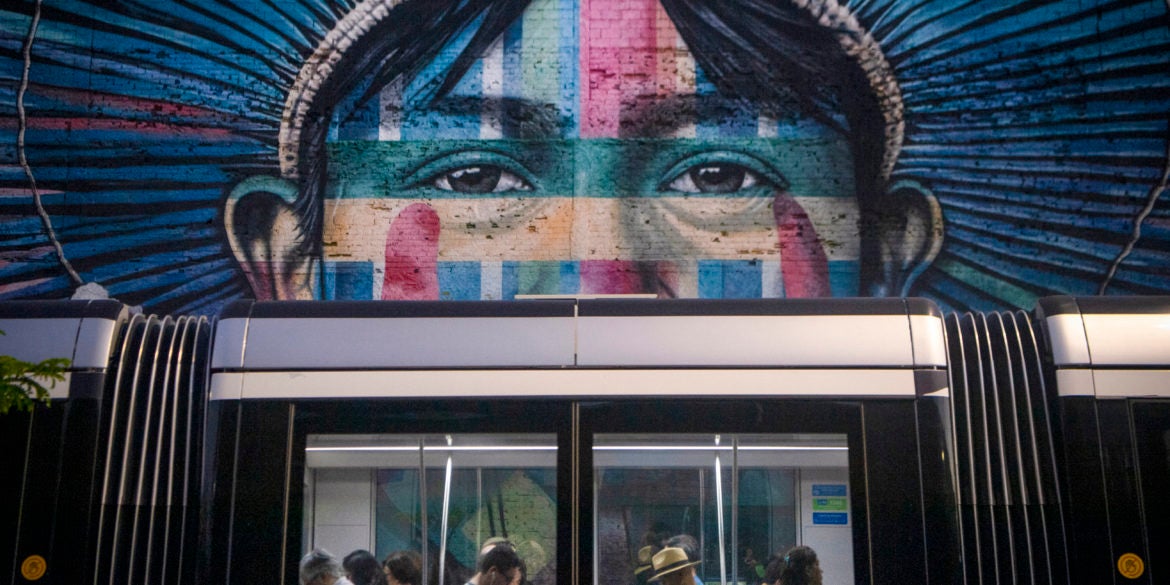 In a ruling earlier this week, the Rio Court of Justice said a law introduced last year allowing and regulating performance art inside metro and train cars was “unconstitutional.”

“It is up to each person to choose, according to their values and convictions, what type of art to attend and at what moment,” Judge Heleno Pereira Nunes said in a decision supported by the majority of the court.

Passengers should be able to “exercise their right to tranquility, which is not possible when exposed to shouting and loud noises from musical instruments.

“Under the pretext of spreading their ‘art’, various groups practice political and ideological indoctrination,” the judge wrote.

Edson Ramos, representative of the Metro Artists group, told AFP the court’s decision was “arbitrary, without hearing the artists.”

The artists are considering lodging an appeal, while others thumbed their nose at the ruling and continued to perform in carriages this week.

“We are not there just to pass around a hat, but also to make a positive contribution,” said singer Dener Rangel Alves.

“Today a passenger told me that my music soothed his soul.”

MetroRio, the private operator of the city’s metro system, told AFP it would comply with the court’s decision.

But it promised to expand a program that currently allows registered artists to perform inside three stations.