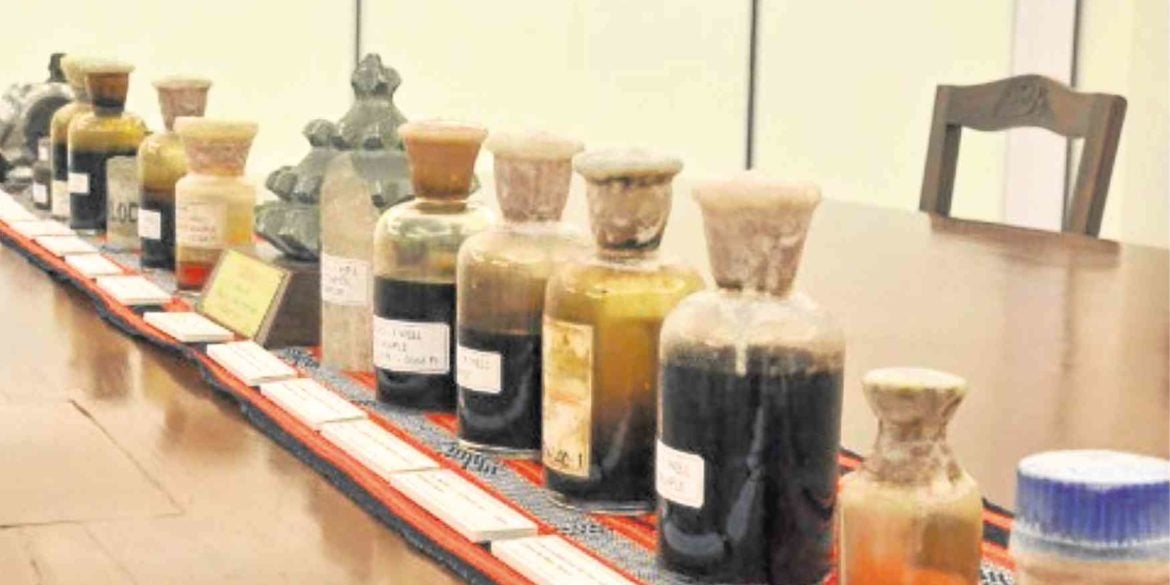 As tempers rose as a result of the Duterte government’s handling of the Reed Bank incident involving Philippine and Chinese fishermen, specimens of oil first discovered from the disputed reef located inside the country’s exclusive economic zone (EEZ) were recently donated to the National Museum (NM) of the Philippines. They will now be part of its Natural History Museum collection.

The specimens and artifacts consisting of crude oil samples, oil reservoir rocks and oil drilling implements were donated by Dr. Arthur Saldivar-Sali, who was part of the inaugural oil explorations in the West Philippine Sea off western Palawan in 1976 and 1977.

In a statement sent to the Inquirer, the NM said Saldivar-Sali is a “geologist who provided key studies and field data that subsequently led to the growth of the local oil industry and eventually, the whole energy program in the Philippines.”

Donations include the diamond drilling bits from the first and second oil wells discovered in the country located in the northwestern Palawan called Nido 1 and Cadlao 1, crude oil samples in a number of sites and oil-soaked and oil-stained reservoir rocks which all came from northwest Palawan.

The Reed Bank sample is a gas condensate discovered during an exploration in 1976.

“Oil discoveries represented by these specimens and artifacts, jump-started the development of indigenous energy sources that are now powering the nation,” the NM said.

NM Director Jeremy Barns formally received the donations that he described as “rarely seen” in museums here and abroad.