Why spaying and neutering can keep pets healthier | Inquirer Lifestyle 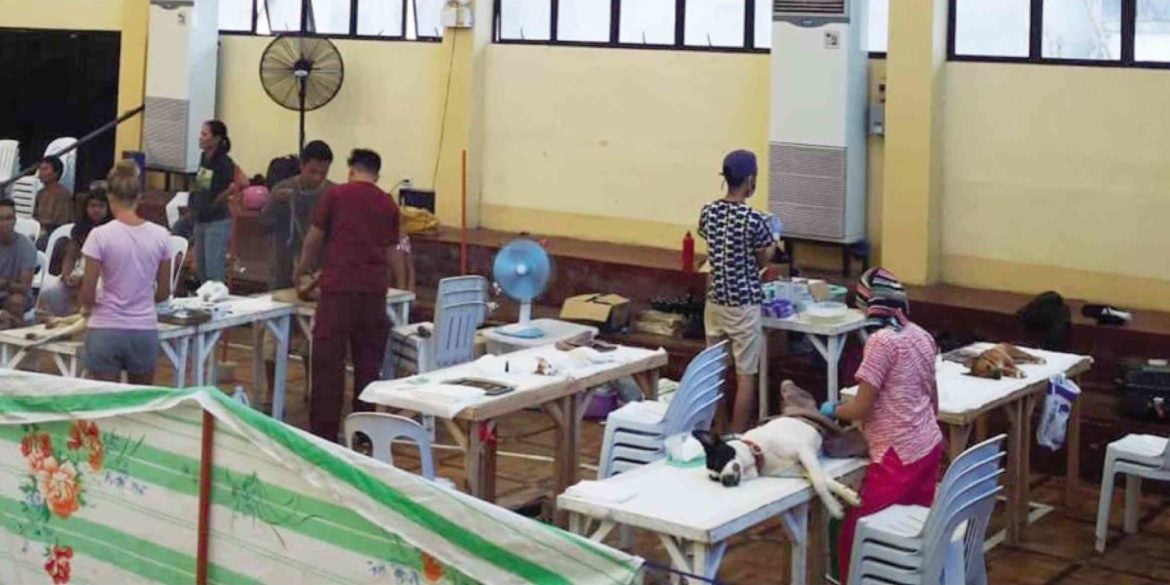 Preparing pets for surgery during the outreach in Siargao in June

Why spaying and neutering can keep pets healthier

Sterilization prevents many diseases, and can also address overpopulation

Sterilization of animals, or their neutering and spaying, can cost anywhere from P5,000 to P25,000 in Metro Manila.

Dr. Maricelle Licuanan Resurreccion, founder of the PPBCCF, said the sterilization procedure is precisely the same service as one would get when one is a paying client. Animals must be at least 4 months old and no more than 8 years old. They must fast for six hours (no water and food) before the surgery.

PPBCCF is an organization that aims to eradicate rabies and minimize animal abuse by controlling the dog and cat population in the country in the most humane way, by sterilizing the animals. It has been actively spaying and neutering street dogs and cats since 2007, and has since sterilized 46,000 dogs and cats.

Approximately one million stray dogs roam the streets of Metro Manila alone, Resurreccion said. She believes that the key to stopping rabies is to limit the number of stray animals. Rabies is primarily spread by stray animals, not by spoiled, pampered household pets who have updated shots and are taken to the vet regularly.

Resurreccion said the Anti-Rabies Act prohibits stray animals on the streets, but unfortunately, she said, the city veterinarian office cannot accommodate all strays. When these facilities become full, the animals are euthanized after three days.

Today, a new guideline under the Animal Welfare Act stipulates the option to have the animals adopted. But the problem is people don’t want to take stray dogs and cats. They prefer those with a pedigree.

Adoption is not the solution, Ressureccion said.

“I’ve been practicing for 17 years,” Resurreccion said. “Rescuing and sheltering are not the solution. When you rescue and don’t spay and neuter, you’ll be dealing with another rescue sooner or later. Then it becomes a cycle. We need to get to the main cause of the problem.”

Last year alone, she said almost 200 people died from rabies infection in the country, and that’s not counting the unreported cases. “We consider rabies death senseless because it is 100 percent fatal.”

With the advances in medicine and technology, vets can now sterilize a dog in 20 minutes and a cat in 10.

There are antirabies vaccination drives by private organizations and the government, but after the drive those animals will start to reproduce again. “So the following year we’ll be vaccinating even more dogs and cats,” she said.

“We are protecting the community from overpopulation of these strays. When there’s overpopulation, there’s a nuisance. With overpopulation also come abuse and neglect. Stray animals cause accidents on the road,” she said.

There are health benefits to sterilizing a dog or a cat. Females can live longer, as sterilization prevents uterine infections and breast tumors in females, and testicular cancer and prostate problems in males. Females won’t go into heat and males will less likely roam away from the house, are less likely to mount other dogs and inanimate objects, and display less aggression and marking.