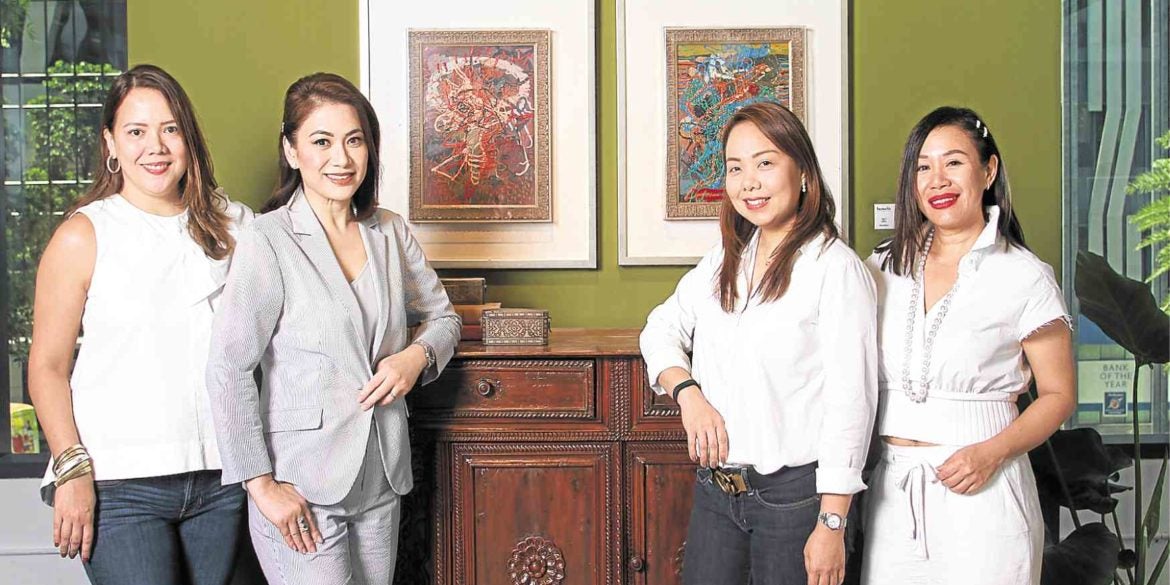 Banging the gavel for beneficiaries

Entrepreneur and philanthropist Sheila Romero has taken on bigger challenges. Aside from being named new chair of AirAsia Philippines, she is working with Salcedo Auctions for a benefit auction July 20.

Romero, founder and president of iWant to Share Foundation, and her colleagues gathered 120 pieces, ranging from Filipino artworks by masters to fine jewelry and timepieces.

Some have generously donated the lots for the auction, while some consignors will split the money with the foundation.

The event is under Salcedo Auctions’ Gavel & Block program. Proceeds will go to the Pediatric Hematology Oncology Department of the Philippine General Hospital.

The foundation was established in 2013, in the aftermath of typhoons “Maring” and “Yolanda.”

It has donated funding for the construction of 30 houses in Antique and thousands of solar lamps for Ormoc and Tacloban.

It has also supported an orphanage and foundations for breast cancer and leukemia.

iWant to Share also has a nutrition program for 600 children of farmers of Agdangan, Quezon.

Three years ago, iWant to Share became deeply involved with kids with cancer at the PGH. It has provided WiFi access in their ward and to their caregivers.

AirAsia Philippines (of which the Romeros are major shareholders) has given free seats to terminally ill patients who want to return to their provinces.

The foundation recently organized a “graduation ceremony” for 120 children who had completed chemotherapy.

Romero, who is also an art patron, made a presentation to Salcedo Auctions to make iWant to Share its beneficiary for its annual benefit.

Ramon E.S. Lerma, founder and director of Salcedo Auctions, says the benefit sale will feature “several pieces that we would not have been able to easily access.”

Sculptor Daniel de la Cruz donated “The Human Condition,” a man on the cross, at the request of his wife, Monica, a board member of iWant to Share.

“Not many would want to part with a Daniel de la Cruz. He has been growing in value,” says Lerma.

“The foundation has the convincing power that enabled people to part with their art,” says Lerma. “It’s good to unlock the value of a piece, since a part of the sale is for a good cause.”

Lerma says paintings by abstractionist Justin Nuyda have been selling well in the auctions. Nuyda’s “Search Mindscape: Redoing Climate Change” is on the block for P350,000 to P400,000.

The foundation has been able to source an oil painting by Fernando Zobel, “El Recreo,” whose price starts at P5 million.

Other lots include McIntosh. As a home entertainment and audio company, McIntosh is marking its 70th year and it has come up with 70 Limited Edition Commemorative Systems.

This model is the brand’s biggest tube amplifier, and one piece goes to the Philippines, with a lot price starting with seven figures.

Meanwhile, the family of a member of iWant to Share has donated one-year playing rights at Eastridge Golf Club in Rizal.

While some are generously donating all the earnings, other sellers will give a portion of the net price of their commission to iWant to Share.

Salcedo Auctions is waiving the auctioneer’s fee. It is also donating the venue, photography, listing, layout for the catalog, and buyer’s premium.

“Buyer’s premium” is the standard additional charge of 16.8 percent, which usually goes to the auction house.

Hence, the foundation will receive donations from both the sellers and the auction house.

Lerma explains that Salcedo Auction has grown in 10 years. Its first auction involved only 10 paintings. Now it holds monthly auctions of 100 to 150 lots. In September, its major auction will involve 500 lots.

“We’ve been blessed,” says Lerma. “If society allows you to grow, there comes a point when you want to give back.” —CONTRIBUTED