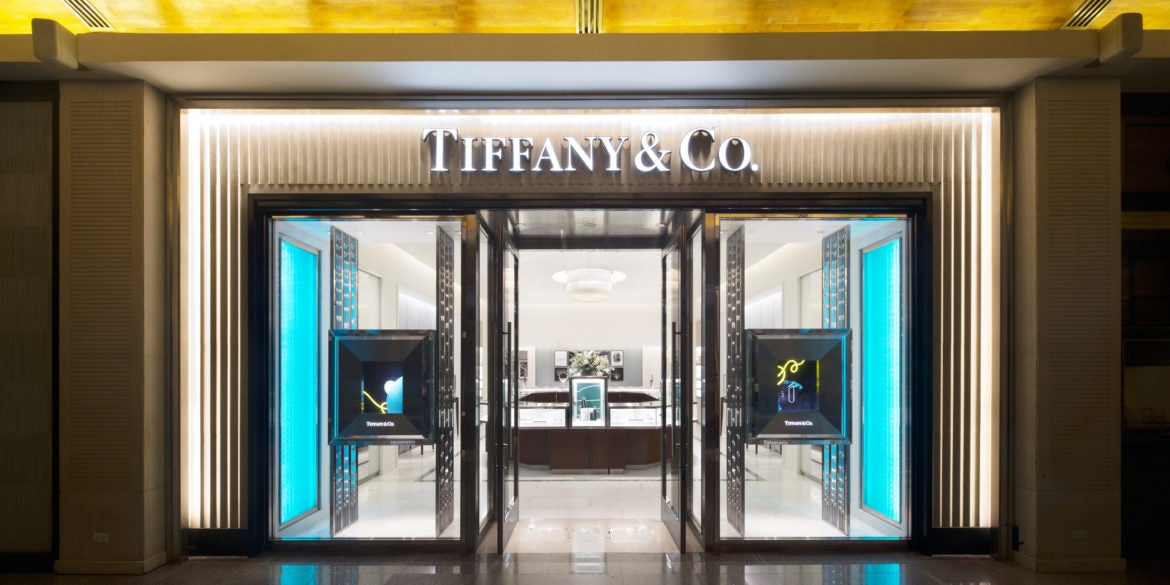 Sneak peek into the new Tiffany store–and its high jewelry

It may seem paradoxical to describe a high jewelry store as friendly and unintimidating, but that’s the vibe of the new Tiffany & Co. freestanding boutique at Greenbelt 4, Makati City.

“It’s transparent, very open and inviting,” said Mario Katigbak, Tiffany’s country manager, as he gave Lifestyle a preview of the store before its grand launch July 12. “It looks happy and very friendly.” Quintessentially New York, we might have added.

The luxuriousness is understated, with its off-white and pale gray walls and lone chandelier floating above the main glass-and-chrome vitrine at the center, which displays the key collections.

Satellite vitrines on either side showcase the high jewelry pieces, available in the Philippines for the first time.

On opposite walls at the back are baby gifts, homeware and wedding gifts.

The border of the marble floor has specks of the signature Tiffany Blue or Pantone 1837, the exclusive teal shade named after the brand’s founding year. Decorative accents at the facade are distinctly Art Deco. Etchings on the pair of floor-to-ceiling mirrors are of wheat-leaf motif, inspired by the New York flagship.

Facing the visitors is a vignette of black-and-white photos from the Tiffany archives, featuring, among others, founder Charles Lewis Tiffany and Audrey Hepburn, the Hollywood icon identified with the brand.

Below the photos is a vast selection of wedding bands and engagement rings.
At the back is a cozy private lounge adorned with more black-and-white photos of Tiffany engagement rings, with furniture in Tiffany Blue.

Tiffany at Greenbelt 4 will formally open Friday at an exclusive dinner for 120 guests, and will be attended by Tiffany executive vice president Philippe Galtie and Asia Pacific vice president Wei Ling Wong.

While Tiffany has been in Manila, at Rustan’s, for many years, its offerings were limited due to space constraints. Katigbak, who has decades of experience in high jewelry retail, sought to rectify that.

Source and quality of diamonds

“At Rustan’s, they could do only mostly silver jewelry and engagement rings,” Katigbak said. “When I came in, we found that there is a market for Tiffany high jewelry.”

Tiffany is different in that its main emphasis is the source and quality of the diamonds and other stones, he added. “Unlike other brands where it’s the design that’s selling, at Tiffany, it’s the stones,” Katigbak added.

“The market is very ready. It’s more sophisticated and ready to appreciate the quality of the stones, more than just the design. Tiffany does its own cutting, and it’s very important for them where the stones are mined. It’s an evolution to a higher level of jewelry.”

With its Diamond Source Initiative, Tiffany diamonds are laser-etched with a T&Co serial number that’s invisible to the naked eye, and come with information on their provenance.

Apart from the high jewelry pieces, a highlight of the store selection is a three-carat round brilliant-cut, Internally Flawless diamond engagement ring in Tiffany setting—the priciest at a low eight figures.

But if your budget is much more limited, there are smaller diamonds, from 0.30 carats, Katigbak said.

“Tiffany isn’t necessarily younger,” he pointed out, “though our entry point is the silver jewelry for younger people. And we have high jewelry for the more mature customer. For those in their 20s and 30s, the engagement rings.”

While Tiffany’s direction is digital and one of its key ambassadors is American model Kendall Jenner, Katigbak isn’t quite going the influencer marketing route.

“I’m not too much into influencers because we’re still searching for the right influencer who can project the high level of product lines they will be representing,” he said. “We will rely on our actual database, on our regular customers, and more advertising to show that Tiffany is not silver only and that it has all levels of pricing, from silver to diamond-studded and high jewelry.”

Tiffany & Co. is also at Rustan’s Makati and Rustan’s Shangri-La.