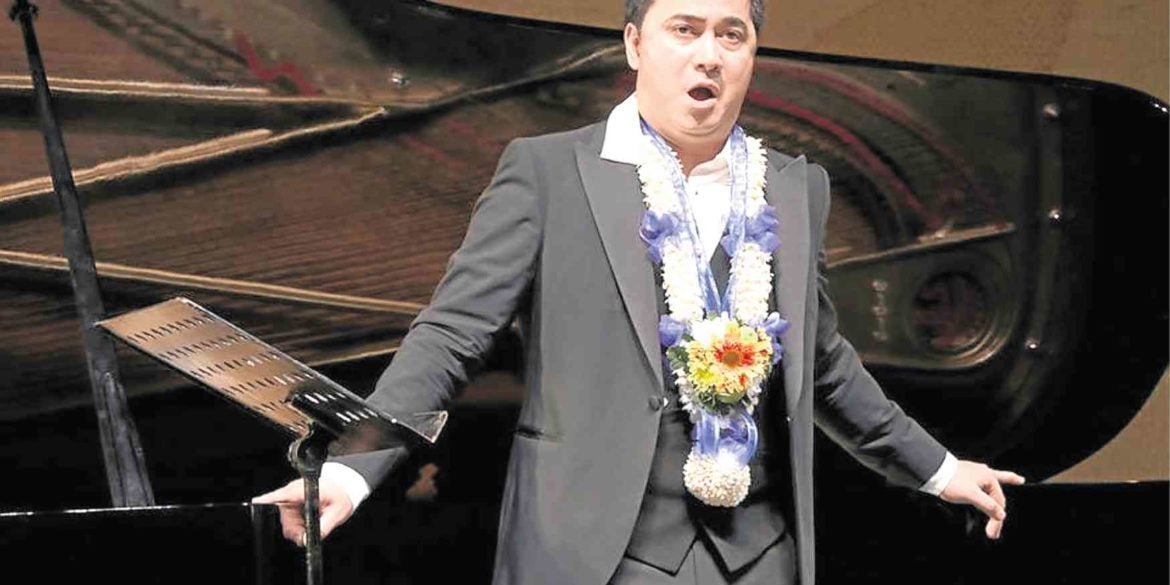 A concert to look forward to this month is the return of tenor Arthur Espiritu to the  Spotlight Power Mac in Circuit Makati on July 27, 7:30 p.m.

He will  team up with sopranos Stefanie Quintin, Myramae Meneses and Jasmin Salvo in an evening of opera duets from Gounod’s “Romeo et Juliette,”  Donizetti’s “L’Elisir d’amore” and Puccini’s “La Boheme.”

A graduate of the University of Santo Tomas Conservatory of Music under Gloria Dizon-Coronel, Tuazon is now studying with Espiritu.

She has participated in masterclasses conducted by Nelly Miricioiu, Susan Waters, Rodell Rosel and Elena Monti.

Pianist Cecile Licad—last seen at the Kennedy Center in the company of conductor Mstislav Rostropovich and pianist Rudolf Serkin many years back—returned to the same venue for an evening of Chopin and Buencamino and got a rousing standing ovation on June 17.