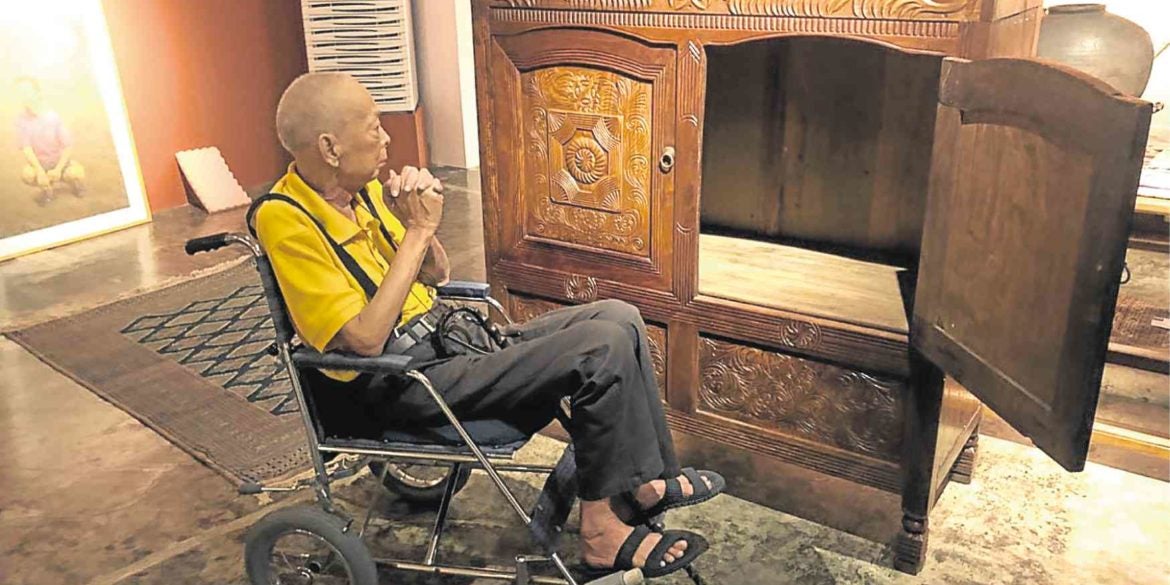 One of the last photos of Martin Tinio Jr. examining an antique cabinet at León Gallery.

A former curator of the Museum of the Intramuros Administration and Museo de Malacañang, Tinio died on July 9 from a lingering illness and was cremated on July 10.

His penchant for history and art led him to write books and monographs on Philippine social history, architecture and landscaping.

“We have lost someone who has seen them all,” said Jaime Ponce de León of León Gallery. “It is a sad moment for Philippine culture and the arts.”

Up to his death, Tinio was consultant of the auction house. He was in charge especially of furniture, antiques and objets d’art.

“One thing I most admire in Sonny, and which I try to emulate, is his ability to see things as they are and see their beauty regardless of their intrinsic value. He has the ability to appreciate and discern what is beautiful that separates from the ordinary.

“Collectors would usually see the material first before seeing whether the artistry is impeccable or not. To Sonny, it was the reverse. A piece could be made of baticuling of exceptional quality that would merit a collectible status of an object.

“It was always great to interact with him. He would give logic to pieces on the whys and wherefores of their creation. He gave me a better understanding of things, be it a piece of furniture or a floor plan of a bahay-na-bato.

“Most of all, Sonny had a most thoughtful heart. He would always have some pickled mangoes from his farm in Nueva Ecija or some pickled itlog sa pugo as gifts.”