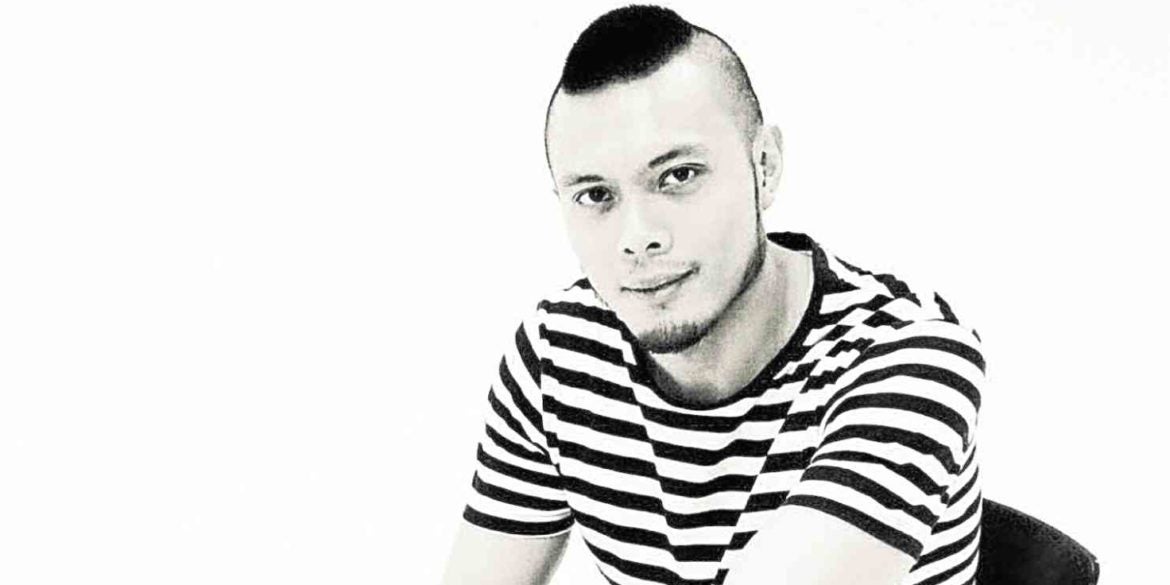 Most interior designers are turning to fine art photography to imbue a space with soul and modernity. Fine art photographs are not visual documents of a subject but a photographer’s concept. When reimagined with digital manipulation, they are created almost as painstakingly as paintings.

At the Kuysen Design + Experience Center, Onglao’s works, mostly in black-and-white and neutral tones, are on display amid living room vignettes to show buyers the potential of conceptual photographs. The subjects range from Ales, whose face is obscured by her hair, to objects and cityscapes.

The images attract the beholder in different ways.

Some photos stand out for their color. Onglao, 31, says he’s not into pink, but his mother and other women adored the photograph of Ales’ plaited hair and bare back, digitally enhanced in pink and superimposed with flowers by Limjoco. A series shows Ales swinging in a black dress, flailing her hair. Her silhouette is enhanced by bold strokes of orange, blue or white.

Other photos speak through the patterns and symmetry in nature, such as a black-and-white triptych of skeletal trees on the street.

A series of leaves against architectural details in Salcedo Village is transformed into unnatural tones. Close-ups of a pattern of a wire chair have received positive feedback for its composition.

Onglao also experiments with angles, such as a close-up of a breast over the model’s crossed legs to emphasize curves.

There is one photograph that looks cryptic at first glance. Closer, the image shows the model’s outstretched hand, fake birds near her body, and a man’s polo shirt blown by the fan, to show her dark underwear.

“Most people think the thing or the place is important. I like the photographs for the composition,” says Onglao.

A series of photographs of chopsticks on a window sill or bar counter looks different by the rotation of the angles.

Then there’s a simple location that makes the subject prominent, such as Ales wearing a white shirt, swimming near the pool’s edge. It’s a partner to a photo of the pool, the edge and a water goblet.

The photographs are framed on modular stands. “Owners don’t need to destroy their walls. These works can be moved around and displayed the way they like it,” says Onglao.

“Our company’s edge is that everything is bespoke,” he says. An original photograph can look unrecognizable after heavy digital composition.

“I like taking photographs and my company transforms the images into what the client needs. We make alternations until the client is satisfied. I can modify the size of the photos and the print. If people want things painted on, we can do that.”

Born out of a need

Onglao’s shift from fashion to fine art photography was born out of his mom’s need for art in her projects.

“She’d ask, ‘Can you do something to match this space?’” the son quotes Almario.

Onglao then started doing hotels. Movenpick Boracay had acquired some of his works.

The customization began with Citadines Ortigas, Almario’s project. Under the supervision of a creative director, he photographed local fruits, t’nalak fabric and other Filipiniana objects. A graphic designer manipulated Onglao’s photographs into abstraction.

He also worked with his father, architect Conrad Onglao, on Seda Iloilo and Seda Residences Makati. To give Iloilo a sense of place, he photographed local architecture in unusual angles or tight close-ups to emphasize pattern and composition.

The brief for Seda Residences Makati was to present the abstractions of the cityscape with a specific color for each floor.

“As a business, we offer photography and graphic design. My mom matches the art to the interiors. We think of different ways of framing and printing the images. We don’t print only on canvas but also on carpets, glass and blankets. We also get commissions for homes. I
noticed that homeowners like people or figures as subjects, while hotels like abstractions.”—CONTRIBUTED