‘Binondo’: A deeply flawed caricature of a culture | Inquirer Lifestyle 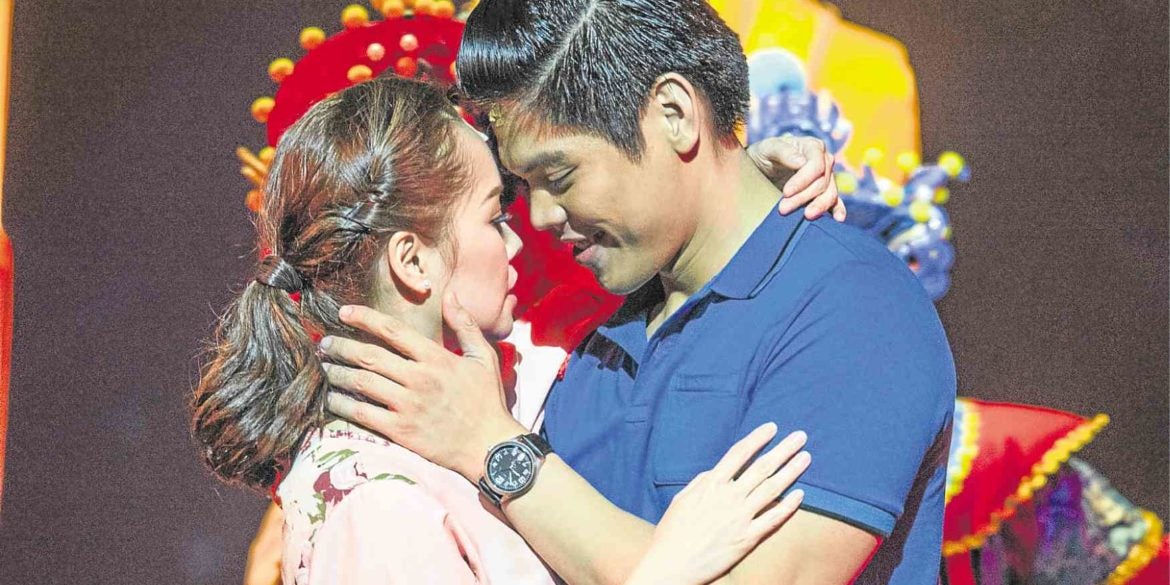 ‘Binondo’: A deeply flawed caricature of a culture

That question, among a multitude of questions, loomed over “Binondo,” the self-proclaimed Tsinoy musical that trundled back to The Theatre at Solaire last weekend for a four-show rerun—a year after premiering in the same venue, through a production described by reviewer Cora Llamas as “unfocused” and “teleserye-like.”

The performance we attended was certainly unfocused and teleserye-like (and that’s putting it mildly). Its three-hour running time was engorged by one roof-rattling song number after another, despite a story that stretched its compulsory love triangle to ridiculous lengths.

But “Binondo” had a deeper flaw. It viewed its subject matter as exotica. It’s the mere idea of Binondo, as the stereotypical Manila Chinatown, that this musical was in love with—the imposing welcome arch, sky lanterns, lion dances, statues of Oriental gods, the convivial ruckus of Lunar New Year festivities.

Beyond the postcard superficialities and the bits and pieces probably gleaned from the “Mano Po” film franchise, there was no visible, deeper understanding of Tsinoy, or Chinese-Filipino, in the story. It was as if the makers suddenly realized, in the middle of doing this musical, that they didn’t really know what to do with the material—or didn’t want to go beyond the cliché and generic.

Hence, a title that needed to insist on its geography, lest the audience forgot.

There’s also an effort to round the story by providing milieu—in the first act, the early years of the Marcos dictatorship, and, in the second, Deng Xiaoping’s China—but it only necessitated the needless shifts in setting.

“Binondo” was, in the end, a caricature of a culture.

Given how it’s also the first time we witnessed a production bungle in The Theatre at Solaire’s otherwise first-rate facilities—the sound design and engineering here was sloppy, and the jittery lighting design only made the show look amateurish—it begged another question: Why even bother with this rerun? —CONTRIBUTED