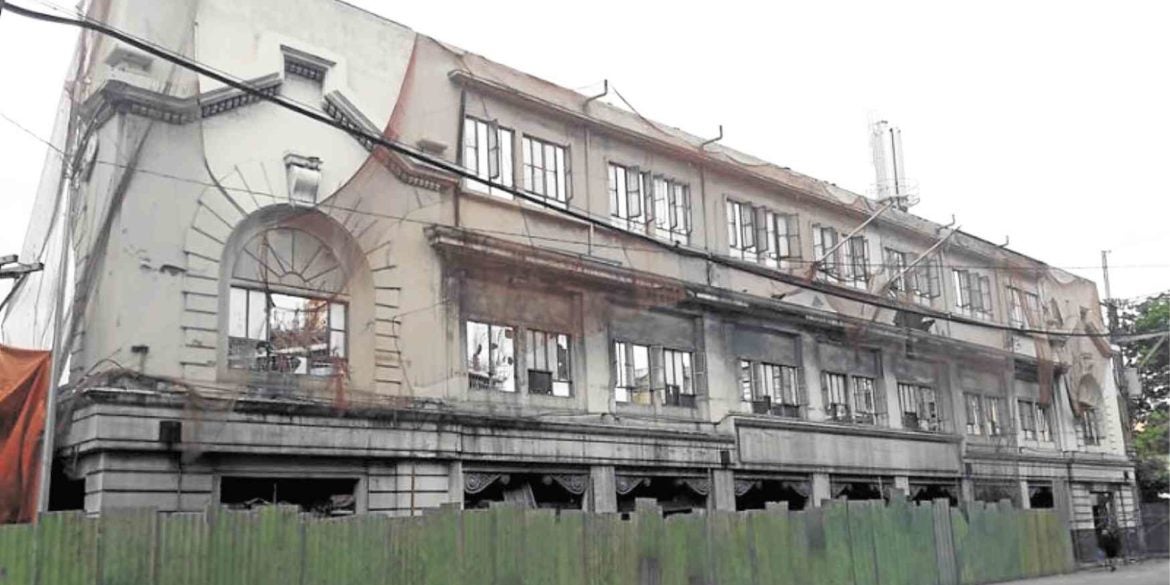 Before he stepped down from City Hall last June 29, losing Manila Mayor Joseph Estrada had ordered the demolition of the old Magnolia Ice Cream Plant on Carlos Palanca Street in Quiapo, Manila.

Constructed in 1926 and more than 90 years old, the building was considered a presumed important cultural property (ICP) under Republic Act 10066, the National Cultural Heritage Law of 2009.
Because of what heritage advocates had called as a “midnight demolition,” rushed obviously before new Mayor Isko Moreno Domagoso formally took office on June 30, National Historical Commission of the Philippines (NHCP) chair Rene Escalante wrote City Hall on July 2.

Because the building was a presumed ICP, the structure should have been protected and preserved, Escalante wrote Manila Building Office officer-in-charge Rogelio Legaspi.

Escalante noted in the letter that the building, which he said was inaugurated on Oct. 1, 1926, “incorporated the most advanced dairy processing facilities of the time, and is also dubbed as one of the great ice creams in Asia.”

He reminded Legaspi of Public Works Secretary Mark Villar’s Memorandum Circular No. 2 that stated building officials are required to coordinate first with national cultural agencies before any intervention works are done on heritage structures.

“The NHCP was not consulted and neither have we received any clearance request prior to the issuance of the demolition permit, if any, regarding this matter,” said Escalante.

In Santa Barbara, Pangasinan, NHCP has issued a cease and desist order (CDO) against the demolition of the American-era “presidencia” or municipal hall building.

Heritage advocates noted the building had already been completely demolished when the CDO was issued.

The project, which was supposed to “repair the old municipal hall building,” as its billboard said, had a budget of P9.9 million was initiated by Mayor Carlito Zaplan, who had said the structure was not part of the town’s cultural patrimony.

In the cease order, the NHCP said “all and any further activities” concerning the building should be suspended.

“Stakeholders for development work concerning ICPs should not only secure the approval of the local government but also coordinate with the appropriate national cultural agency for proper information and guidance.”

The Santa Barbara de Tolong Culture and Heritage Society, which requested for the CDO, had also complained about structures being constructed on the town plaza that didn’t have any NHCP clearance, said its leader Dr. Mauro Nepomuceno. —CONTRIBUTED