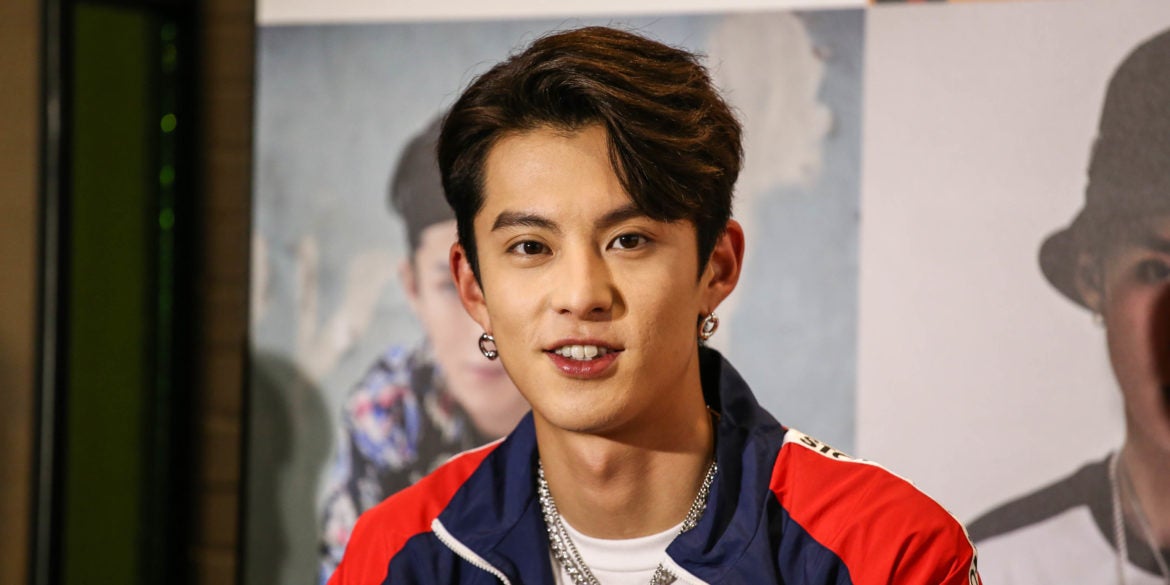 Dylan Wang is the newest endorser of Bench. Photo by Jam Sta. Rosa

Would you like to have tea, coffee or Dylan Wang?

The Chinese heartthrob revealed last Saturday, July 20, that if he did not become an actor, he would pursue a career as a flight attendant. It was his course in college, after all.  He came in wearing a printed Tee that reads Wo Xihuan Manila which host Eva Marie Poon translated to as “I love you Manila”.

The actor could barely get a word out because of the deafening screams of his fans at the Araneta Coliseum.  Poon even teased the fans that all Dylan had to do was to move his eyes and they would scream.  At one point, Dylan shushed them so he could hear the question from Poon.

This moment when Dylan Wang shushes the crowd so he could hear the question. His fans kept chanting his name.#DylanWangforBENCH #GlobalBENCHSetter pic.twitter.com/YSEioPDjMr

Dylan is one of the newest endorsers of local clothing company Bench. He rose to fame when he took on the role of Dao Ming Si in the rebooted Chinese version of “Meteor Garden”. The drama is based on the Japanese Shoujo manga “Hana Yori Dango” which translates to “Boys over Flowers”.

The popular drama has several versions to date including Korean, Taiwanese and Japanese. Consequently, Dylan is the third endorser of the brand who played Dao Ming Si. Bench originally brought Jerry Yan in 2003 and “Dao shall wear Bench” was its memorable tagline.

It was followed by Korean superstar Lee Min-ho who played Gu Jun-pyo in “Boys over Flowers” in 2016.

Dylan Wang said that he felt the warmth of the Filipino people as much as the country's weather.#GlobalBenchSetter #DylanWangforBench @inquirerdotnet pic.twitter.com/fU4mizkQfG

In the press conference earlier, he was asked how he made his version of Ah si (Dao Ming Si’s nickname) his own.

“I studied Jerry Yan’s interpretation but I tried putting my style into the role,” he said through an interpreter.

One of the highlights of the fun meet was when he danced for a few seconds.

Dylan played roulette with 10 lucky fans to give away flowers, selfie and a personalized phone alarm.

He also signed posters for 100 VIP ticket-holders. The VIP section sold out.  Ticket-holders had to purchase P20,000-worth of products from Bench to get one.

The actor said that he did not expect that he has a big fan base in the country. For that, he is thankful and promised to come back again.