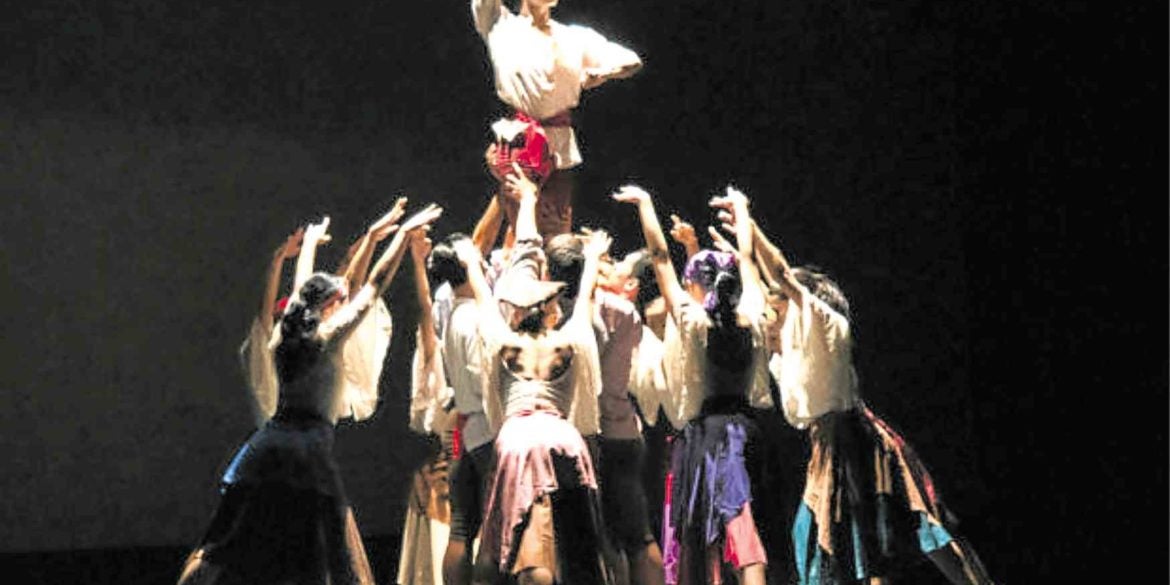 PBT dances up an Independence Day storm in San Francisco

Philippine Ballet Theatre performs a repertoire of classics and original, nationalistic Filipino pieces that had the audience in tears

As part of the 121st celebration of the Declaration of Philippine Independence, the Philippine Ballet Theatre (PBT), resident company of the Cultural Center of the Philippines   (CCP), was flown in by Philippine Airlines for its debut performance in San Francisco, California.

The Bay Area audience got a glimpse of PBT artistry at the KalayaanSF Open Air Festival in Union Square June 22, via a flash mob performance and a fashion show by Cora Manimbo, also a PBT trustee. The clothes were modeled by ballet dancers. For accessories, they wore jewelry by Oscar Atendido.

“Our audience was transported back in Philippine history and never felt prouder.  When they danced to ‘Bayan Ko’ I saw Filipino guests shedding tears!” said Marilou Magsaysay, president of PBT.

Principal male soloist Kazier Policarpio partnered with Kim Abrogena in “How Do You Keep the Music Playing” and with Maika Samson in “Ngayon at Kailanman.” Mark Pineda danced in “Hanggang Sa Dulo ng Walang Hanggan,” and Julafer Fegarido partnered with Gladys Baybayan in “Kailangan Kita.” The athleticism of Ma. Regina Magbitang was jaw-dropping.

The audience was on its feet at curtain call. For an encore, PBT did a contemporary number called “Dancing in One Voice.”

The San Francisco debut was preceded by performances in San Jose and Los Angeles. “The reception in each venue was amazing and heartwarming,” said Noemi Estrella Casino, PBT treasurer.

While in San Francisco, Panasyukov conducted a master class at the Westlake School for the Performing

Arts in Daly City. The dancers also visited  landmarks of the city, from the Golden Gate Bridge to Ghirardelli Square. —CONTRIBUTED