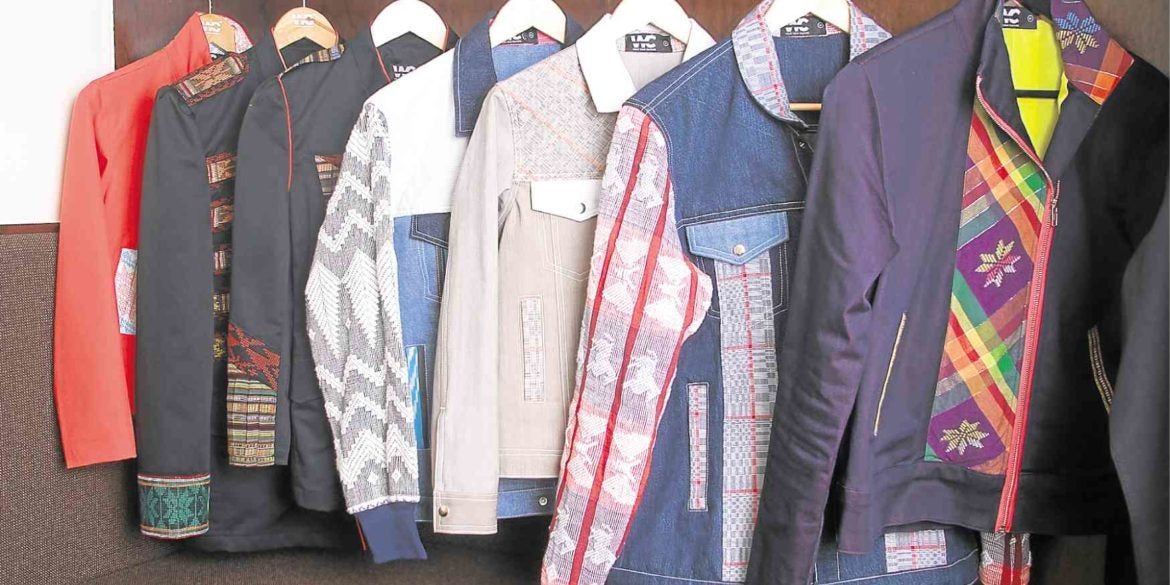 From Tweetie Gonzalez’s chic accessories to WYC’s biker jackets, the Ocampo siblings’ footwear, it will be some ‘retailtainment’

MaArte, the fundraising shoppers’ fest that aims to elevate Filipino products into homegrown luxury, is going the way of “retailtainment, the melding of retail and entertainment.”

The bazaar’s theme this year is “MaArte oPen house,” a pun on the venue, Peninsula Manila. It also pays homage to the open-house Christmas parties at North Syquia at the turn of the millennium.

The past three years, MaArte was held at The Gallery. Due to the hotel’s renovations, the bazaar has been moved to 46 guest rooms on two floors.

Mico Manalo, board member of the Museum Foundation of the Philippines Inc. (MFPI), organizer of MaArte, says the venue reminds him of the parties when guests hopped from one apartment to the next. “Every house was a different world of its own,” he recalls.

Artist and MFPI vice president Phyllis Zaballero agrees. She says homeowners’ apartment doors before would either be open or closed, but with a big sign indicating it was a party venue.

Each host served a different menu. There were sets of live music provided by a rock band, jazz musicians, a pianist, and at one time, Igorots with their percussions. The corridors were lined with coolers filled with ice, beer and drinks.

Under the creative direction of MFPI president Albert Avellana, MaArte will recreate the experience, and the different rooms will feature 66 vendors of food, decorative arts, apparel, fashion accessories and men’s fashion.

The corridors will also feature Art Deco elements reminiscent of Syquia Apartment’s architecture. Each of the two floors will have a bar where customers can buy drinks and canapés. Piped-in music will recreate the live music at the Syquia parties.

Every night on Aug. 16-18, the exhibitors can unwind at a party in the lounge.

There will be a display at the lobby of bazaar favorites including Natalya Lagdameo and her ethnic-inspired fine jewelry, Len Cabili’s Filip +Inna modern Filipiniana clothes and Al Valenciano’s inabel products from his social enterprise Balay ni Atong.

The proceeds of “MaArte oPen House” will go to projects of MFPI.

At an exclusive press
briefing, Inquirer met up with models-turned-entrepreneurs joining the bazaar.

Tweetie de Leon Gonzalez’s namesake TdLG accessories collection is often described as exuding “earthy appeal.” She uses kamagong (Philippine ebony) as the base material for bangles, necklaces and purses that plays against the vibrant colors and sheen of semiprecious stones.

As designer, Gonzalez strives for versatility. The round kamagong handles of an expandable purse double as bangles. A single necklace can look different if the wearer adjusts the length and wears it on different sides, depending on the pattern or material she wants to emphasize.
She shows movement in her designs. Her asymmetrical 14k- gold drop earrings (one earring is longer than the other) with orange and sea green amazonites move with the wearer.

Then there’s repetition of patterns, such as a choker of kamagong rings with crystal quartz at the center, caught in a Thai silk bow.

Now on her third year with MaArte, Gonzalez says the fair has exposed her to a more diverse clientele that appreciates the precise workmanship and her refined aesthetics. “Every day of the fair, I feel validated. It’s food for my soul because it feeds on my creativity,” she says.

WYC (Wear Your Culture) is a startup brand by Alvin and Evita Degamo. After modeling Filipiniana formals in fashion shows for many years, they toyed with the idea of using indigenous fabrics for casual wear. The couple immersed themselves in the weaving communities in Iloilo and observed that there was no demand for their patadyong and hablon. To keep the communities’ crafts alive, the couple decided to make them their suppliers. 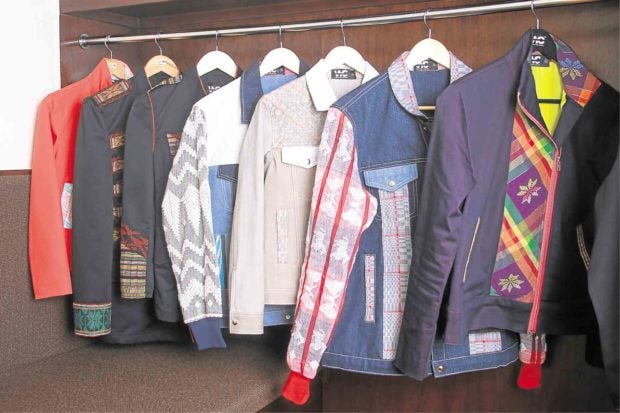 WYC is known for its denim biker and trucker jackets with patchworks of patterned woven fabrics from Ilocos, the Mountain Province, Iloilo, and the Yakan tribe from Zamboanga and Basilan.

While the basic jackets and T-shirts are outsourced, the hand embroidery is sewn in a convent in Davao City.

Because of the slow nature of traditional weaving, WYC can come out with only two sizes of the same style. The prices range from P5,995 to P9,000, depending on the intricacy of the woven patchwork. The T-shirts cost P895 to P1,295.

With an outlet at San Antonio Plaza and e-commerce through Zalora, DSNY offers footwear with an average price of P2,000.

The signature look is a pair of pointy flat shoes with non-slip soles. The slides, mules, slingbacks and wedges are made with beautiful fabrics and faux leather, accessorized with pompoms, rhinestones and bee designs.

The brand includes handwoven pillowcases and feminine but quirky blouses designed by New York-based Betina under her namesake label.

Betina sources the fabrics abroad, but works with artisans around the country to sew and embellish her designs.

Betina has been joining MaArte since 2017. “She appreciates it because it helps her get in touch with her roots,” said her mother, Tina Maristela Ocampo. “She likes being here to work with artisans in Davao, Lucban, Bulacan and the Cordillera.”—CONTRIBUTED

MaArte Fair will be held Aug. 16-18 on the 5th and 6th floors of Peninsula Manila.