‘Lion King’: When realistic isn’t as magical as a cartoon | Lifestyle.INQ ❮ ❯ 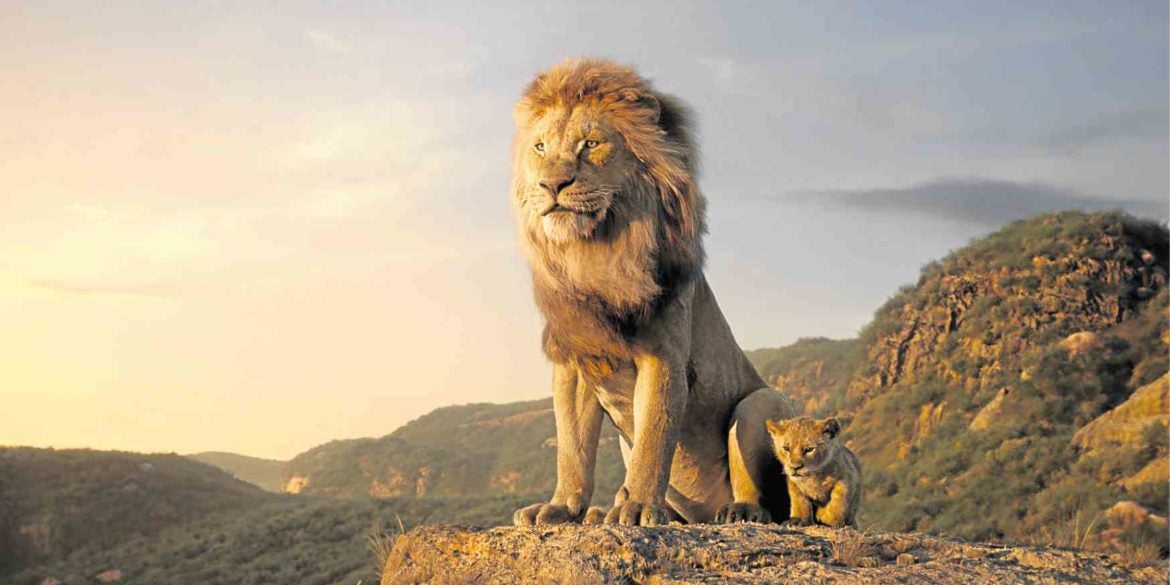 The scene whereMufasa shows Simba the scope of their kingdom —PHOTOS FROM DISNEY ENTERPRISES INC.

‘Lion King’: When realistic isn’t as magical as a cartoon

Walt Disney Pictures’ 2019 film “The Lion King” is a photorealistic, computer-generated animation remake of the 1994 traditional animated film of the same name. It’s the most recent of Disney’s remakes of their animated films, following “Cinderella,” “Beauty and the Beast,” “Dumbo,” and “The Jungle Book” (whose director, Jon Favreau, also helmed and produced “The Lion King”).

What immediately sets “The Lion King” apart is that it’s Disney’s first remake that doesn’t attempt to update or revise the original version.

All the previous remake films have included revised or additional scenes and story elements that addressed criticism of their now simplistic animated counterparts.

The “Aladdin” remake gave heroine Jasmine more agency. “Cinderella” and “Beauty and the Beast” added backstories to their protagonists, and “Maleficent” made the infamous villain more sympathetic.

But a welcome change in “The Lion King” is that the remake incorporates more traditional African music, which the Broadway musical version does exceptionally.

In addition, James Earl Jones returns from the original film to voice Mufasa, but surprisingly, he joins John Kani as Rafiki as the only voice actors who seem interested in reinterpreting their roles.

Everyone else seems more focused on merely recapturing the exact same energy of the original’s characters.

Then again, this is a remake of the most popular film in Disney’s most successful era in animation, so recapturing the magic in “realistic,” computer-generated form seems to be the sole direction of the project.

This film’s palette is unfortunately limited to lush green plant life, barren deserts, and the sky at different times of day. Thus, the filmmakers don’t get the opportunities to play with color.

The filmmakers also limit themselves to shots made to look as if they were captured by an actual camera. This is to help sell the film’s realistic features, but it doesn’t give audiences a variety of visuals to consume.

These limitations lessen the emotional impact of what the characters are going through, and the performances are almost completely dependent on the voice acting.

A real animal’s facial expressions aren’t as engrossing as those of a cartoon’s. The expressions of cartoon animals are heightened, but they’re needed to convey the story. It’s difficult to empathize with a lion who has a limited range of facial movements.

Some scenes, such as Mufasa’s death, fall flat due to the emotional limitations.

More importantly, characterization is lost along the way. Scar turns into an unattractive British antagonist because the muted expressions take away his flamboyance. Adult Simba’s choice to return to Pride Rock isn’t as meaningful, because he isn’t given the free spirit and laid-back look that shows how difficult it is for him to choose to return.

The musical numbers suffer most. It’s challenging to incorporate rhythm and choreography in photorealistic animals, so the numbers mostly consist of the animals just running around while singing.

This is apparent early on, during the biggest musical number, “I Just Can’t Wait to be King.” It replaces the striking colors of the original number with a muted color palette, and literally reaches its climax on a small rock in a puddle of water.

While astounding in visual effects, the choice to ground the film in reality runs into conflict with the tone of the story.

“The Lion King” has always been a heightened theatrical musical, so taking away fundamental aspects, such as color and big performance, is counterintuitive to recapturing the magic.

A remake of “The Lion King” could’ve been a fascinating endeavor, especially given a likely longer run time.

But, as it stands, it’s disappointingly just an adaptation stripped down to its fundamental narrative elements, without any of the styles that made the original animated film a visual feast. —CONTRIBUTED