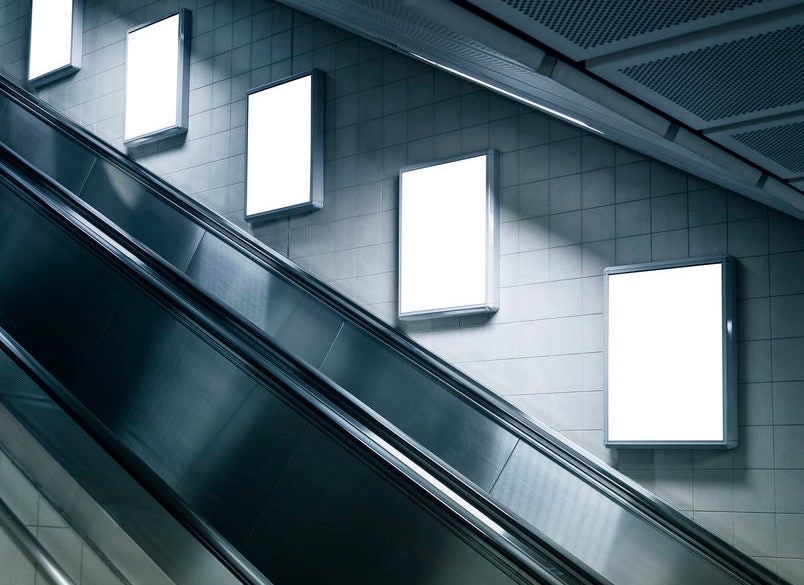 31 days of February and other stories from an advertising life

It’s the unusual experiences that I remember most vividly—some satisfying, others embarrassing, but all somehow oddly humorous

“THIS SPACE IS RESERVED FOR (NAME OF COMPANY).”

The message is in bold capital letters at the center of an empty, half-page newspaper space where a print ad should be.

This is one of the worst nightmares for an ad agency and a great embarrassment for its client. It simply means somebody dropped the ball and the deadline for the ad material was not met.

We cringed whenever we saw this happen during my time in advertising. Fortunately, this never happened to our ad agency, but others experienced worse nightmares, and ours was no exception.

There are three sources of pride and satisfaction for an advertising person, whether he/she is a copywriter, an art director, a producer, an account executive, or a CEO overseeing the work of his people. The first is when one’s creative work finally sees the light of day as a TV or radio commercial, a print ad, an outdoor billboard, etc.

The second is when one’s work wins a major local or international award—most valued by creatives.

The last is when one sees the sales of the brand soar, receiving recognition and praise from the client—most important to the account people and the agency’s management.

Before I put up my own ad agency, I was immersed in every aspect of advertising—writing copy and doing my own rough layouts when the creatives were short-handed or were coming up dry.

I was officially an account service person, but I fully understood what motivated people in the different agency jobs, and I enjoyed it all.

But it was the unusual and unexpected experiences that I remember most vividly—some very satisfying and some excruciatingly embarrassing, but all somehow oddly humorous. The following standouts are only a few of many:

The client, Amon Trading Corp., was then the country’s leading retailer of construction materials. My team was tasked to come up with an institutional campaign telling home builders they could get all the building materials they needed at Amon.

Asked what the client’s smallest and cheapest item was, I was told that Amon sold “screws.” After a lot of brainstorming, we came up with a prototype ad with the headline, “Before you even think of buying the first screw, come to Amon.”

When I presented the whole print campaign, the client loved it. But I immediately said, “Sir, buying the first ‘screw’ somehow sounds funny. Can we change ‘screw’ to ‘nail’?”

The client laughed and replied, “Actually, we don’t carry nails, but for this campaign to push through, we will start selling nails.” And they did.

Thus was born the eventually multiawarded ad campaign. “Before you even think of buying the first nail, come to Amon”—an unprecedented case of an ad coming before the product!

Years later, the final phase of the campaign featured the headline, “From the first nail to the last coat of paint—come to Amon.”

The centerpiece of this finale was a giant billboard at the corner of SLEX and Buendia (now Gil Puyat) Avenue, featuring a man (actually a life-size mannequin in painter’s overalls) sitting on a hanging platform, “painting” the half-finished billboard.

For months, many first-time viewers gave the feedback that they thought it was a real person painting the billboard.

When I put up Hemisphere Advertising, one of its first ad campaigns was for Himlayang Pilipino, a memorial park with Philippine culture and history as its theme.

The first cinema ad we produced was a dramatization of the famous scene from Balagtas’ “Florante at Laura,” in which a lion was about to pounce on the hero, Florante, who was helplessly tied to a tree in the forest.

The idea was for the scene to be shot live, and at the crucial moment, match-dissolve to a life-size sculpture, one of the featured monuments at the renovated memorial park.

For the difficult live shots, creative guru and my eventual agency partner, Greg Garcia, had to go to Australia, where there were free-roaming park lions.

The final commercial was so dramatic that when it was shown in cinemas, the audience thought it was a trailer for a coming movie. I saw several movies while the commercial was being shown in Manila theaters, and, on every occasion, it elicited spontaneous applause from the moviegoers, after they realized it was not a movie trailer but an advertisement.

Needless to say, Himlayang Pilipino memorial plans and lots sold like hot cakes, even while the memorial park was still under construction.

In the 1960s, one of the most anticipated annual promotional items was the San Miguel calendar, which usually featured the full-color reproduction of a painting by a National Artist. I was then new at the ad agency and was not personally involved, but imagine the dismay of the account team and the whole agency when, in the finally printed calendar for the coming year, the month of February had all of 31 days!

Decades ago, Sylcon was a leading brand in beds. An ad my account team created for the brand featured an attractive woman in a negligee lying on the bed, with the headline, “Tonight you will submit to sleep on a Sylcon bed.”

For some reason, our client, the owner of the company, convinced my account executive to take out two words from the headline, which completely changed its meaning.

When the ad came out without my approval, the headline read, “Tonight you will submit on a Sylcon bed.”

My account executive really got it from me, just as I got it from my boss, the agency’s president, who in turn had gotten a call from the Catholic Women’s League, if I recall right. It took a while before we could live that one down.

Banco Filipino, then the country’s leading savings bank, reached a record four million depositors sometime in the ’70s. To celebrate this milestone, we were asked to prepare a full-page ad to come out in all the four major newspapers at the time.

On top of our monumental embarrassment with the client and the huge loss of income from four full-page ads, we also had to pay for all the ads. What a difference a single letter in one word can make!

When I regale friends with these and other stories from my advertising days, the common reaction is, “Why don’t you write a book?” I don’t know if I will, but what I know is that I could only have had all those unusual experiences from an exciting, lifelong career that I will not exchange for any other.—CONTRIBUTED