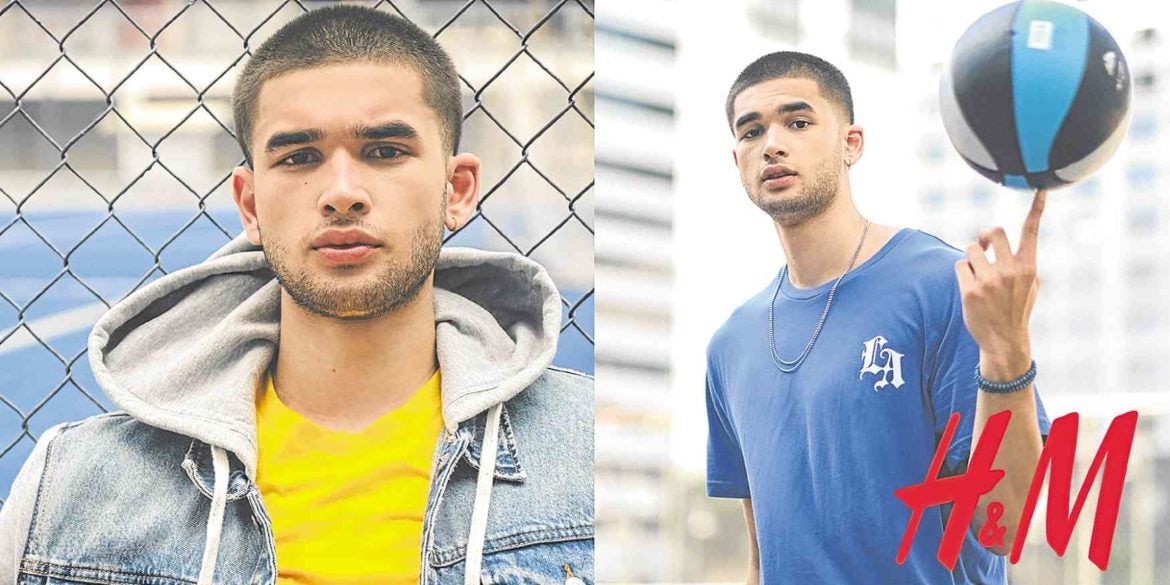 Kobe Paras, a fresh face in the sports scene, is setting a fashion milestone. H&M and Paras team up for this season’s new menswear collection.

Prior to joining the UP Fighting Maroons basketball team, Paras proved himself a covetable sports talent abroad. He was in Nebraska’s Creighton Bluejays team, the first Filipino to join the program.

Paras had good stats and played with the Bluejays in the 2017 opening game at the National Collegiate Athletic Association, the premier basketball league for US colleges and universities.

He is also the face of the Philippine 3×3 team. Paras is a boost to the country’s bid to win at the Tokyo 2020 games.

But what’s a cager doing in a fashion campaign? Don’t be confused, because Paras shows his fashion flair in this collection.

He was directly involved in every step of the process. He actively selected the garments and even styled himself for the photo shoot.

In the photos, you can see Paras’ fresh and sporty take on casualwear. There are rainy season-appropriate hoodies, animal-print socks and tinted lenses that update the everyday shirt-and-jeans uniform.

The campaign and Paras’ story represent the vibe of today’s youth. Since this is a busy generation doing new things and constantly moving toward the next big thing, they need clothes that match that lifestyle.

Plus, it doesn’t hurt that these clothes are also ensembles you won’t mind posing in for the ’Gram.

The #KobeforHM campaign follows the success of #NadineforHM. Earlier this year, actress Nadine Lustre became the first Filipina brand ambassador for the fast-fashion label with a fun swimwear collection.

The #KobeforHM collection will be available starting Aug. 8, with wardrobe essentials priced from P299.