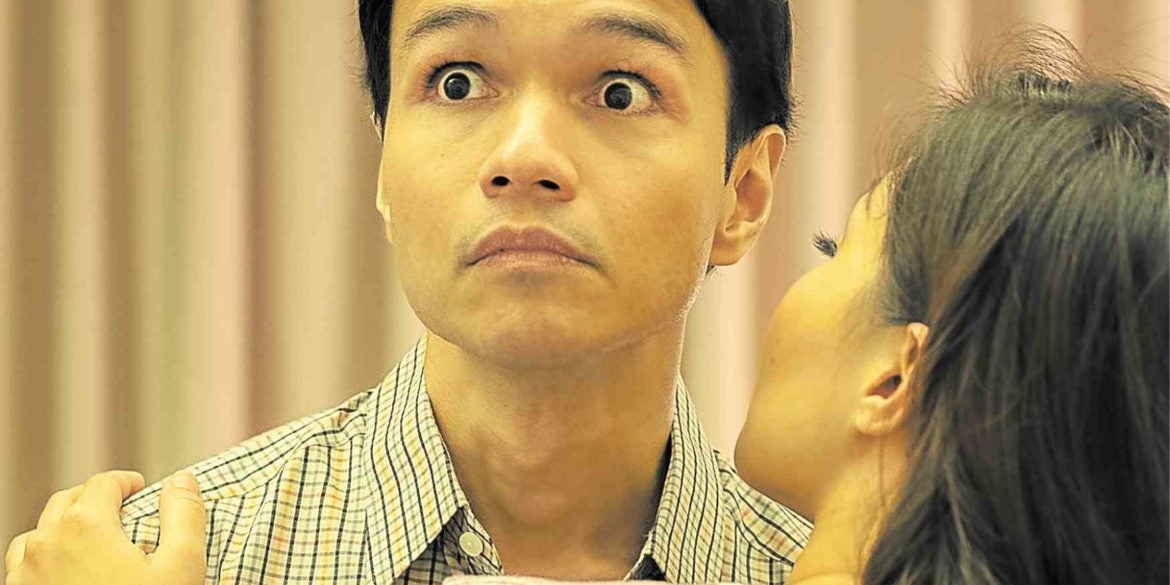 ‘Dancing Lessons’ between man with Asperger’s and injured Broadway dancer

Twin Bill Theater returns this month with the Asian premiere of Mark St. Germain’s “Dancing Lessons,” a two-hander between a man with Asperger’s syndrome and an injured Broadway dancer who becomes his instructor.

The play marks the first time founder Francis Matheu assumes directorial duties for a fully staged production by the 7-year-old company. It also signals an end to Twin Bill’s two-year hiatus of sorts.

After staging Margaret Edson’s “Wit” in 2017, “we had to slow down [and] find the direction of the company financially,” Matheu says. His cofounder and twin brother Joseph had his commitments to lighting and sound design company Hues n Cues and to GMA Network’s “Eat Bulaga!” as the noontime show’s lighting designer.

Meanwhile, Matheu collaborated on a doctoral research project on applied theater and climate change. His research took him to Samar and Leyte, as well as the Canadian cities of Vancouver, Victoria and Winnipeg, where he toured and presented the project as a theatrical piece titled “Muro/Puro.”

“When I got back [to the Philippines] last November, I immediately worked on connecting with international universities and conferences for possible exchange,” Matheu says. In fact, his proposal was accepted for an exhibit at the SOAS University of London Philippine Studies division, but he turned down the invitation due to lack of time in obtaining a visa and funding.

And so, onward to Twin Bill’s third season.

The company’s past four productions have all been about “provoking minds for constructive societal revolution,” as Matheu puts it. “Since 2016, we have [utilized] theater to raise awareness on topics that people in general often find too taboo to bring up over lunch or during Sunday family gatherings.”

The subjects of Twin Bill’s plays, all staged in intimate venues, have ranged from suicide (Andrew Hinderaker’s “Suicide, Incorporated,” 2016) to the reconciliation between art and religion (Aaron Posner’s “My Name Is Asher Lev,” 2017).

“After ‘Wit,’ I was already on the move looking for plays for our next season,” Matheu says. “I chanced upon ‘The Curious Incident of the Dog in the Night-Time’—[Simon Stephens’ acclaimed adaptation of the Mark Haddon novel about a boy with Asperger’s]—[and] fell in love with how it was originally staged, only to learn it wasn’t available for licensing yet.”

A further Google search led him to St. Germain’s play, which he hopes will help shed light on how it really is to live with an autism spectrum disorder. A talkback with an expert will follow every performance.

Randy Villarama plays Ever, a geosciences professor with Asperger’s who seeks a dance instructor to literally help him get through an awards dinner; Jill Peña plays Senga, the dancer whose Broadway career is sidelined by an injury.

“One of my professors said that when a director casts the right actors, 50 percent of the work is already done,” Matheu says. In choosing his actors, he set three criteria: versatility, depth and experience. “The actors should have the capacity to ‘be’ Ever and Senga. Little details of this and that have to manifest onstage.”

And also, Matheu adds, “talent is not enough. Theater has always been and will always be a collaboration of expertise. [So] for ‘Dancing Lessons,’ I looked for hardworking team players. I refuse to work with people who have a ‘this is my design, no one can touch it’ attitude.”