A first in Silliman and the Visayas—major retrospective of Federico Aguilar Alcuaz | Lifestyle.INQ ❮ ❯ 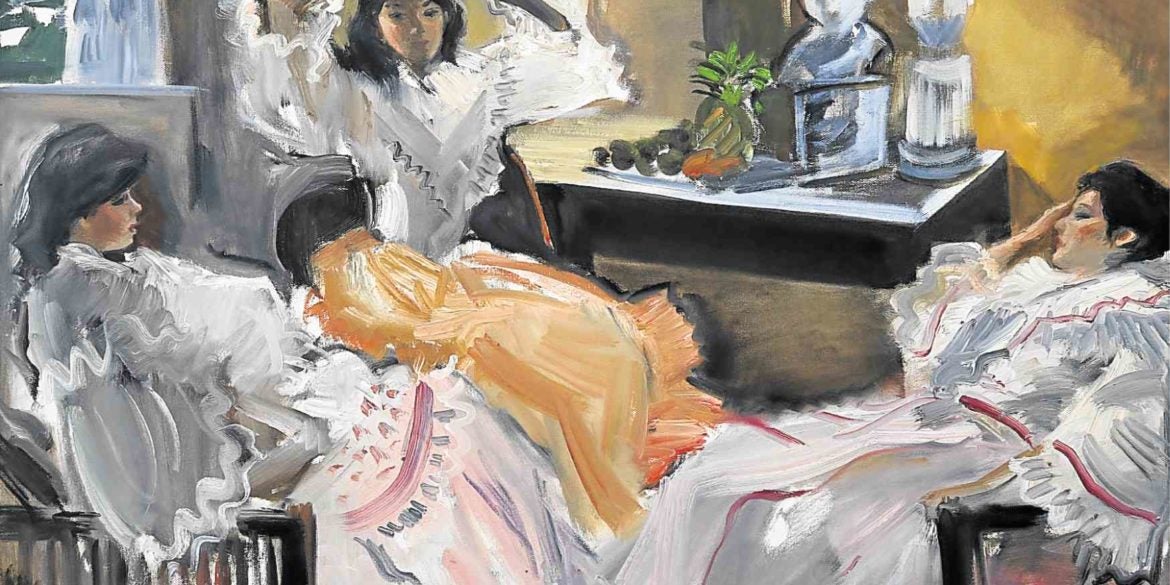 But in the Philippines, Federico Aguilar Alcuaz has hardly been exhibited outside of cosmopolitan Manila, and if he is to live up to the state honor given him posthumously as “National Artist for the Visual Arts,” then his oeuvre should be exhibited and appreciated in the regions.

Now León Gallery tries to make up for the deficiency by mounting “Federico Aguilar Alcuaz: The World in Pictures” starting Aug. 21 at the Silliman University. Running until Jan. 31, 2020, the show is curated by Lisa Guerrero-Nakpil and features authoritative exhibit essays on the art of Aguilar by her and the late Ramon Villegas.

Silliman may be one of the foremost institutions of higher learning in the Visayas, but the exhibit will only be the first of a national artist in the hallowed walls of probably the oldest and most important Protestant university in the country.

“The exhibition is the first of a national artist in Silliman University,” said Jaime Ponce de León of León Gallery, “and will show the different phases of the artist’s life from his days in Barcelona, Wiesbaden, Checkoslavakia, New York and Manila.”

“Many early works from the Barcelona series (his most coveted period) are well represented as well as an early version of Luneta from the 1960s,” said the León director. “The New York phase brings scenes of Central Park and the ‘Tres Marias’ series which became the artist’s most favored subject in his late years.”

In her essay, Guerrero-Nakpil connects the figure of Federico Aguilar y Alcuaz (1932 – 2011) to the late 19th-century Philippine expatriate community in Europe and especially its two greatest artists—Juan Novicio Luna and Felix Resurreccion Hidalgo.

“(Aguilar), like Luna and Hidalgo, found fame in both Spain and France—after a Madrid education at the same art academy as the ilustrados who came before him. He went on to join a league of other artists based in Barcelona.

In Paris, Aguilar was awarded the Diploma of Honor at the International Exhibition of Art Libre in 1961; as well as the Arts, Letters and Sciences award from the French government and the Order of French Genius, both in 1964.

Aguilar Alcuaz also went to the old Czechoslovakia and created his famous tapestries and exhibited in both New York and Bilbao.

Villegas in his essay notes that Aguilar Alcuaz maintained a European base.

“In 1956, Aguilar Alcuaz settled in Barcelona, where he set up a studio, which he maintained for 40 years,” Villegas writes. “He became a member of La Puñalada (the name of the bar where they hanged out), an informal group which counted among its members the Catalan artists Antoni Tàpies, Joan-Josep Tharrats, Modest Cuixart, Morato Aragones, Jordi Aluma.

“Members of the group came to be known as the exponents of “neo-figurativism” and were among the forerunners of modern and contemporary art in Spain.”

“‘La Puñalada,’ which literally means ‘the stab,’ refers to the art of Andalusian knife-fighting or dueling, which has many parallels with flamenco dancing,” Villegas writes. “Both idealize the achievement of duende, or the state of being possessed, ‘a form of involuntary inspiration that takes over the dancer and exalts his dancing to a high art’ so that he is at once fluid, deliberate and masterful.”

“The visual artists of La Puñalada idealized this state, and Aguilar Alcuaz had been observed to wield his brush as if it were a fencing foil,” writes Villegas.

“Barcelona was also profoundly steeped in the art of Juan Gris, Jöan Miró and Salvador Dalí, Catalan giants of 20th-century art, whose influences show through in the works of Aguilar Alcuaz.” —CONTRIBUTED