When it comes to Ultherapy, Belo is top of mind in PH | Lifestyle.INQ ❮ ❯ 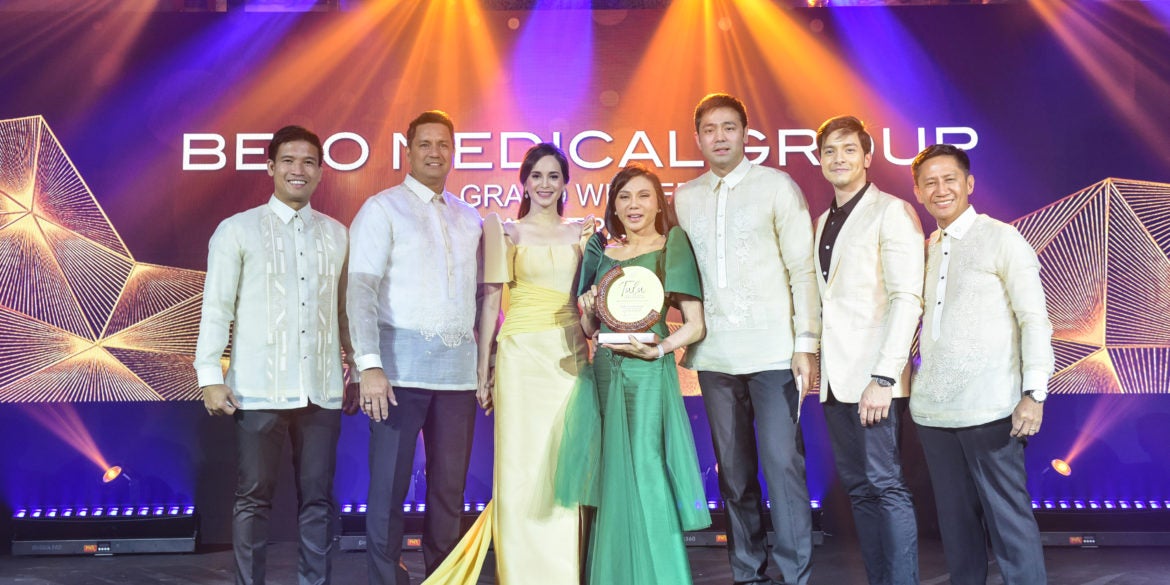 When it comes to Ultherapy, Belo is top of mind in PH

For the first time, the Belo Medical Group (BMG) bagged the top prize at this year’s Merz Aesthetics Tala Awards. The annual event held on Aug. 17 recognized the country’s top-producing clinics with BMG honored as the Grand Winner of the Ultherapy Transducer Award.

“This is the first time we’ve won the Ultherapy award, which is given to the clinic that has had the most number of Ultheras done in a year,” Belo said. “Nine months ago, I gave my team a challenge. I told them that I really wanted to win an Ultherapy award this year and they really came and supported me.”

The award is just the latest the group has received since Belo put up her own practice 29 years ago. She says Ulthera has been around for a while now but that she is still amazed by the technology—high intensity focused ultrasound—behind it.

“What we do at the clinic is special, it’s something we’ve developed over years and years of experience. The way we treat thin skin is different from the way we treat thick skin, oily skin or dry skin. These are things we’ve learned over time,” she said.

Her experience and the team’s expertise have placed BMG at the top of the public’s consciousness. In her acceptance speech during the awarding ceremonies, Belo gave a special shout-out to the doctors in the Cebu clinic. “I’d like to give a special thank you to our Cebu doctors, who went from zero to 150 patients in one month!”

She then went on to thank her patients who have supported them for close to three decades.

“In a way, because we’ve been around for 29 years, Belo has become a verb in the Philippines. When they talk about beauty, people say, ’Nagpa-Belo ka ba?’ or use the term ’Belofied.’”

This ubiquity can also be a “bad thing” because as Belo pointed out, “Sometimes even if it’s another clinic, they still call it Belo.” Despite this, she is very proud of what they’ve accomplished and the reputation they have built. “We have very well trained doctors and we’ve had so much experience in almost every procedure there is because people have been going to Belo for such a long time.”

Aside from the Grand Winner award, BMG received two other accolades: the UltherapyControl Unit Award, which recognizes partner clinics with the highest acquisition of Ultherapy control units for 2019; and second runner-up in the gold division of the Merz Aesthetics Portfolio Award, given to partners who have maximized the utilization of Merz injectables.