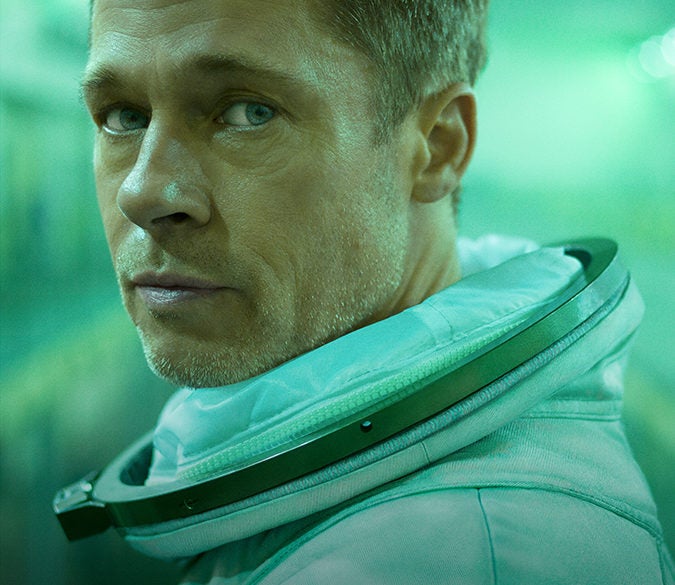 Brad Pitt on Thursday described “Ad Astra” as his “most challenging” film to date, saying his turn as an astronaut on a father/son odyssey forced him to draw on emotions that question conventional ideas of masculinity.

The star, who was greeted by scores of fans as he arrived on Venice’s glamorous Lido island by boat for the world premiere of the movie, said the film was “really intriguing for me as a man, as a dad, as a son”.

Pitt co-produced the film, which was directed by James Gray and tells the story of an astronaut who travels to the edge of the solar system to trace his missing father.

He said the movie was “the most challenging film I have worked on because this story that James devised is so delicate”.

“In retrospect… what we were really digging at, without labelling it so much, was this definition of masculinity. Having grown up in an era where we were taught to be strong, not show weakness, don’t be disrespectful,” he told reporters at the Venice film festival.

“I think we were asking the question: Is there a better definition for us? Is actually being more open (able to) provide you with a better relationship with your loved ones, with your parents, with your kids and with yourself? And at the end of the day I think that’s certainly what we were after.”

Pitt said he and “Little Odessa” director Gray had “not the normal male relationship”.

Gray has said the film was a reminder that the “Earth and the human connection are worth preserving at all costs”.

He told reporters that he was looking to use the vastness of space to tell a story in which “the tiny becomes universal”.

“Ad Astra” is Pitt’s first major foray into the subject of space and the A-list actor said he traded stories of tackling the special effects required to travel through the cosmos with fellow Hollywood astronaut George Clooney — who starred in the blockbuster “Gravity”.

“Doing a space film is a little bit like Peter Pan play production, hanging from wires, so George and I exchanged some discomfort stories,” Pitt said.

But he added that the experience had not endeared him to the idea of spending time beyond the Earth’s atmosphere, describing space as “foreboding, inhospitable, lonely”.

“I am much more comfortable out in nature, I find my peace in the outdoors and with friends,” he said.

Pitt had earlier stopped to sign autographs and take selfies with dozens of fans crowded near the water.

Others had camped out since the morning, shaded from the summer sun under umbrellas as they waited for a glimpse of the Hollywood actors at the festival’s star-laden second day.

Scarlett Johansson, Adam Driver and Laura Dern were also in attendance for the premiere of Noah Baumbach’s divorce drama “Marriage Story”, which is also in the running for the top award.