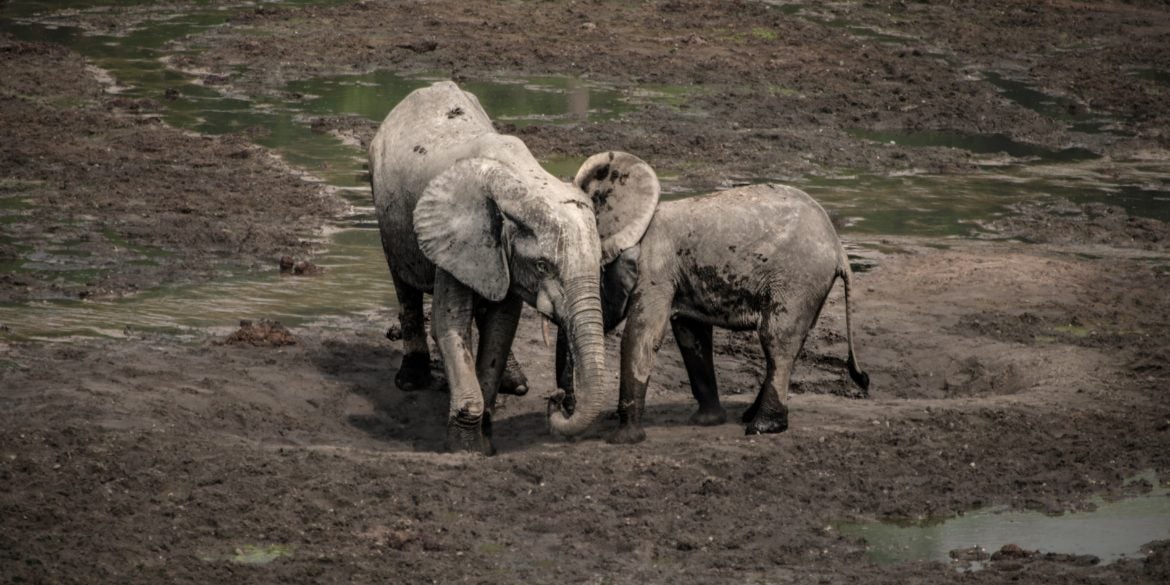 Jean moves deftly through the tangle of roots and branches before waiting for the rainforest to give him a clue.

In the heart of the Dzanga-Sangha wildlife reserve in western Central African Republic, the Pygmy hunter is looking for the tracks of a large female elephant he has been following for the last three hours.

The elephant is not Jean’s prey, but rather the opposite.

He is part of a force of local hunters who have trained to become rangers. Their mission: to protect the park’s precious animals from ruthless poachers.

Lying on the flanks of the Sangha River, the 4,000-square-kilometre (1,500-square-mile) park, created in 1990, is the CAR’s last haven for elephants and Central African gorillas.

Luis Arranz of the environment group WWF, which runs the park in partnership with the CAR government, is worried that this precious refuge will also fall one day.

“It won’t last,” he predicts sadly.

He points to the potential booty for poachers from ivory tusks, giraffe skins, pangolin scales and gorilla meat.

Scientists, with the help of the Pygmy rangers, are moving through the park to draw up an inventory of the major species.

A team accompanying Jean followed the trace of the female elephant to a large, swampy clearing, where about 100 elephants were gathered, rummaging for salt with the tip of their trunks.

Poor and chronically unstable, the CAR has been wracked by civil strife since 2013. Poaching — facilitated by porous borders, negligible policing and voracious Asian demand — has been the big benefactor.

Ecofaune, a conservation NGO for the north of the country, estimates that the population of large mammals in Dzanga-Sangha has fallen by a catastrophic 94 percent over the last three decades.

Arranz is stricken by the loss.

“Giraffes have disappeared from the north, rhinos too. There are no more savanna elephants either,” he says gloomily. “The poachers are bound to come here one day.”