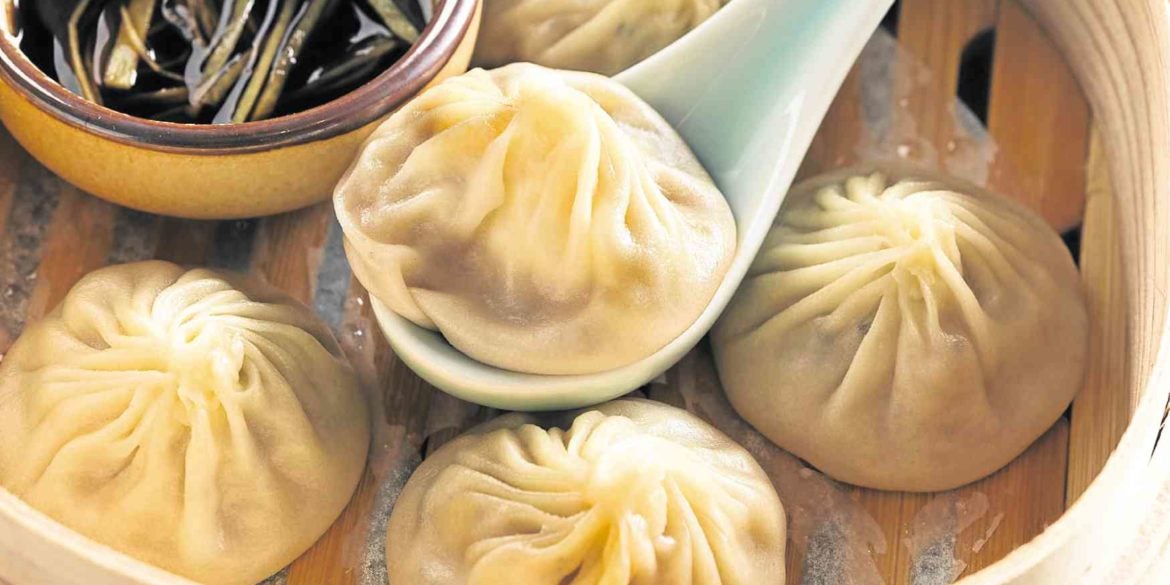 Given his small frame and elfin features, chef Justin Quek comes across as approachable—like a favorite uncle who just so happens to be a wonderful cook. The Singapore-based chef is in town for a weeklong food promotion at Solaire Resort & Casino’s Red Lantern.

This time, Quek is giving a taste of his Franco-Asian cuisine until Sept. 8.

“When I was very young, maybe 19, I wanted to work in a job that would give me a chance to travel and see the world,” Quek told Lifestyle.

The opportunity to work in an ocean liner’s catering team came. He was able to travel until his boss told him he had a talent for cooking that shouldn’t be wasted and that he should consider taking up a culinary course.

Quek did just that. He put in the time, later working in reputable properties in Asia and Michelin-star restaurants in Europe where he honed his skills and established his culinary flair for combining French techniques with his Chinese heritage.

Two examples of this are his Duck Foie Gras Xiao Long Bao and the flavor-rich Wok-fried Maine Lobster Hokkien Noodle.

“Xiao long bao is very Asian but when done the French way, with truffle and goose liver, it becomes something different,” the chef said.

Last Tuesday we also sampled his lobster noodles flavored with a stock made with 10 kilograms of lobster heads. “We cook our stock for 10 hours; no MSG added.”

He uses two kinds of noodles (rice and “yellow”) for texture and fries them in a wok to give the dish smokiness and char.

At Red Lantern, the noodles are served in a bowl, topped with shelled lobster and squid, and garnished with lobster head. On the side is sambal sauce with half a calamansi.

Quek and his team didn’t have a hard time sourcing ingredients for his dishes as Solaire receives imported supplies regularly. Brought in from Singapore were the homemade pastes and other flavorings like the Gula Java (organic palm sugar from Java) used for the dessert served that afternoon.

Aside from Red Lantern, guests can sample Quek’s dishes at Lucky Noodles near the gaming floor.

“By bringing in renowned and internationally decorated chefs from all parts of the globe, Solaire gets to share the fascinating ingenuity and creativity behind some of the best gastronomic creations,” said Knut Becker, Solaire’s vice president for F&B.