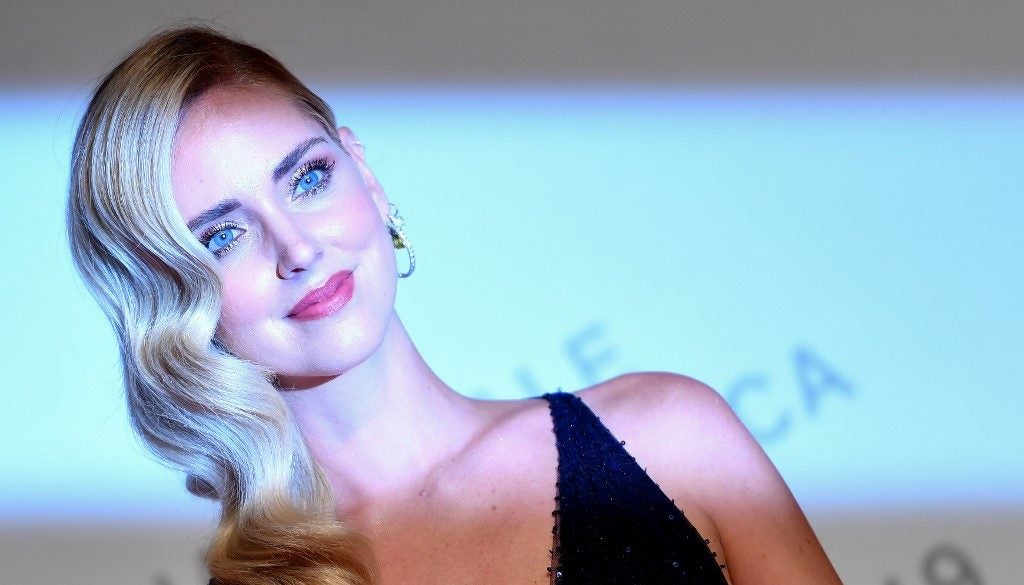 Italian blogger Chiara Ferragni poses on the red carpet as she arrives for the screening of the film "Chiara Ferragni Unposted" presented out of competion during the 76th Venice Film Festival on September 4, 2019 at Venice Lido. (Photo by Alberto PIZZOLI / AFP)

The longest queues at the Venice film festival have not been to see Hollywood stars like Brad Pitt or Scarlett Johansson.

Instead, the most hysterical fans were those who thronged the Lido dreaming of a selfie with Chiara Ferragni, the fashion influencer who has become rich selling clothes and her starry you-can-have-it-all lifestyle on Instagram.

While heartthrob Timothee Chalamet signed autographs for 20 minutes before his premiere of “The King”, even kissing one lucky woman’s “Call Me By Your Name” tattoo, the crowds were nothing compared to those Ferragni drew.

Hundreds were turned away from screenings of a new Amazon Prime documentary, “Chiara Ferragni — Unposted”, about her remarkable rise.

“You will never understand our love for her,” said Angela Fozzi, 24, who had made the long trip from Milan to see her and waited outside the cinema till 1 AM in the hope of a chance encounter.

“She is the greatest role model for women in the world,” the supermarket cashier told AFP, her hands shaking with emotion.

“She did it all herself. All she had was her smartphone and determination. She is an inspiration for women and we are so proud she is Italian,” she added.

Ferragni told screaming fans that this “was one of the greatest days of my life” when she briefly appeared on stage late Wednesday before a screening in a black Dior haute couture gown by her friend and fellow Italian Maria Grazia Chiuri — who also designed her wedding dress last year.

Earlier the statuesque blonde had posted a video of herself weeping uncontrollably at the film to her 17.2 million Instagram followers.

Such is Ferragni’s appeal that her wildly lavish three-day nuptials in Sicily, where she tied the knot with Italian rapper Fedez, reportedly made more of a splash online than the British royal wedding of Prince Harry and American actress Meghan Markle.

The heavily-tattooed singer had proposed to her on stage in Verona with an enormous solitaire diamond ring while thousands of his fans held heart-shaped cards aloft.

In the film, major fashion players including LVMH’s Delphine Arnault and Moschino’s Jeremy Scott queue up to trumpet how the influencer — the most powerful in the world, according to Forbes magazine — has democratized fashion and to dismiss “the haters” who at one time or another also included plenty of style royalty.

With more than 17 million followers on Instagram and her own $40-million fashion line, Ferragni can no longer be dismissed as a flash in the pan.

The influencer’s trailblazing story has become a Harvard Business School example of how social media fame can be monetized, with brands paying for her to endorse their products.

One American academic in the documentary even credits her with “reinventing storytelling by taking out the conflict” to set the template for Instagram’s “perfect life” aesthetic.

Her fashion-conscious mother confided to the filmmakers that the dentist’s daughter was never interested in power and “only wanted to be loved”.

Fans in Venice told AFP that it was Ferragni’s down-to-earth attitude that chimed most with them even as she traveled the world first-class in designer clothes.

I don’t care how rich she is,” said 19-year-old art student Maria, who was dressed to the nines for the premiere. “That she has done it means I maybe can do it too.”

But Ferragni won’t be moving on anytime soon.

In the film, she is seen taking advice from veteran designer Diane von Furstenberg about how to stay the course.

Already at 32, Ferragni is a part of social media history, having founded her Blonde Salad blog in 2009, which played on her resemblance to a living, breathing Barbie doll, but one with an astute business brain.

And we get flashes of her steely side as she accuses her former boyfriend and business partner Riccardo Pozzoli of betraying and trying to undermine her as she was about to give birth to her son Leone last year.

In a rallying call to her followers, she said, “You can do it alone… you don’t need a man.”