In time for holiday parties and reunions—Ulthera Prime for Two is 25% off at Belo | Lifestyle.INQ ❮ ❯ 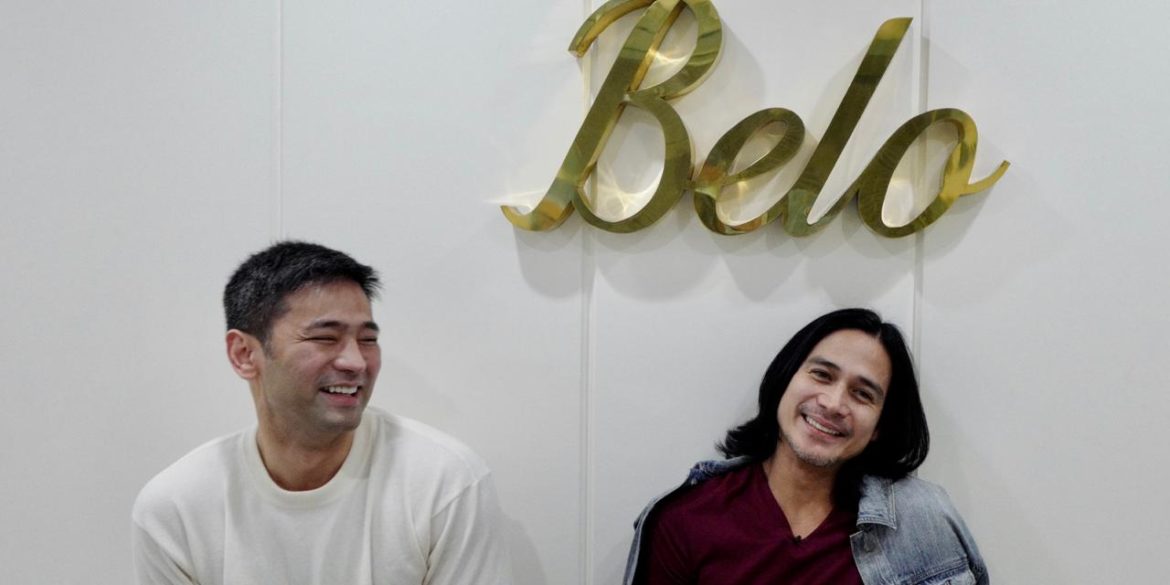 The most in-demand, noninvasive skin-tightening treatment can be done together not only by couples like Richard and Lucy Torres-Gomez, but also with a friend, partner, buddy or even with your son or daughter

The Belo Medical Group (BMG) has come up with an ongoing promotion as its way of saying “thank you” for making it the No. 1 clinic in the country for Ultherapy.

Belo Ulthera Prime for Two is designed for couples who want to experience this in-demand, noninvasive skin-tightening treatment —simultaneously and at 25 percent off—with a friend, partner, buddy or even with your son or daughter.

After Belo was honored as grand winner of the Ultherapy Transducer Award at last month’s Merz Aesthetics Tala Awards 2019, Dr. Hayden Kho of BMG recently underwent the skin-tightening procedure with his friend, the actor and long-time Belo endorser Piolo Pascual.

“The procedure didn’t hurt at all. Prior to it, we had topical anesthesia that’s why it was tolerable for me,” Kho said. “There’s just a little discomfort but it was definitely tolerable.” He simply compared the discomfort to “ngilo.” Kho noticed some initial lifting and tightening of his skin as soon as it was over, adding that “results get better over time, usually after two to three months.”

Ulthera is targeted at those who want to make their face smaller, more contoured, chiseled and lifted.

He said that Belo really doesn’t allow him to undergo procedures “because she doesn’t want me to look younger but she saw that I really needed Ulthera and that’s why I did it with Piolo.”

Since he’s always in front of the camera, Pascual was open to undergoing the skin-tightening procedure.

After his treatment, the actor said he was happy with the results. “If he was chiseled before, he is more chiseled now and his skin is tighter. As Vicki would say, ‘saran-wrapped to the bone,’” Kho said.

There’s a dedicated room at the BMG clinic in Makati for couples who book Ulthera Prime for Two. They can enjoy the treatment together—at 25 percent off for both of them—and emerge looking younger and refreshed with results that improve over time.

Kho pointed out, however, that although the procedure is done simultaneously, patients might have different pulse requirements for their respective skin conditions.

Ulthera Prime is an MFU-V (Micro Focused Ultrasound with Visualization) treatment, which means doctors can see if they are on the right level of the skin’s patient to ensure optimal results.

“That’s one of the best things about Ulthera Prime —pulses can be customized or adjusted depending on the needs of the patient. For example, younger patients might require lower pulses.”

Models Hideo Muraoka and Fatima Rabago also recently tried Ulthera Prime for Two. The couple, who have two young children, are hands-on parents. They don’t have a nanny so they have to juggle family life and work.

“Hideo and Fatima are our target markets—busy people who are always on the go. They want lifting, tightening and contouring results that don’t require a lot of sessions. They were super happy with the results,” Kho said.

Belo babies who were the first to do Ulthera Prime for Two are couple Richard Gomez and Lucy Torres-Gomez.

With the holiday season approaching, bringing with it family reunions and parties where one wants to look their best, interested couples might want to consider availing themselves of Belo’s Ulthera Prime for Two.