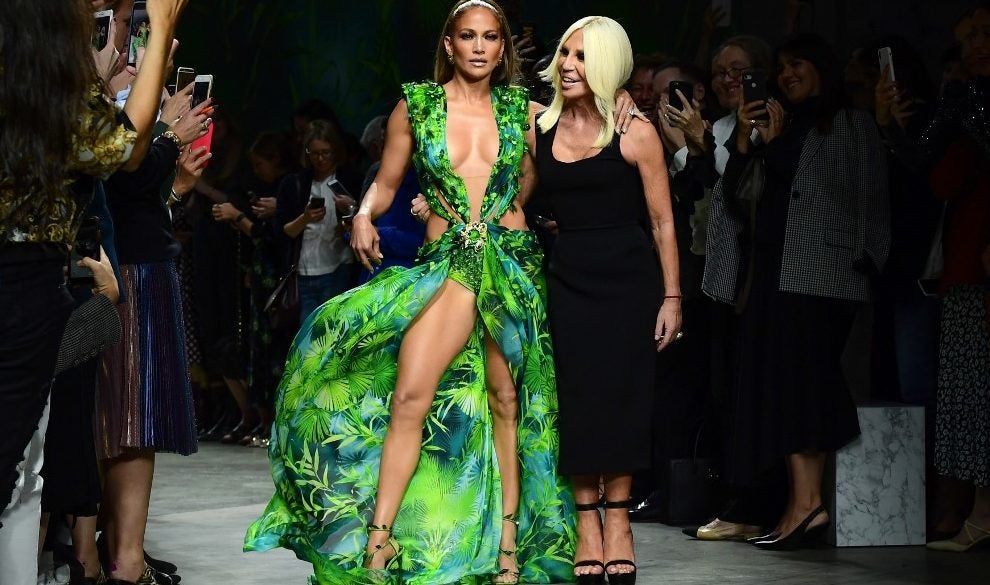 After Jennifer Lopez closed the spring/summer 2020 Versace runway show in a reworked version of “The Dress,” she offers ‘Vogue‘ a five-minute insight about it.

In 2000, Jennifer, who was just starting a mainstream career, made fashion history when she attended the 43rd Grammy Awards in a revealing green Versace number. 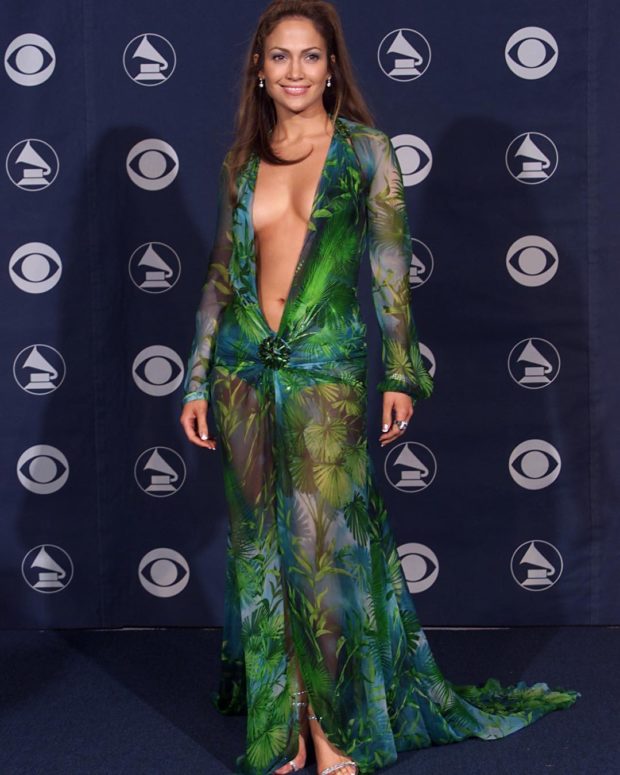 Forget about the fact that back then she was dating P. Diddy.

Forget about the fact that she was nominated for Best Dance Recording for “Let’s Get Loud.”

Forget about the fact that she just released her debut album “On the 6” at that time.

We only remember “The Dress”—a term that J.Lo admits she and Donatella Versace, who also wore it herself before the singer, use as well.

It was so popular that it gave this little search engine called Google one of the highest search surges it had back then.

Cued up perfectly after a day flooded with Jennifer on the Versace catwalk clips, ‘Vogue‘ released a tell-all about “The Dress” and why it was such a defining moment.

To contrast, Jennifer talks about the provocative piece in a crisp and conservative white and black outfit. But that’s just J. Lo for you.

“I didn’t think it was all that risqué, to be honest. I was more excited that it the Grammys,” the singer confesses in the video.

One last note: This green dress is THE DRESS and not that gold/white, black/blue disaster.

BEAUTY REVIEW: This indie Filipino beauty brand is sold out even before its official launch