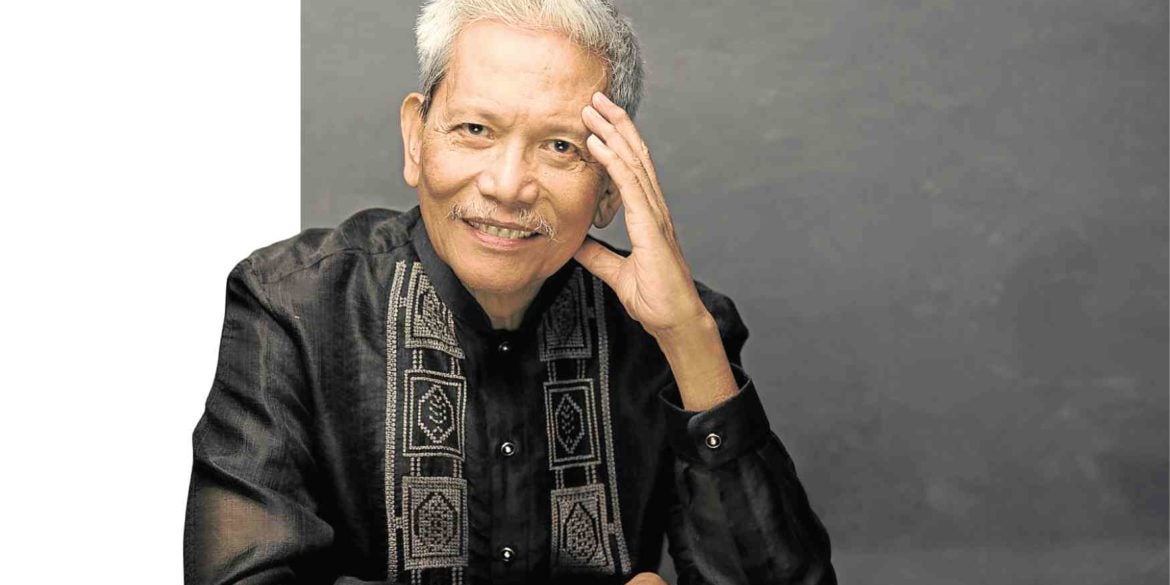 Despite both a heart condition and a stroke, the renowned writer and teacher remains strong and productive at 70

This piece is about my husband. But it’s in no way self-indulgent. (Notice my tongue in cheek.)

Mario Ignacio Miclat had a brush with death when he furiously bled after a quintuple bypass operation at age 49. What would happen to this man of letters, scholar and academic? Blood donors came to his rescue—friends and friends of friends from the academe, corporate world, police and military.

An excellent team of surgeons and doctors at the Heart Center gave him a new lease on life. A group of nurses converged at his hospital bed to see who this guy was, who had blood donors queuing from sunrise to sundown. As a result, there was a surplus of donated blood, which benefited other patients during a dengue epidemic.

That was in 1998. Twenty-one years later last August, he stood at the Cultural Center of the Philippines to receive the Kampeon ng Wika award from the Komisyon sa Wikang Filipino chaired by National Artist Virgilio Almario. The award is for his “exemplary contribution toward the development, dissemination, growth and preservation of [the national language].”

It has been a long journey for Mario, fondly called Doc Mic, from the time he set foot at the University of the Philippines (UP) in Diliman to study. His last year on campus was the height of activism which led to the First Quarter Storm of 1970.
That activism took him and yours truly to Beijing, China, right before the suspension of the writ of habeas corpus in 1971. Martial law would be declared in 1972.

It was to be a 15-year exile. We worked at Radio Peking which aired a 30-minute program in Filipino three times a day, beamed to the Philippines.

Two daughters, Maningning and Banaue, were born there. The 1986 People Power Revolution and the downfall of Marcos brought our family back to the Philippines.

Doc Mic wrote a detailed exploration of our 15-year China sojourn in the novel, “Secrets of the Eighteen Mansions” (Anvil Publishing, 2010), longlisted for the 2009 Man Asian Literary Prize. It became a bestseller and was reprinted after only three months. The four of us wrote and shared our family journey in China in the book “Beyond the Great Wall” (Anvil, 2006). It won the National Book Award for biography in 2006. It came on the heels of Doc Mic receiving the 2006 Patnubay ng Sining at Kalinangan from the City of Manila on the occasion of its 435th founding anniversary.

Returning to the Philippines, Doc Mic accepted the offer of UP president Edgardo Angara (who would later become a senator) to teach at the Asian Center, UP’s graduate school for Philippine and Asian Studies. He taught full-time while taking up his Master’s and Doctoral degrees, one after the other.

Teaching multidisciplinary graduate courses and an undergraduate Rizal course did not deter Miclat in pursuing his literary muse. He won in the Palanca Awards and in the Cultural Center Literary Prize. He became director of Sentro ng Wikang Filipino (SWF) of the UP System, continuing the project initiated by former director, now National Artist, Virgilio Almario—at the insistence of president Jose Abueva—to produce tertiary-level science and mathematics textbooks in Filipino.

After his stint as SWF director, he produced a book of translation of the most distinguished English science fiction by Arthur C. Clarke, Alan Lightman and Daniel Keyes. Entitled “Ang Tala, Mga Panaginip, at Bulaklak sa Libingan ng Daga,” the book was mentioned by former Ambassador Jaroslav Olsa Jr. of the Czech Republic, a science fiction enthusiast and collector, as the first science fiction book in Filipino.

His science fiction translations came in the heels of his translation from the Chinese original of Cao Yu’s “Ang Taong Yungib ng Peking.”

Doc Mic passionately taught and was much loved by his students. He was given a UP Centennial Professorial Chair and UP Press Centennial Publication Award in 2008 on the occasion of UP’s 100th anniversary. He became dean of UP Asian Center in 2009 until 2011, when he had to retire due to his heart condition. He has had four angioplasty procedures in a span of 21 years. To top it all, he had a stroke in 2012 which left him with temporary memory loss, immobilized him for more than three months and impaired the right peripheral vision of both eyes.

But as the saying goes, you can’t put a good man down. He taught himself to use the computer again. Disciplined physical therapy sessions, tender loving medical care from his cardiologist of 21 years, Dr. Edna Monzon, and a tenacious heart and spirit helped him bounce back.

Earlier, Doc Mic received a citation for his accomplishments as a writer and academic from Likhaan (UP Institute of Creative Writing Center) headed by Jose “Butch” Dalisay Jr. It describes him as: “Accomplished essayist and fiction writer, whose skill and craftsmanship have created stories of remarkable sharpness and poignancy in both English and Filipino, and whose extraordinary insights into culture, politics, history, literature and the human condition have enriched local and international discourse on nation and imagination.”

It adds: “Passionate teacher, whose depth of knowledge and understanding has inspired countless future scholars, writers and lovers of the written word.” Finally, the citation says, “Tireless administrator, colleague and friend, whose quiet gestures of kindness have touched many lives and whose magnanimity of spirit casts a ripple that extends to infinity.”

Doc Mic’s story still unfolds, as he turned 70 last Sept. 12. With his heart stronger than ever, he hopes to come up with another novel soon—another cause for celebration. —CONTRIBUTED

The author is the president of the Maningning Miclat Art Foundation Inc. which is holding the 2019 Maningning Poetry Awards in collaboration with Ateneo Library of Women’s Writings on Sept. 24 at Escaler Hall, Ateneo. Email [email protected]