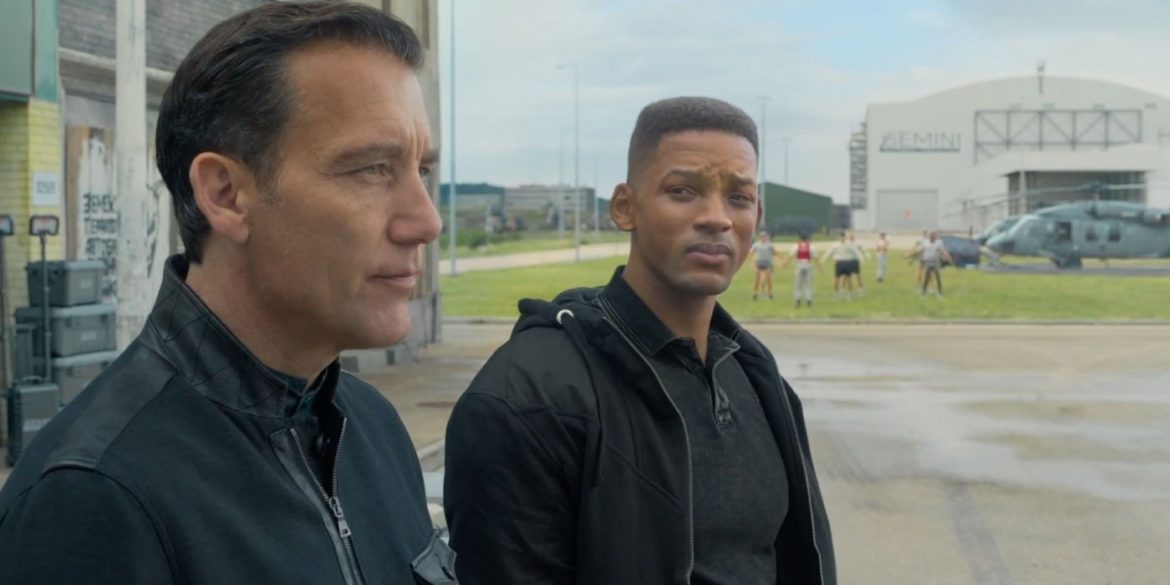 Clive Owen is Clay Varris, the baddie to Will Smith’s protagonist

Ang Lee’s action drama “Gemini Man” unfortunately doesn’t have enough substance to pair with its style, which is what most of the press (and the filmmakers) have been talking about in regard to the movie.

Will Smith does double duty as veteran government assassin Henry Brogan and his younger clone Junior (that’s not a spoiler because it’s in all the marketing and you find out pretty early). Henry starts to make overtures about retiring after almost botching a job and killing a civilian. Thinking him a loose end, the kill order is given, and what better (“or more dramatic!” says Hollywood) way to do it than by sending *checks notes* the clone of himself! So begins a cat-and-mouse round-the-world chase in which cat IS mouse.

Clive Owen is baddie Clay Verris, and I wish they gave such a great actor a more interesting character but he gets the lion’s share of the mostly on-the-nose, cliché dialogue everyone sadly gets. Mary Elizabeth Winstead is Dani, an agent who gets caught up in the mess, and while she acquits herself the best she can, her portions are meager.

What seems to set this project apart is Ang Lee’s decision to shoot the entire thing at a high frame rate of 120 fps or frames per second (the standard is 24). Previous large-scale attempts at high frame rate tended to be set at 48 fps (like Peter Jackson’s “The Hobbit” trilogy), but Lee’s ideal exhibition standards (3D, 4K, 120 HFR) are so exacting not a single theater in the United States is able to meet it. The trouble with shooting at that frame rate is that while everything sports more detail, especially during movement, it also makes everything look like video. When the action is going it can get pretty intense, you do feel a bit more like you are in the scene. This makes it feel like a video game, which can be both cool and annoying at times. But when things are at a more leisurely pace, it can feel like you’re in a terribly expensive TV demo at Abenson’s that happens to star Will Smith.

The other feature is the de-aging tech that makes Will Smith look like his young self and it’s pretty good; pretty good here meaning it didn’t distract the way it sometimes does when Hollywood movie magic dips into the Uncanny Valley of trying to pass itself off as realistic human beings. It’s definitely better than “Tron: Legacy.”

The plot is B-movie material, sure, and in the hands of a visionary like Philip K. Dick this probably could’ve been more interesting but there’s a sanded-down feeling to the proceedings; the existential struggles of Junior we only get glimpses of before action kicks into gear again, and there’s some touchy-feely daddy issues material that could’ve been more graceful in the execution. It doesn’t help that there are moments where things would move much faster if one of the characters would just say out loud the most obvious thing in the world (“You’re a clone! That’s why you look identical!”), a personal pet peeve.

So while “Gemini Man” has a few tricks up its sleeves, there’s not enough material under the rest of the shirt to really justify why the clothes look so fancy.