Merries in the hearts of Momoland | Inquirer Lifestyle 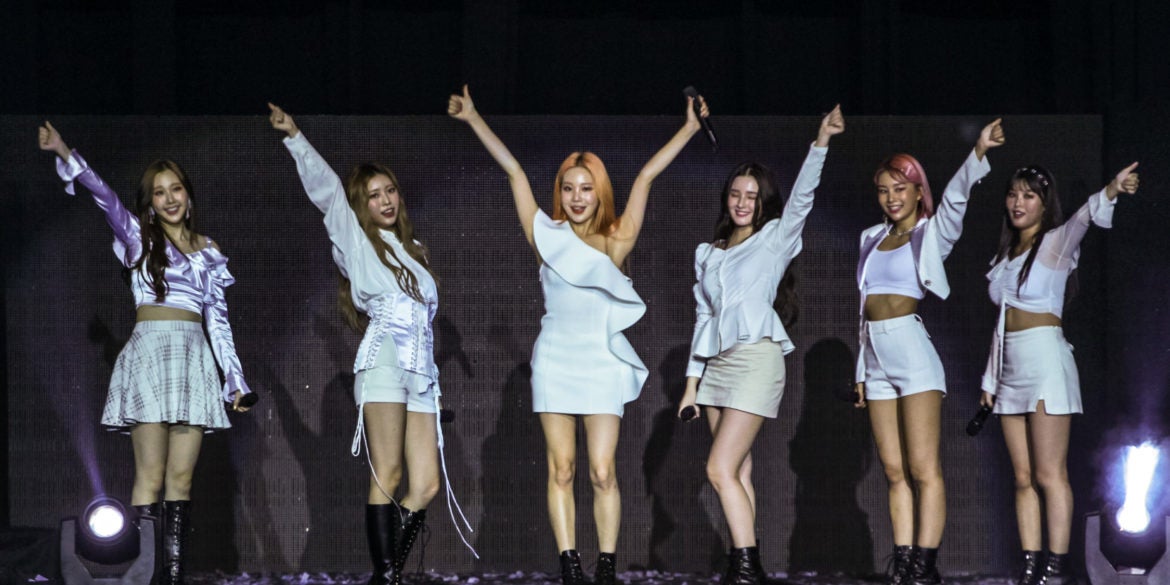 Merries in the hearts of Momoland

Why is it that Momoland keeps coming back to the Philippines?

“We truly feel loved by Merries, our Filipino fans, from the moment we arrived at the airport up to the concert, the chants of the fans, we feel the support,” JooE said.

Momoland took fan service a bit further by actually giving their earnings back to their audience here in the Philippines. For the first time in the country, a K-pop group is donating all of its concert earnings to a local charity as a way of giving back to its Filipino fans who have embraced them dearly. 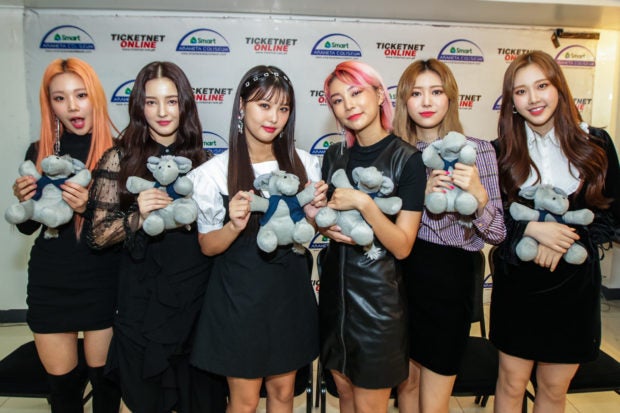 There was even a ceremonial turnover during the “Good Friends in Manila” concert held last Oct. 5 at the Araneta Coliseum. Ex-Wanna One members Ha Sung-woon and Kim Jae-hwan were also part of the concert as solo artists.

Midway through the concert, Momoland presented a plaque representing their donation to Cassandra Naidas, CEO of Miraean Smart City which will organize the distribution of clothes and other necessities to the beneficiaries scheduled later this month.

Jane of Momoland explained to Super K that they “want to continue giving love to Merries (their fans)” and that the group “wants to keep doing lots of charities.” Super K sat down backstage with JooE, Hyebin, Jane, Nayun, Ahin and Nancy for a short interview prior to the concert. We asked them how they felt being named by an online study as one of the Top 5 K-pop bands in Asia.

It was Momoland’s fourth visit to the country since holding their first fan meeting in January in the same venue.

For a bit of fun, we asked some trivia from the girls. Who in the band can tell their deepest secrets to? Nancy, JooE and Hyebin all pointed to Ahin.

Nancy picked Hyebin as the person she wants to cook for her.

“No one cooked for anyone before, so we don’t know how their cooking really is. But only Hyebin actually has prepared breakfast for me on my birthday before… Now she makes a lot of food and she loves food,” she said. JooE agrees, and picks Hyebin, too. 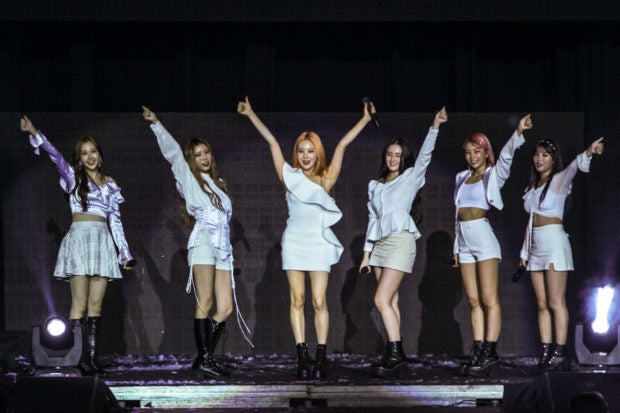 The girls were very diplomatic and pointed at their actual roommates when they were asked who for them is the best dorm mate.

When they were asked which of them was the most addicted to social media, they all pointed at themselves.

Their immense popularity may not have sunk into the girls’ minds just yet, but proof of that was a pretty big attendance of screaming Merries of all ages and sizes at the concert.

Yeonwoo, Daisy and Taeha were not in attendance for health and personal reasons, according to their agency. Nevertheless, the concert was the fun, exciting and colorful show the girls are known to deliver.

Momoland’s performance was a collection of their all-time greatest hits as well as songs from their latest mini-album, “Show Me.”

Sung-woon opened the concert with a well-choreographed and expressive “Bird,” one of the singles to his debut EP “My Moment,” released earlier this year. His set list included “Don’t Forget,” “Tell Me I Love You,” “Blue Maze,” “Blue” and “What Are You Doing Today.” The last two songs are from his latest mini-album, “BXXX.”

The shrieks were a bit louder for Jae-hwan, who showed impressive versatility with songs from his debut solo album “Another,” (“Begin Again,” “My Star,”) the “Chief of Staff” OST (the powerful “Black Sky,”) as well as covers of Demi Lovato (“Sorry Not Sorry,”) and Trey Songz (“Neighbors Know My Name”) before finishing with the electrifying, “Designer.”

Momoland began with their signature song, “Welcome to Momoland” and included the EDM version of “Uh Gi Yeo Cha,” “Holiday,” “I’m So Hot,” the EDM version of “Wonderful Love,” “Falling U,” and kept the audience, young and old, dancing with “Bingo Game,” “BAAM” and “BBoom BBoom.”

Momoland ended the night with the heartfelt Tagalog cover of Yeng Constantino’s “Salamat.”

They have a message for Philippine Merries: “We want to thank you for the many greetings and expressions of love for us. We promise to return the favor by making new songs and more albums.”

Momoland shares a deep connection with their legions of devoted Filipino fans. One can almost say it’s a mutual admiration group. Like good friends, indeed.

The “Good Friends in Manila” concert was organized by DNM Entertainment.