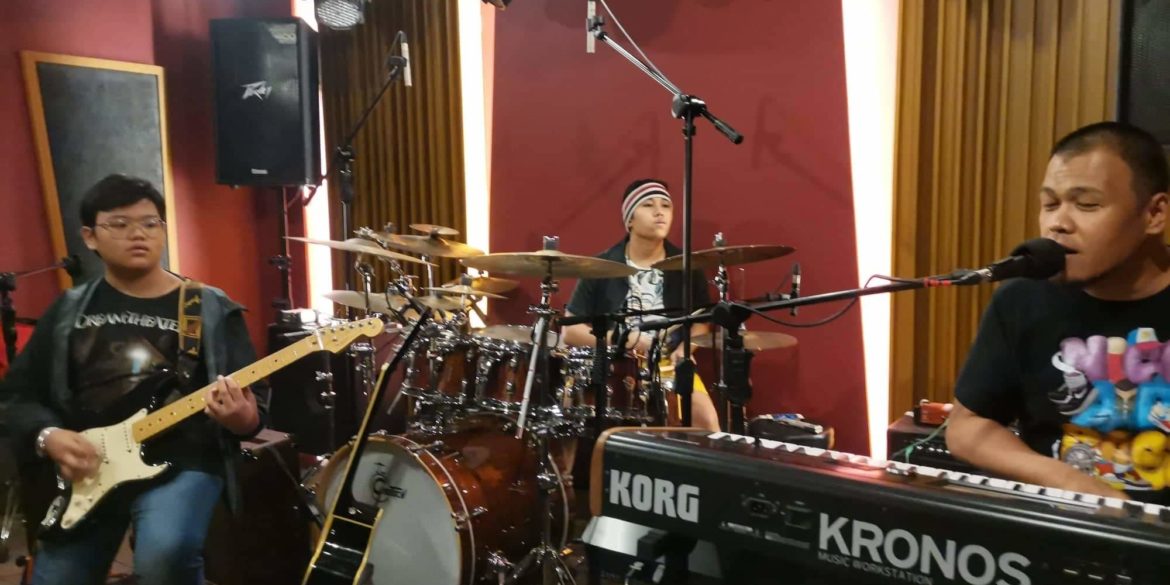 What’s in a name—or why BanDurias, Avalon, Ivy and Oinkers

In the music scene, the name of an artist or a band immediately draws people’s attention to be curious about the artist’s or band’s music.

The name BanDurias sounds very musical. But though it’s a reference to the Spanish string instrument bandurria, what this newly formed band represents are its three members surnamed Durias—Jay, his daughter Kahlil and son Jaydee.

Jay Durias—bandleader of South Border and hands-down one of the country’s best musicians—first learned to play keyboards at a young age, tagging along with his father Bong, who was then a folk singer in Davao.

Now Jay’s two kids are following in his footsteps. Kahlil, 19 and the elder of the two, plays the drums. She has a keen sense of time, which is the most important trait a drummer must have.

Jaydee, 12, plays the guitar. He’s precocious, kind of like an old soul attuned to the music of the past, at the same time abreast of new music. He also has a perfect singing pitch.

BanDurias will debut as a group today, Oct. 13, at the Pinoy Playlist music festival at the BGC Arts Center.

The gig is part of a grand six-day fest that opened Oct. 11 and continues Oct. 18, 19 and 20. View the complete schedule and performers’ lineup on ticketworld.com.ph, Facebook @BGCArtsCenter

Avalon, meanwhile, is the name of another newly formed band. A brainchild of musician Wowee Posadas and some friends, Avalon pays tribute to the music of the classic rock band Eagles, in the same way that Posadas’ own band Black Cows plays Steely Dan.

The band’s debut performance is a benefit concert for the National Children’s Hospital on Oct. 17 at House Manila in Holiday Inn Express, Resorts World Manila.

But why the name Avalon? Posadas recalls that one of his business partners saw a copy of Roxy Music’s 1982 album, “Avalon,” whose cover artwork had a model wearing a medieval helmet with a falcon perched on her gloved hand. “We adapted the name Avalon,” says Posadas.

It’s been a while since the public last saw Ivy Violan, who earned a reputation as a song festival queen for having won a string of international singing competitions in the 1980s and ’90s.

In 2012, she migrated to the United States, continued singing there, put up a music production house, but missed the Philippines so much that she came home two years later.

Ivy—born Iveron Carmen Velasco Violan—was a mass communications major at the University of the Philippines Diliman when she joined the Sangkatutak Band in 1973.

The band performed regularly at Rino’s and Eduardo’s on Roxas Boulevard. “We did four sets a night then,” says Ivy.

Discipline is key to a long career, she notes. She keeps her vocal cords in shape by having a voice coach, Jeannie Tiongco.

To celebrate her 38th year as a singer, Ivy is performing on Oct. 19 at Vu’s Sky Bar & Lounge, Marco Polo Ortigas.

One of her special guests is her former Sangkatutak bandmate, Richard Merk.

A talented singer named Asia Gabriela has engaged in business by opening Oinkers, a snack place in Better Living, Parañaque (165 Ferrer St. Annex 1618). She was so persuasive that I traveled from Bacoor, Cavite, to try her food.

Among the sandwiches, the Bacon Mushroom Melt and Cheeseburger were notably tasty and better than the top burger brands in the city.

Oinkers also serves pasta, of which the Carbonara was flavorful. No beer or wine here yet, but I hope there will be, soon.

So, why Oinkers? “Because you’ll end up pigging out,” says Asia.