Some of the designers who have been featured in the past include American designer Oscar de la Renta, United Kingdom’s Vivienne Westwood, China’s Guo Pei, and last April, Greek designer Mary Katrantzou.

In an email interview with Lifestyle, the designer recounted how his “FB friend” and former fashion writer at New York Examiner Jeffrey Felner recommended him to SCAD Museum of Art director of fashion exhibitions Rafael Gomes.

“I got an email from Gomes four months ago saying that he wanted to exhibit my couture gowns worn by famous celebrities on the red carpet and in music videos, films and concerts,” Cinco said. 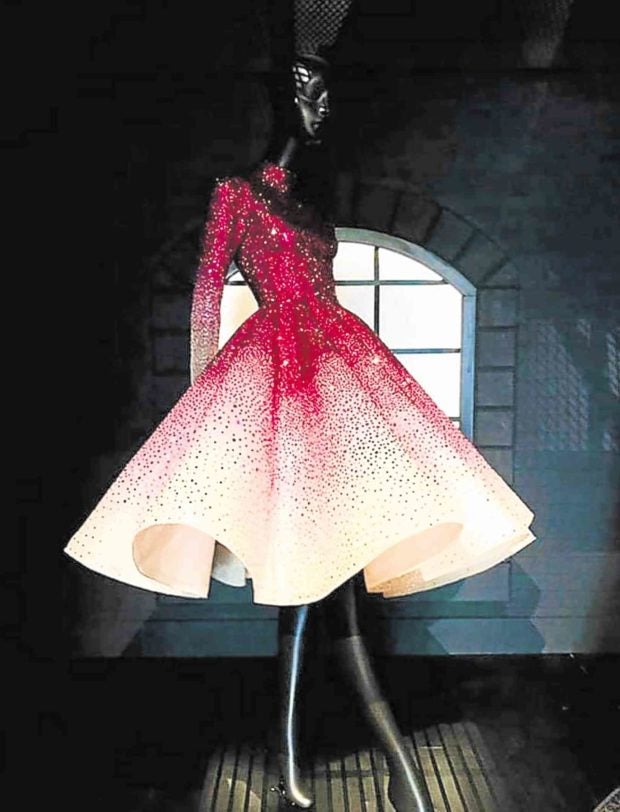 “I was so ecstatic and in shock because I recall seeing pictures and videos of Guo Pei’s exhibit and I was in awe. He also told me that I was the first Filipino designer that they approached.”

This exhibit, which is ongoing until early January, explores Cinco’s unique global perspective, evident in his use of French couture techniques alongside traditional Filipino textiles and embroidery methods.

Cinco has shown his work in Dubai, Los Angeles, New York and Paris. A 2014 Presidential Award winner for Outstanding Filipinos Overseas, he is part of the Asian Couture Federation, an exclusive organization of the best designers in Asia.

Visitors to the exhibit will have the chance to see up close some of his sparkling creations worn by Beyoncé, Sofia Vergara, Jennifer Lopez, Kylie Minogue and Lady Gaga. Some of the gowns worn by Bollywood star Aishwarya Rai at the Cannes Film Festival will likewise be displayed.

“I’m so proud and honored to have been chosen for this exhibition. It’s every designer’s dream to have his works exhibited in a fashion museum,” Cinco said.