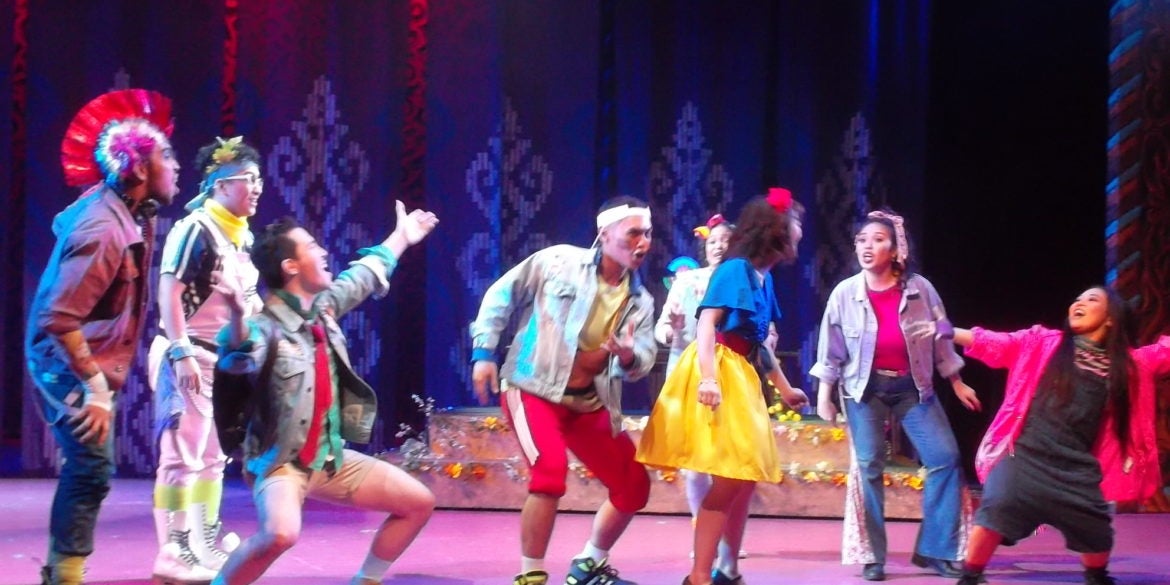 Excerpt from “Snow White and the Prince”

For its 83rd season in 2020, Repertory Philippines is presenting a romantic comedy (“Stage Kiss”); a Pulitzer Prize-winning play about the power of literature (“Anna in the Tropics”); a beloved Rodgers and Hammerstein musical (“Carousel”); and a new take on a fairy tale (“Snow White and the Prince”).

But, ah, there is more, something called “Rep Unplugged,” as announced by Repertory president Mindy Perez-Rubio and artistic director Liesl Batucan, in a recent press conference at Onstage, Greenbelt 1, Makati.

“It will be launched in June and features an out-of-the-box approach and fresh take on theater,” Batucan said.

“It is the first run-through of a show, a production which is completely unconventional,” Lacson said.

The press launch featured videos of the directors of the different productions: Carlos Siguion-Reyna for “Stage Kiss” by Sarah Ruhl; New York-based Joey Mendoza for “Anna in the Tropics” by Cuban-American Nilo Cruz; Toff de Venecia for “Carousel”; and Joy Virata for “Snow White and the Prince,” by Janet Yates Vogt and Mark Friedman.

“Stage Kiss” runs Feb. 7 to March 1, 2020. It stars Missy Maramara and Tarek El Tayech, and is set backstage. The two play lovers in a play and it so happens that, at one time, they were lovers in real life!

Maramara and El Tayech did excerpts from the play on video, while snippets from the rest of the productions were performed live by actors.

“Anna in the Tropics” is about the power of literature, in this case Tolstoy’s tragic masterpiece, “Anna Karenina,” and how it can affect lives.

At a cigar factory in Tampa, Florida, in 1929, a hired lector arrives and reads aloud the novel to oppressed workers. As the reading progresses, the laborers see themselves in the characters and events being described, igniting a chain reaction of conflicts and accusations. “Anna…” runs March 13 to April 5, 2020, with a powerhouse cast led by Ana Abad Santos.

Nikki Gil, who has a clear, bell-like soprano, and Gian Magdangal played Julie Jordan and Billy Bigelow, respectively, in the affecting and famous “If I Loved You” sequence from “Carousel,” which runs May 1 to 24, 2020.

The season ends with “Snow White and the Prince” (Sept. 12, 2020 to Jan. 31, 2021). Snow White meets the prince at the ball and they fall in love, but their romance is disrupted by the Evil Queen and the young beauty has to flee to the forest. There she meets, well, not seven dwarves but seven “unusual miners.” —CONTRIBUTED