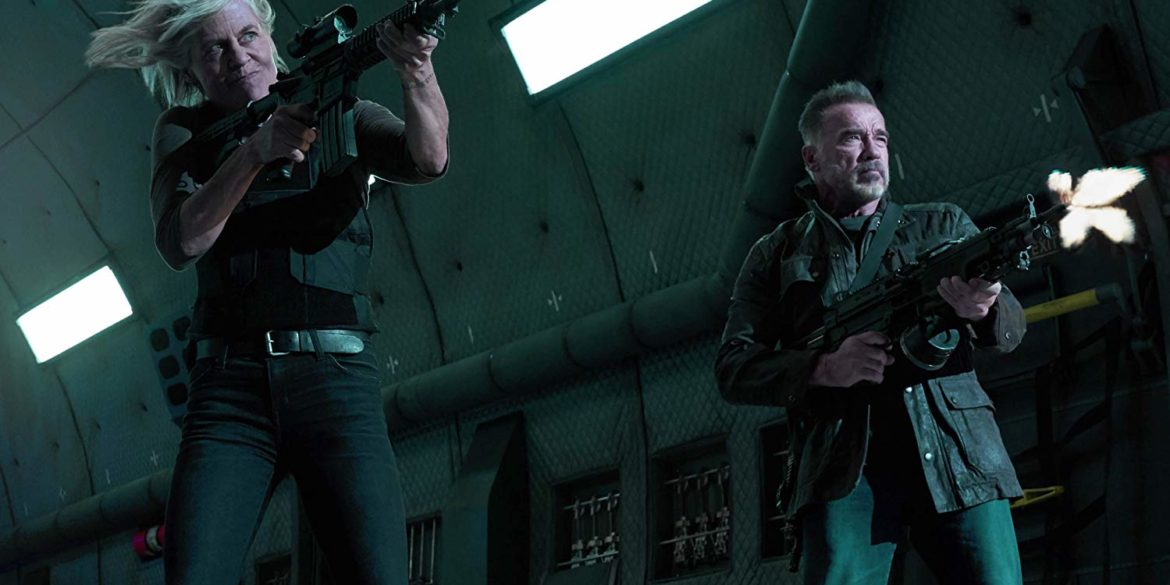 Tim Miller’s first film since “Deadpool” landed him on the map, “Terminator: Dark Fate” is the sixth entry into the series, but the first since “T2” with significant input from creator James Cameron. It seems to pretend the prior three sequels (y’know, the non- James Cameron-directed ones) never happened, and promptly squares us in a new timeline in the first introductory minutes.

This leads to the very welcome return of Linda Hamilton to the franchise, and later on, ol’ Arnie Schwarzenegger himself, and it is a blast to see these two together again, though the film does rely on a familiarity with the first two films to anchor the most emotional beats in the film. This might not play so well with new viewers, especially since the new “savior of humanity” character, Natalia Reyes’ Dani Ramos, is underdeveloped, with nary a particularly interesting thing to set her apart. Mackenzie Davis kicks ass, on the other hand, as the new savior of the “savior of humanity.”

The new antagonist is called the Rev-9, and feels like the filmmakers wanting to have their cake and eat it too, as it’s a combination of the famous T-800 endoskeleton with the liquid metal T-1000 sheath over it. But this time it’s black! Because 2019.

The action scenes are plentiful, and lots of things explode, though the fight choreography could have been more memorable. To be honest, it did get a little bit exhausting by the end, the sensory assault of weapons fire and kabooms starting to blur into one another. While this is certainly the best Terminator sequel in several years, that doesn’t say much compared to the slim pickings. It’s still got a ways to go to compare with Cameron’s first two, but they now seem headed in the right direction.