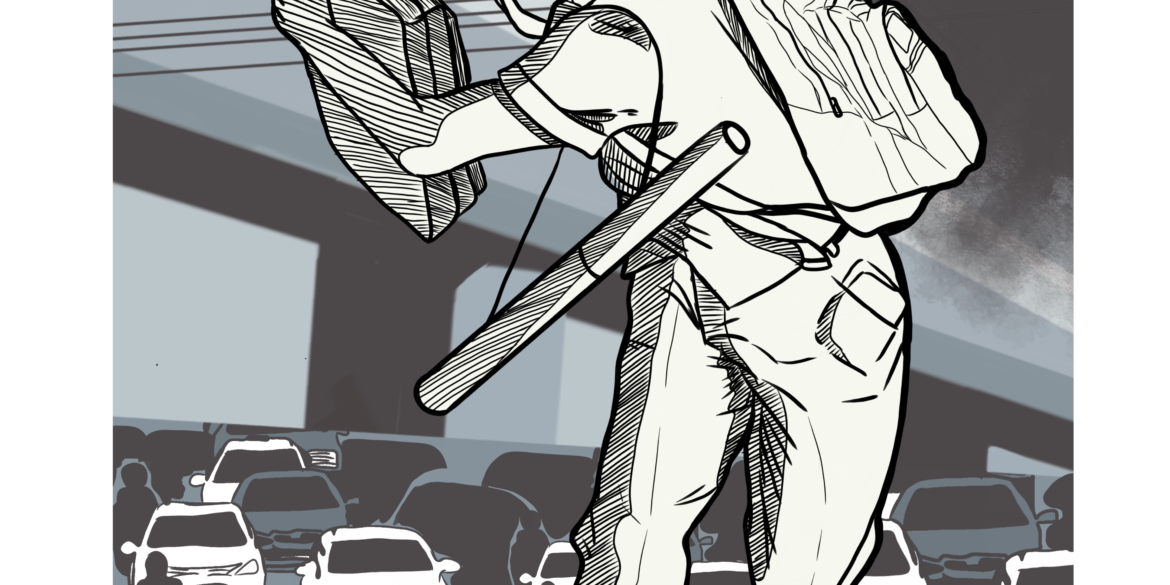 The daily struggles of student commuters

Mass transportation is essential to modern society. It is not exclusive to a particular demographic and should not be taken for granted, even by people who do not rely on it to go about their daily business.

In the wake of the recent LRT 2 fire, the closure of two LRT 1 stations due to mechanical trouble, and the worsening traffic congestion in the metro, the Philippines’ mass transportation issue is now tantamount to a life-and-death issue, affecting all sectors of society.

Filipinos from different walks of life complain incessantly about being late for work or about the amount of time they waste sitting in traffic.

The sad part? Someone has yet to come up with a solution.

This is the daily struggle of many Filipinos. To call this experience a “challenge” is putting it lightly.

The mass transportation crisis affects students as well. As if trying to make it to class on time in this traffic situation wasn’t tough enough, students must deal with other important things like academics, family life and self-care.

“The rides are such a hassle. Imagine waking up at 3 in the morning just to make it to my 7 a.m. class every day. It affects every aspect of my life. Instead of getting rest and sleep, I am stuck in traffic, feeling tired and restless,” says Shaun Volante from the University of Asia and the Pacific.

The problem of mass transportation and getting around the city affects Filipinos physically, emotionally and mentally. From sitting behind the wheel of a car stuck in traffic for hours to lining up at the bus, jeepney or train stop under heavy rain, students lose precious time that could have been used in studying, doing projects or bonding with family and friends.

Some students from the Katipunan area in Quezon City are forced to use up their allowance (including lunch money) just to get to school on time. Many have resorted to using Grab or other TNVS (transportation network vehicle services) applications and leave earlier to make it in time for class.

From spending P50 a day, some end up spending up to P300 daily to commute!

“My past route consisted of a bus ride and two LRT rides costing around P80 daily. Now, my route costs me around P400 for two P2P trips and one UV Express ride daily. This infuriates me as the price is not just more than double, but the travel time increased from an average of three hours to an average of four and a half hours, depending on the availability of the buses and FXs,” says Raffy Briones from Ateneo de Manila University.

Students and their parents aren’t just spending more on commute money. They are also spending for a dorm, a motorcycle or car pool. When students say they are “tired,” they are really tired.

“The long queues, countless hours in traffic, squeezing into a van with commuters packed like sardines—you get to school with barely enough energy, and you go home super drained to even do homework. If it were not for the traffic, my eyebags wouldn’t be as dark as they are now,” says Ram Cartney Cortez of De La Salle University.

According to the Metro Manila Development Authority, the Philippines loses P3.5 billion in potential income daily due to the worsening traffic congestion. The figure is expected to rise to P5.4 billion in 2035 if the problem isn’t resolved.

If this isn’t a crisis, then I don’t know what is.—CONTRIBUTED