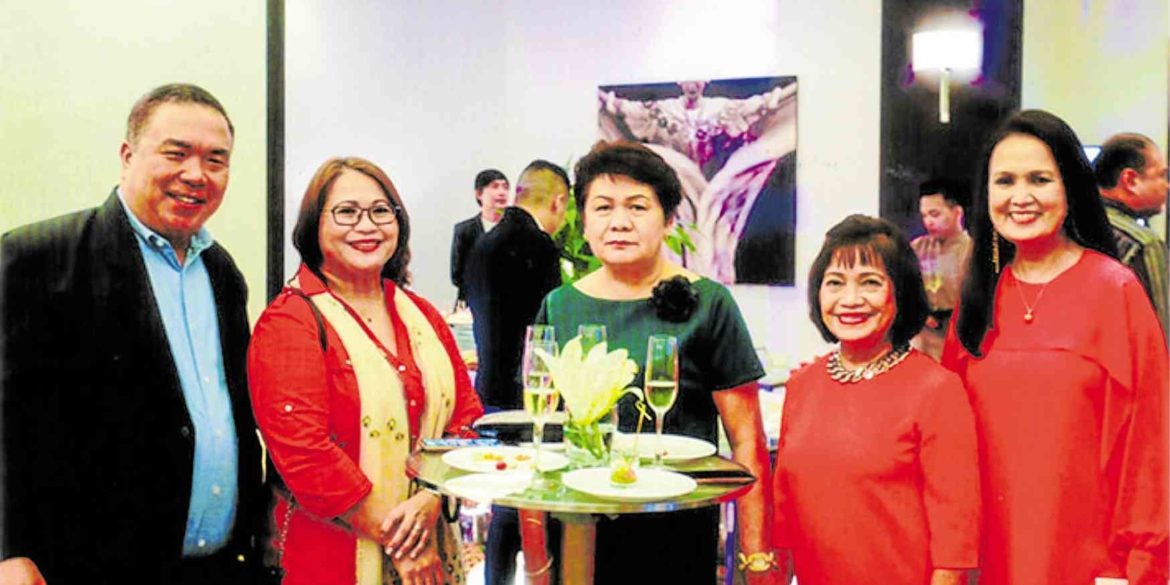 The Seda Ayala Center Cebu Hotel issued invitations that said “Feliz—A Holiday Journey,” an evening of fine dining at the hotel’s Sampaguita Ballroom. The invites also requested guests to wear red or gold, or combinations of both.

She happy said the “Feliz Navidad” is what the lure meant. And what better way to celebrate the joyous season than with a menu based on Filipino Yuletide traditions?

Frances Alfafara, the hotel’s director of sales and marketing, explained that here was a menu whose every dish represented an aspect of Christmas in the Philippines.

World-renowned sommelier Julian Gagliardi, general manager of Happy Living, came from Manila to choose which wines went best with the food. The results were most felicitous.

To top it all, Cebu’s Chocolate Queen Raquel Choa was involved in lacing some of the dishes with the right amount of flavoring. She was present, and really shone when desserts were served. But that is going ahead of the story.

The Mandaue Children’s Rondalla completed the ambience with a repertory of Philippine airs that were much applauded.

How did the evening unfold? It started with “Simbang Gabi” with Puto Maya, sweet Cebu mango tidbits, and a demitasse of hot sikwate, local chocolate; a mushroom soup followed.

Next was “Noche Buena,” which featured tender slices of juicy ham cured months ahead in the hotel’s kitchen, based on a treasured recipe. This will be available at the hotel’s dining outlets throughout the Christmas season. There we go!

A thick coconut sorbet was the prelude to “Media Noche,” which consisted of pan-seared salmon on a bed of buttery mashed potatoes.

The feast concluded with Raquel Choa’s Chocolate Chamber delights, which made everyone linger for them and to have repeats of Julian’s choice of wines.

Where’s the Christmas tree? When is it going to be lighted? Someone asked. Gwen and Frances were quick to answer, that is entirely a different event, set for the evening of Nov. 18 at the sumptuous lobby of the Seda Ayala Center Cebu Hotel.

And there’s more to come, like the opening of an Ayala mall at Cebu IT Park in December. That will be the location of another Seda hotel in Cebu that will open in the first quarter of 2020.